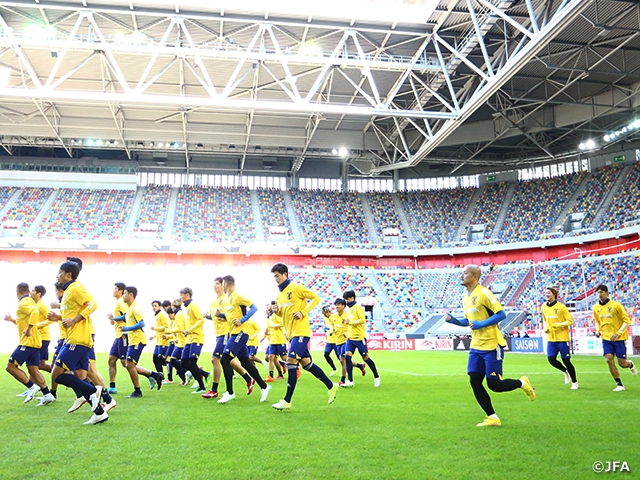 On Thursday 22 September, coach MORIYASU Hajime of the SAMURAI BLUE (Japan National Team) appeared in the official press conference held one day before the KIRIN CHALLENGE CUP 2022 match against the USA National Team, where he shared his aspiration to “use the match as a steppingstone to make forward progress.”

With the FIFA World Cup Qatar 2022™ about to kick-off in November, this match against the USA will be one of two matches left for Japan before finalising their World Cup roster. It will also serve as a crucial prep-match ahead of the group stage, where they will be competing against Germany, Spain, and Costa Rica.

“In order to achieve results at the World Cup, we want to use the match as a steppingstone to make forward progress,” said coach Moriyasu. Their first opponent of the two match series will be against the USA, who are holding their training camp in Cologne. The USA will also be participating in the FIFA World Cup Qatar 2022™ after finishing third in the CONCACAF qualifiers to clinch their 11th World Cup, where they will be facing England, Wales, and Iran in the group stage.

After missing out on the 2018 FIFA World Cup Russia™, the team embarked on a generational change, which saw them win the CONCACAF Gold Cup and CONCACAF Nations League last year. The team has now transformed itself into a team with youngsters under the age of 23 as the mainstay, with 18 of the 26 players on the current roster playing for clubs in Europe, including goalkeeper Matt Turner (Arsenal FC), Christian Pulisic (Chelsea FC) and Giovanni Reyna (Borussia Dortmund).

In the FIFA rankings, the USA is ranked 14th, compared to Japan's 24th. The two sides have an overall record of one win and one loss, and this is the first meeting since Japan lost 2-3 at the KIRIN CHALLENGE CUP 2006 held in San Francisco in February 2006.

Ahead of the match, coach Moriyasu shared his take on the two match series, “The competition level will increase dramatically from the AFC qualifiers. The ability to make smooth transitions between offence and defence will be essential. We want to eliminate our opponents’ strong points while we exploit their weak points.”

The Japanese coach also shared his intention to prioritise players in good form and to continue with their challenge to incorporate number of play options.

On this day, the SAMURAI BLUE held an official training session at the match venue, Dusseldorf Arena, to go over their tactics behind closed doors. 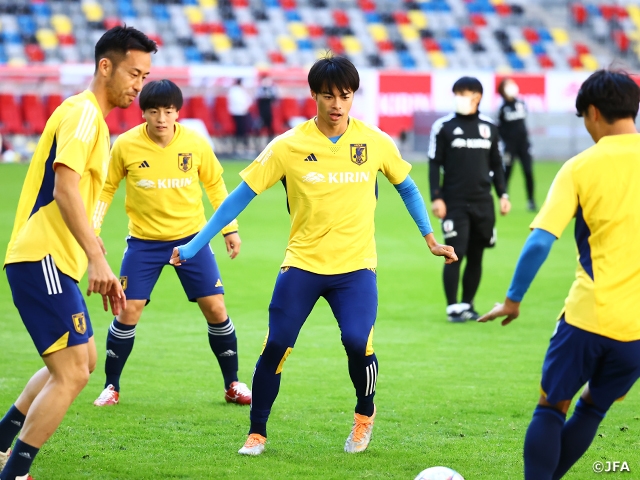 During the first 15 minutes, in which the session was opened to the media, the players were seen going through their warmup routines with the presence of HASEBE Makoto (Eintracht Frankfurt), former captain of the Japan National Team. The field players then went onto conduct passing and positioning drills while the goalkeepers trained on a separate menu, in a session that lasted about an hour and a half.

Hasebe will be with the team for three days, taking advantage of his club's time off. He will share with the players his experience of playing in 114 international matches, including three World Cups. Regarding their decision to summon the former team captain, JFA Technical Director SORIMACHI Yasuharu explained, “We thought the team would benefit from his experience of playing in the World Cup as team captain,” and revealed his intention to support the team off the pitch in their preparations leading up to the World Cup. 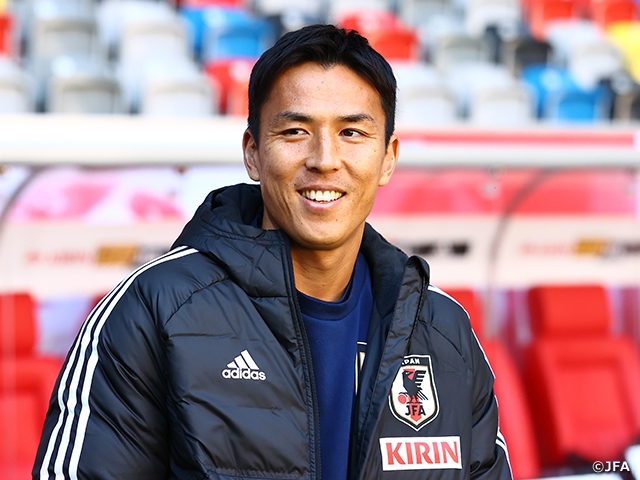 The match between the SAMURAI BLUE and the USA National Team is scheduled to kick-off at 14:25 (21:25 Japan time) on Friday 23. Japan will then face the Ecuador National Team at the same venue on Tuesday 27.