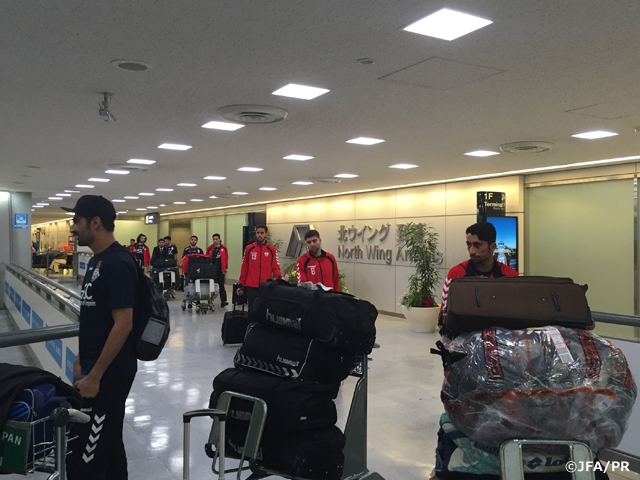 Ahead of the 2018 FIFA World Cup Russia Asian Qualifiers Round 2 to be held on Thursday 24 March at Saitama Stadium 2002, 27 players and staff members from Afghanistan National Team arrived at Narita Airport on Monday 21. Afghanistan had a prep camp in Qatar before visiting Japan for the upcoming match.

Despite the late-night arrival, the team were greeted and encouraged by the Afghanistan Ambassador to Japan and three secretaries. Additional six players arriving in Japan on Tuesday 22 complete their squad. The squad will kick off training in that night to be prepared for the match against SAMURAI BLUE (Japan National Team).