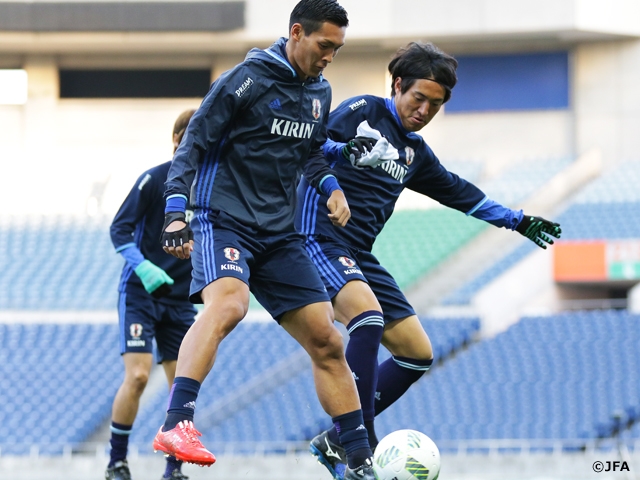 With the FIFA World Cup Russia Asian Qualifiers Round 2 against Afghanistan two day away, SAMURAI BLUE (Japan National Team) opened only the first 15 minutes of this day’s workout to the media before going through their tactics on Tuesday 22 March at Saitama Stadium 2002.

Four players who were behind the schedule to join the team, including forward HONDA Keisuke (AC Milan), midfielder KAGAWA Shinji (Borussia Dortmund), KAWASHIMA Eiji (Dundee United Football Club) and HAVENAAR Mike (ADO Den Haag), also got together with the team. While Honda, Kagawa and Kawashima, who arrived in the morning of the day, exercised separately, Havenaar, who came back to Japan the previous night, started with running with the rest of his teammates at the beginning of the session, showing he was in shape.

Then, in a closed-door session, the squad went through tactics, mainly working on offensive build-up moves.

The national team came into action for the first time since last November in an Asian qualifying match against Cambodia. Honda says, "It's been a while since we got together last time, so we'll try to share our thoughts among us."

Japan boss Halilhodzic expects him to take on a different role from his club where he consistently starts matches this year. "It's fun. It's a challenge for me, and there can be something new," he adds. "Everything is going to change in detail such as where to receive the ball and where to send the ball. I'll go through those details by the end of today or tomorrow."

A total of 12 teams, including the first-placed team in each group and top four second-placed teams will advance to the final qualifying round.

With two clashes against Afghanistan and Syria remaining, Japan have maintained their unbeaten run, standing in the top place in Group E with 16 points after five wins and one draw. They have already secured the top two of the group standings, which is a rough indication to advance to the final round. Meanwhile, Afghanistan do not have any possibility to get through the second round, earning only six points with two wins and four losses after six matches.

The last matchup between them was held last September in Teheran, Iran, considering Afghanistan's domestic instability. Japan beat them 6-0 with Kagawa and forward OKAZAKI Shinji's doubles.

"The final qualifying round is coming up this year, and it will be tough for the World Cup. With any eye for such battles, we need to win the upcoming two matches," says Kagawa.

Following the match against Afghanistan on Thursday 24, Japan will have their last match of the Asian qualifiers second round against Syria on Tuesday 29 again at Saitama Stadium 2002. 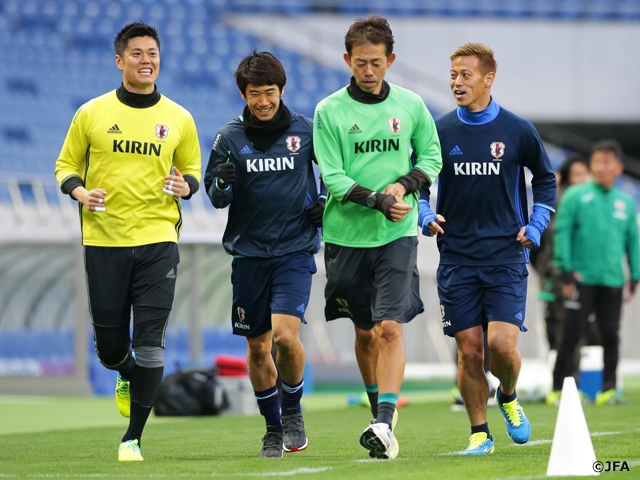 MF  KAGAWA Shinji (Borussia Dortmund)
Our coach expects me to show something that leads to scoring a goal on offence, and he also tells me to bring experience to the team. I'm always responsible, and it's certain that I need to get results by getting my work done on the pitch. I know I still have something missing for fulfilling that role. The team need to win in the first place, but I will also try to work harder to bring something to the team.

FW  HONDA Keisuke (AC Milan)
As an individual, I've been focusing on how I can get close to what I want to do in any circumstances whoever the opponents are. The national team matches are important and I will try to go out to get something good in the upcoming two matches. It's important to find space and create as many chances as possible against a team sitting back. The challenge we got from the last match is that how many chances we can make when the opponents are still full of energy in the first half. I will try to be flexible and integrate what our coach expects from us with what the players feel so that we can threaten the opponents.

GK  HIGASHIGUCHI Masaaki (Gamba Osaka)
I'm always ready to play every time I'm called up to the national team. I'm working out with attention even during practice to get my work done. This is the FIFA World Cup Qualifiers, so team's win is the first thing. I will try to be aggressive on cross balls and set pieces. One single mistake can be a fatal wound on the nature of goalkeeper, and I won't be able to play all the time, even if I win coach's trust here in the national team. Every single time is a challenge, and the thing is its accumulation.

MF  HARAGUCHI Genki (Hertha BSC Berlin)
The club and the national team are different. You need to refresh your mind and get yourself ready. First you need to do what you are expected. You don't play football on your own and we want all eleven players on the pitch to be on the same page. We are working on such kind of football, so I will put myself second and think about how the team can work together smoothly.

DF  MAKINO Tomoaki (Urawa Reds)
Having rivals at my position always brings me a sense of urgency. That leads to my growth. It's also a good opportunity for me to improve myself to talk and play with players at different positons. But I think I need to be a presence who is not always given something but also give something to others. Like firing up the team, there are a lot of things only I can do. I've got a lot of no-nonsense words from our coach during the domestic camp as well. I will try to show myself evolving by keeping doing what I’m supposed to do. 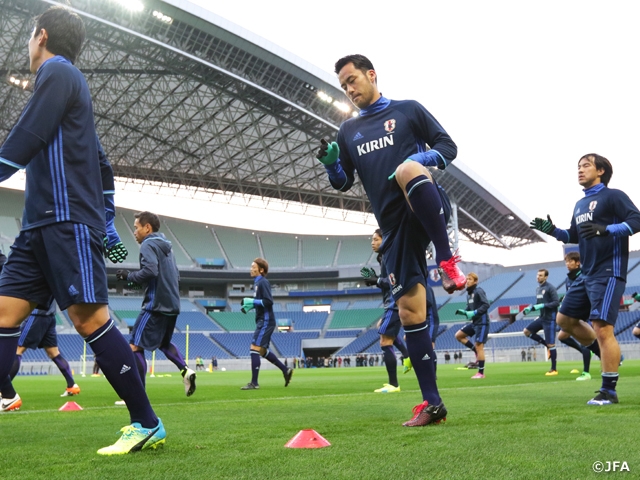