A time to reflect on respect and fair play - Elimination of Violence in Football Vol.111 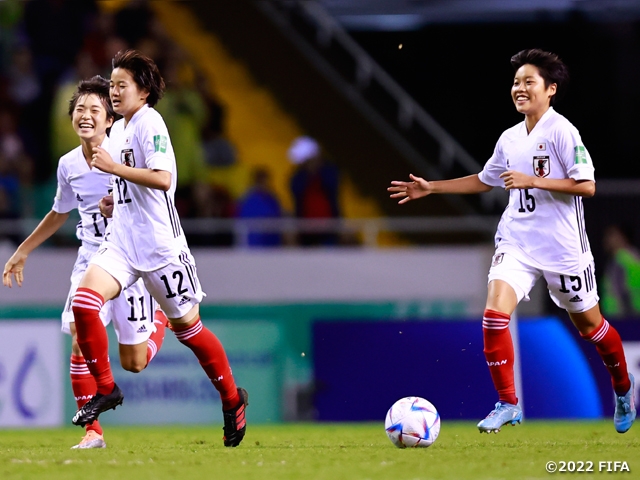 Showing the Nadeshiko Colour on and off the pitch

The U-20 Japan Women's National Team finished as runners-up at the FIFA U-20 Women's World Cup Costa Rica 2022™. Despite losing 1-3 to Spain at the final, in which the team was aiming to defend their title and "make up for the previous tournament, which was cancelled due to the pandemic," it was a tournament that showcased Nadeshiko's colour to the fullest extent. Through all six matches of the tournament, I think the team was able to gain valuable experience for the future. Thank you very much for your support.

As well as finishing second, the team also won the Fair Play Award once again. This was not something they had practised as part of their national team commitments, but something that came naturally to the players because they had practised it every day with the team they had been a part of since they began to play football. We would like to thank all our football families across the country and share the joy of this runners-up finish as well as the Fair Play Award.

JFA places great value on respect and is resolutely opposed to discrimination and violence in football and other sports and is working on various initiatives to create a world without discrimination and violence. With the cooperation of various leagues and federations, JFA has established the “JFA Respect Fair Play Days” since 2014 to spread the message widely across the country.

As in previous years, the JFA Respect Fair Play Days will be held in 2022. Continuing on from last year, many events and competitions have been cancelled or postponed due to the pandemic. Therefore, in order to provide more opportunities to consider and implement the notion of respect and fair play, we have decided to extend the duration of the event, which in previous years was held over 10 days, to a full month. We would like to carry out the following activities so that the spirit of respect and fair play can be widely considered, practised, and communicated throughout our country.

We would like to ask you to take all possible measures, such as pre-match declarations by captains, in-field announcements, banner displays, etc., to spread the spirit of respect and fair play to as many people as possible at matches and events, while also carefully following the guidelines to prevent the spread of COVID-19. We hope to make this a time of the year when everyone reflects on respect and fair play.

We have listed examples of activities that can be carried out on match days, but we would like to encourage clubs and teams to think and implement activities of their own. Please listen to the voices and ideas of the players and share with us about the events you have carried out. 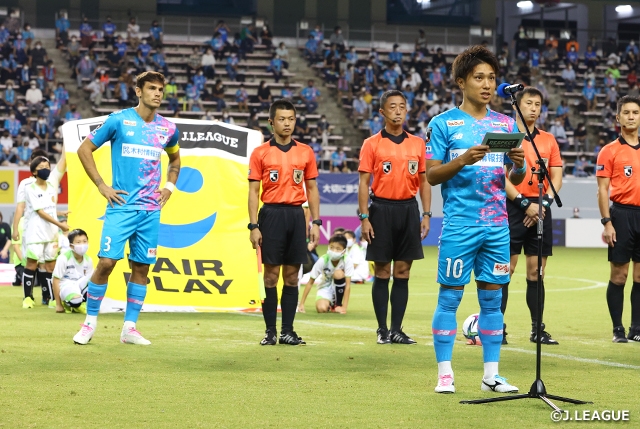 〔Activities〕
(1) Declaration of respect and fair play on match days, Display of the respect flag
Detail: Held in various competitions such as the J.League, WE League, Nadeshiko League, F.League and tournaments organised by regional and prefectural football associations.
※Please carry out these activities and submit an activity report. The activities will be published on the official JFA website at a later date.

(3) Organisation of the Respect Awards
Application period: until 30 September
Detail: Seeking for scenes with respect. By highlighting people and scenes that are filled with the spirit of respect and fair play, the Respect Project aims to further promote and disseminate the project.
Nomination: Self-recommendation or recommendation by others. Application can be submitted via the application form.
Selection method: Selected by the JFA Respect and Fair Play Committee.
Awards: Reported on the official JFA website