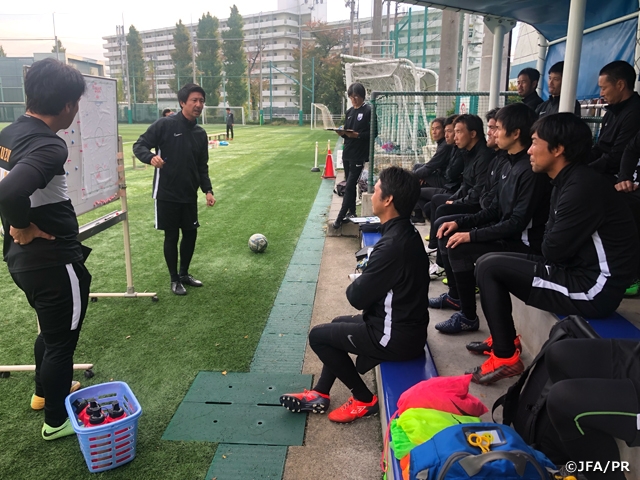 The final week of S-Licence Coaching Course 2019 module 4 has started, which also brought the final coaching session held at Mitsubishi Yowa Sugamo Sports Center, after the training field was utilised since 2003.

Mr. TOKISAKI Yu
Module 4 has started following a month-long break, and now we have entered the final week of the module. We were able to conduct another productive week full of lectures and coaching sessions. The S-Licence Coaching Course 2019 is finally nearing its end, and we have nurtured a positive relationship among the participants. As we are all striving to make a career in football, we hope to utilise the remaining time of this course to the fullest and gain precious knowledge to become a better coach.

Monday 11th
Mr. SUZUKI Jun lectured us on the importance of coach’s management skills, as he shared us with real life experience he gained as a coach at Yamagata, Niigata, and Omiya. His lecture made us realise that there are so many ways to manage a team, and I will never forget his words. I was especially impressed by his story about not letting the players get satisfied by just reaching the professional level. He has expressed that the coaches must understand the players and guide them to strive for a higher level. We also learned that coaches could manage the team both on and off the pitch, but it comes with very difficult decisions at times.

JFA President TASHIMA Kohzo has lectured us on the activities conducted by the JFA to heighten the level of Japanese football. We were deeply moved by his words given at the lecture, as he mentioned, “coaches must carry the passion and professionalism to strive to become a better coach. It is important that the coaches continue to improve themselves.” President Tashima has also took the time to answer each of our questions. His guidance has given us a wider perspective and provided a very productive time for us.

Following the lecture given by President Tashima, Professor NAKAYAMA Masao from University of Tsukuba took the podium. As the Promotional Manager of the JFA Technical Committee, he lectured us on the importance of grassroots activities in Japan. Through his lecture, I strongly felt the need to clarify and heighten the value for the stakeholders.

Tuesday 12th
The statement made by coach Bruno GARCIA of the Japan Futsal National Team left a strong impression, as he mentioned that coaches must have their own philosophy and construct the team based on their game-model, play-model, and training model. He also stressed the importance to make the decision to select the most optimal players based on their philosophy. During the practical training session, we were given the opportunity to go through futsal drills that required us to use our head, and it allowed us to feel the joy of playing futsal. 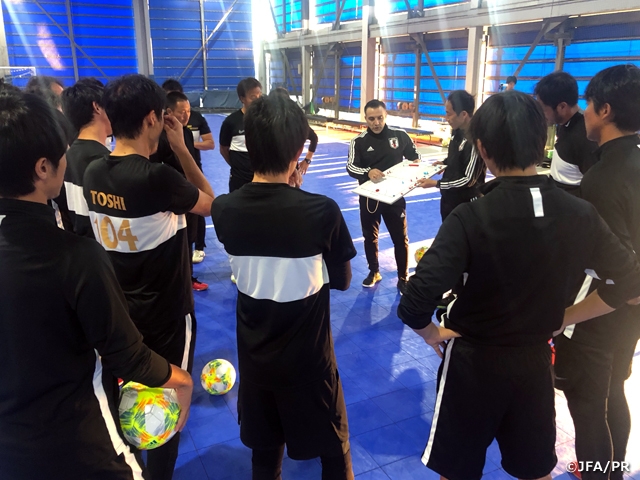 Wednesday 13th
On this day, Waseda University’s Professor HARADA Munehiko lectured us on the newest trends in sports business and sports management. Through the lecture, Professor Harada educated us on the history of sports business in Japan and how the industry will change in the Reiwa era. His words gave us the opportunity to rethink about our roles as coaches and what we can do to further develop the sports industry.

The coaching sessions held during this module were based on the basic seven themes, and the sessions were carried out with the support of the staffs of Mitsubishi Yowa and the Edogawa University football team. On this day, we focused on the themes of “allowing players to play football,” “allowing players to play freely,” “provide detailed coaching,” and “provide detailed strategies.” Throughout the session, we gave out detailed directions and held discussions to allow the players to fully understand the team concept, and it gave us a very productive time on the field.

Thursday 14th
On the final day of module 4, we held an 11 vs 11 scrimmage between the Mitsubishi Yowa staffs and the course participants. We selected a coach prior to the match and held a meeting to determine our system and strategy, while we also went over the responsibilities of the players and coach to win the match. Both teams were testing the waters in the first half, but the competition intensified in the second half, as both teams started to show quicker transitions to threaten the opposing goal. The match ended in a scoreless draw, but the winner was determined by penalty kicks, as the S-Licence participants earned the victory.

With the conclusion of module 4, we have now finished all of our coaching sessions for 2019.

In behalf of all of the S-Licence Coaching Course 2019 participants, I would like to thank the Edogawa University football team for all of their support since April. Their sincere attitude has allowed us to conduct very productive sessions, and we are so grateful for their support. We were given the opportunity to learn so many things from the sessions we conducted with them. As friends who spent so much time together on the pitch, we sincerely hope for the future success for all the players. Thank you so much.

Also, the Mitsubishi Yow-kai has supported the S-Licence Coaching Course since 2003. For 16 years, they have provided us with their training fields and players to conduct our courses smoothly. They have worked tirelessly from early in the morning to late at night to support us. We thank them from the bottom of our hearts, and we also would like to cherish our relationship we have nurtured during the time we spent with each other. Thank you very much.

The S-Licence Coaching Course 2019 will now enter module 5, where the participants will take their final lecture, written test, and coaching test to conclude the course. We will continue to support and inspire each other to finish the course on a high note. 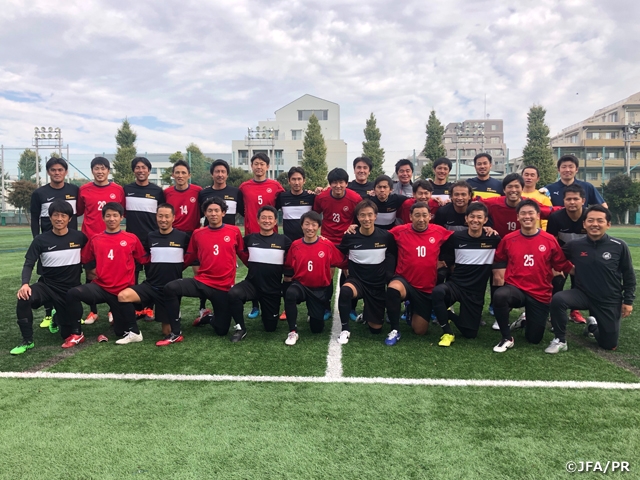