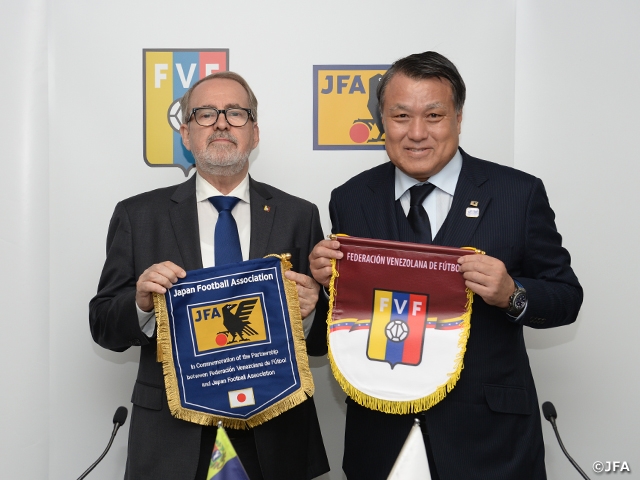 The MoU further focuses on knowledge sharing and exchange programmes in order to cooperate together for further development of football in both Venezuela and Japan.

The signing ceremony took place at Panasonic Stadium Suita, the venue for KIRIN CHALLENGE CUP 2019, and the ceremony went in an amicable manner with the presence of Mr. Laureano GONZALEZ, President of Federacion Venezolana de Futbol and Mr. TASHIMA Kohzo, President of Japan Football Association.

Both football organisations positively discussed as to how football exchanges can be enhanced through the signing of partnership this time, and expressed expectation for the future initiatives. 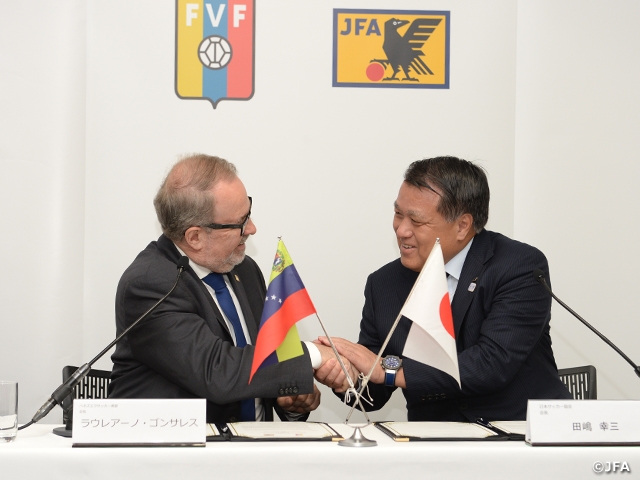 Until today JFA has signed a MoU with the following football associations, confederation and club