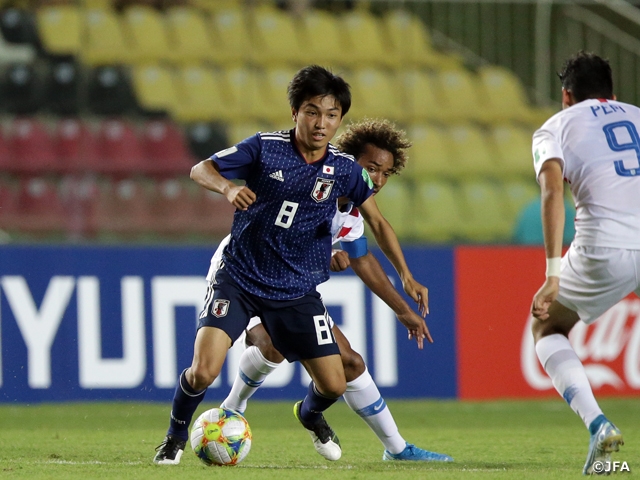 On Wednesday 30 October, the U-17 Japan National Team played their second group stage match of the FIFA U-17 World Cup Brazil 2019 against the U-17 USA National Team. The Japanese side struggled against the persistent defence showcased by the USA and finished the match in a scoreless draw. 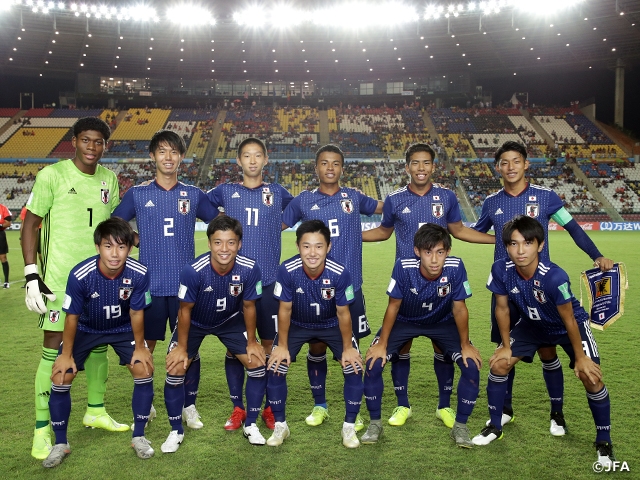 Japan tried to take the initiative by moving the ball around in the midfield but struggled to create any threats in the early minutes. As coach MORIYAMA Yoshiro reflected after the match, “The USA made changes to their approach and played very defensively against us,” the American side displayed a persistent effort to contain Japan from showcasing their usual performance. The Japanese players were thoroughly analysed, as their striker, Wakatsuki, who scored a brace in the first group stage match, was shutout completely by the American defenders.

In efforts to break the deadlock, Japan brought in NISHIKAWA Jun (Toko Gakuen High School) in the 57th minute. With the team picking up their pace, a golden opportunity was created in the 73rd minute, when Wakatuski timed himself perfectly to connect with the cross delivered by Hata, but his header was saved by a superb save made by the opposing goalkeeper. Despite the final efforts made by Japan, the match ended in a scoreless draw, as the two teams shared a point apiece. 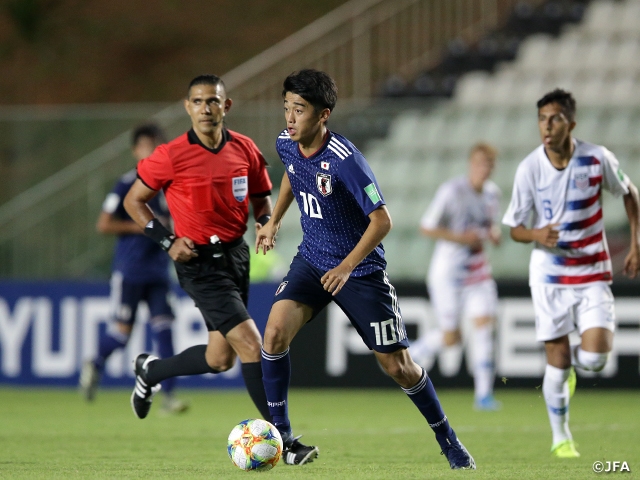 After the match, coach Moriyama mentioned, “The players were very disappointed, but this match has taught us the difficulties of the World Cup. Four points in two matches is not a bad result, so we must stay positive.” With the team scheduled to play their third group stage match in three days, Wakatsuki shared his aspiration, “We must reset our minds and give our best efforts to prepare ourselves ahead of our third match against Senegal.”

MORIYAMA Yoshiro, Coach
The players struggled dearly to showcase their usual performance today, but that’s part of the difficulties we must deal with when playing in the World Cup. I told my players not to get too comfortable following our win over the Netherlands, but there must have been a mental factor that affected our players in today’s match. However, four points in two matches is not a bad result, so we must stay positive.

DF #2 SUZUKI Kaito (Jubilo Iwata U-18)
Although we faced some tough stretches during the first half, it was great that we managed to keep a clean sheet. However, we needed to play more collectively in defence, as we allowed our opponents to send in crosses too freely. Through this match, we saw plenty of room for improvements. With our opponent taking an unexpected approach, we weren’t able to make the necessary adjustments on the pitch, and that’s an aspect we need to work on.

DF #5 HATA Taiga (Funabashi Municipal High School)
This was a match we had to win. We had plenty of chances to score, but we lacked quality at the final third. Our defence also gave up numbers of close opportunities, and we had to do a better job to give our offence more time with the ball.

FW #10 NISHIKAWA Jun (Toko Gakuen High School)
Our opponent came out applying aggressive pressure from the first half and they looked very tired when I entered the match. However, we still failed to score goals against them. We lacked quality in our shots and didn’t have enough creativity to break down the flanks. The only good thing was that we were able to walk away with a point.