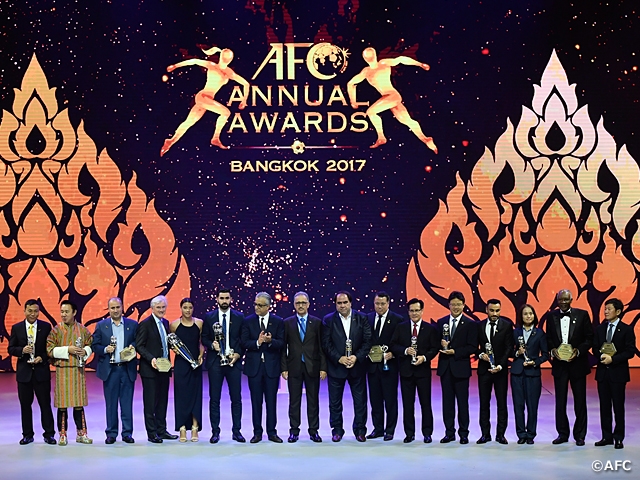 On Wednesday 29 November, the AFC Annual Awards 2017 was held in Bangkok, Thailand where Japan received the AFC awards in three categories. While the “Dream Asia” award was presented to the Japan Football Association (JFA), HORI Takafumi, coach of Urawa Red Diamonds, was named as the AFC Men’s Coach of the Year and TAKAKURA Asako, coach of Nadeshiko Japan, received the AFC Women’s Coach of the Year. 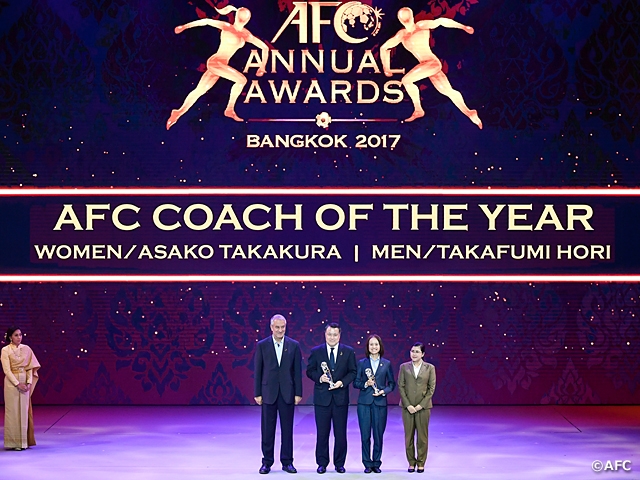 TASHIMA Kohzo, President of the Japan Football Association
It is a great honour to receive the Dream Asia Award. Japan Football Association (JFA) have engaged in several projects for our society such as JFA Kokoro Project, JFA Green Project and JFA Kids Project. We regard these as our investment for the future of Japan, and further believe that these projects will strengthen our national team and accelerate the development of football in Japan. I am also confident that they will promote the development of all the sports in Japan. We appreciate all the hard work from those who are involved in the development of football in Japan. We will accelerate our efforts while we keep in mind all the support that we received from those people. I would like to express my gratitude again to the Asian Football Confederation for considering highly of our projects. We hope to expand these projects outside of Japan and in other Asian countries as well.

TAKAKURA Asako, Coach of Nadeshiko Japan (Japan Women’s National Team)
I am honoured to receive the AFC Women’s Coach of the Year award. I couldn’t have received this award without the support from our staff and the players who have held our national flag and fought together. I would like to thank them for all their support and hard work. And above all, this award goes to all the women’s team coaches who have worked hard every day to develop their players and gave them the chance to play for the national team. I acknowledge that I still have a lot of areas that I need to improve. Thus, I will keep doing my best in order to receive this award again. Lastly, I would like to thank once again all the support and help that I received from everyone who is involved in women’s football in Japan. 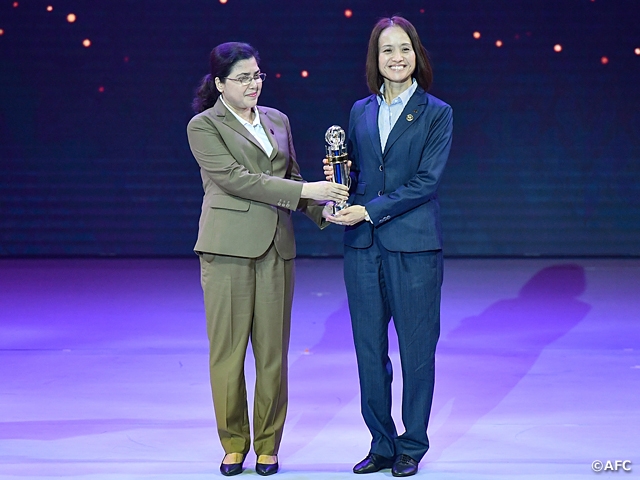