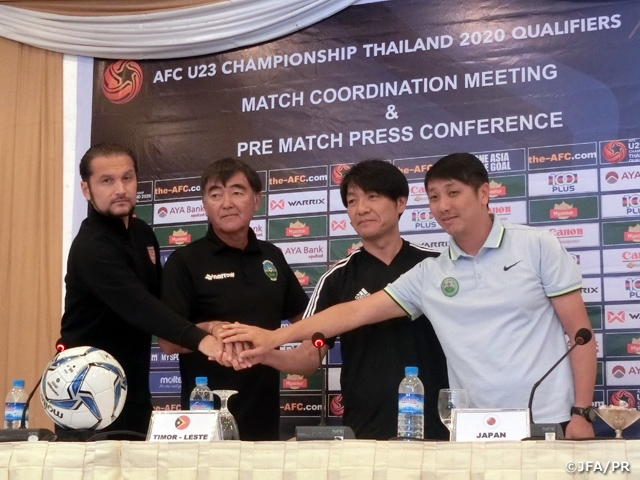 On Thursday 21 March, the U-22 Japan National Team held an official training session, one day before their match against the U-22 Macau National Team at the AFC U-23 Championship Thailand 2020 Qualifiers.

After wrapping up their session by conducting a scrimmage and going over their set-plays, Acting Coach YOKOUCHI Akinobu told his players, “Anything can happen in football. That’s why we must stay together as a team.” Midfielder MIYOSHI Koji, who was the only player to participate in all the team activities last year, shared his aspiration ahead of the first match, “We will prepare ourselves to face any circumstances. We tend to tense up in first matches, but we will focus on earning three points.” The midfielder continued by mentioning about their opponent Macau, “They have a typical Asian style and we might see them drop deeper than usual. We must find ways to break through while taking control of the ball possession. It’s also important that we don’t give away any chances.” 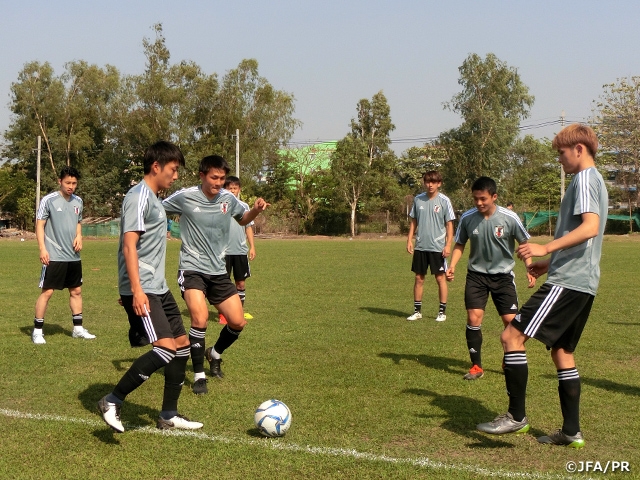 An official press-conference was held prior to the training session, as the four coaches from teams of Group I took the podium. With 15 TV cameras and nearly 50 reporters showing up for the press-conference, it certainly showcased the anticipation towards the local Myanmar side. Acting Coach Yokouchi stated, “Anything can happen in football. All three teams we face are dangerous teams.” He then followed by saying, “I want to see how our players respond to the hot weather and tight match schedule.” 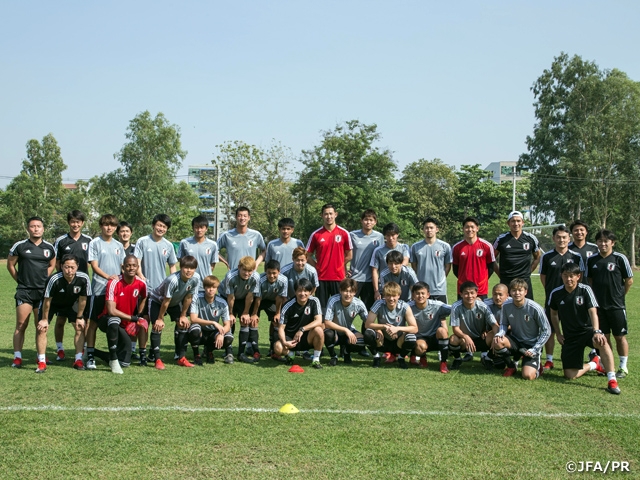 DF #4 ITAKURA Kou (FC Groningen)
Compared to the Netherlands, there is a huge temperature difference, but we must compete in this environment. It will certainly be a tough match, but it will also give me a great experience to play with this team under such circumstance. We are only focused on the first match for now. Macau has great speed upfront. Although we have never faced them before, we hope to make the adjustments accordingly on the pitch. Despite the match conditions, we will do our best to showcase what we’ve been working on and earn a victory.

DF #21 MACHIDA Koki (Kashima Antlers)
I have always thought that if I can compete and earn a starting position for the Kashima Antlers, it might help me earn a spot for the national team. (Since the last time joining the national team) The member has not changed much, and I am glad that my performance with my club has been assessed. However, I have not achieved anything yet, and I hope to become a player that consistently gets called up to the team. The three-back system is a new challenge for me, but the objective of defending the goal will always remain the same. The first match of the tournament will always be a difficult, so we will stay together and work hard as a team.

MF #17 MATSUMOTO Taishi (Sanfrecce Hiroshima)
The experience at the Asian Games has led me to the current state. The tight match schedule and the tough opponent we faced at the final has really allowed me to reach a higher level. This time, while we focus on the team balance and risk management, my goal is to be critical at the final third. I will communicate with whoever I play with and strive to reach higher standards.