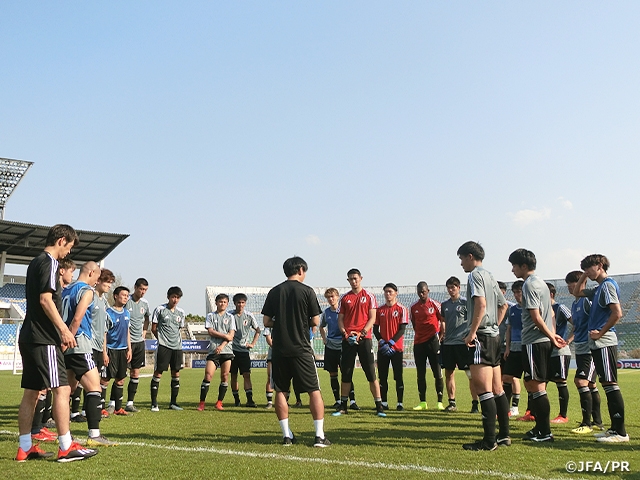 On Wednesday 20 March, the U-22 Japan National Team held an official training session at Thuwanna Stadium, where they will be playing their first match of the AFC U-23 Championship Thailand 2020 Qualifiers on the following day.

With few of their players arriving in Myanmar on the day before, the team was able to hold their first training session with all 23 players. During the session, the players were seen going through their warmup routines while checking out the pitch condition. The team then conducted an 11 vs 11 drill in a small grid, where the players were limited with their ball touches. The players were then separated into offence and defence to go through their own drills, followed by a scrimmage to conclude the session. 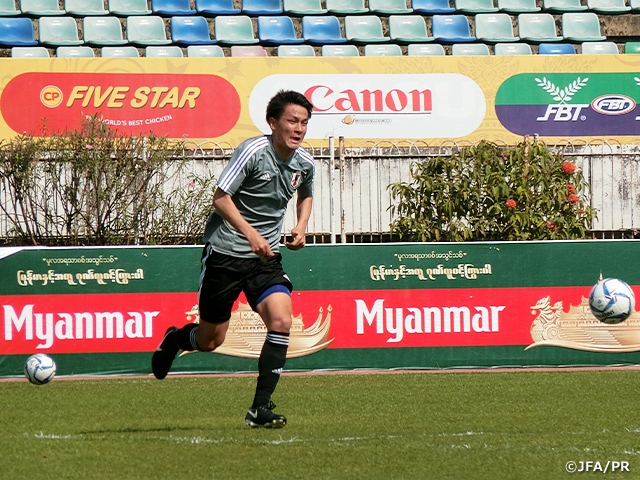 Many of the players in the current squad were originally selected by Coach MORIYASU Hajime in December 2017, when the team was first established. The team has since played in a few tournaments together, but for defender MACHIDA Koki and midfielder SAITO Mitsuki, this was their first call-up. While Machida was last called-up by the U-20 Japan National Team in 2017, Saito was side-lined from last year’s squad that participated in the Dubai Cup U-23 due to injury. Regarding the U-22 National Team debutant Machida, Coach Moriyasu described, “His ability to earn a starting job as a centre half at a J1 side is good enough to get him on the shortlist. He has been showcasing his solid defence, left footed feeds, and aerial strengths at Kashima.” 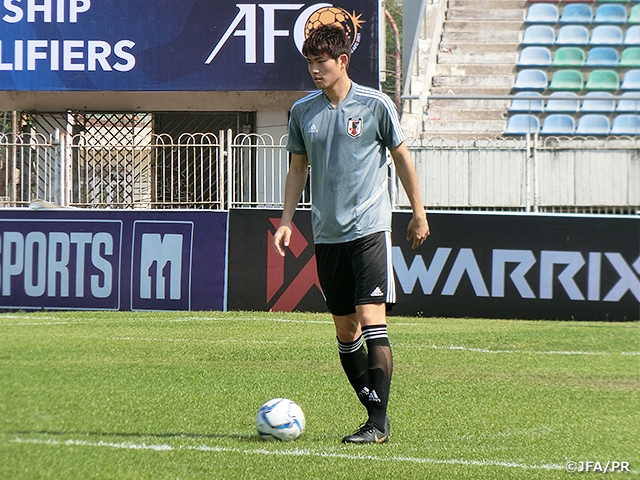 Following the AFC U-23 Championship and the Asian Games, high expectations await the U-22 Japan National Team in this qualifier. From their recent tours, the players have experienced the scorching heat and tough match schedule. Now they are seeking to heighten the quality of their collective approach and combinations in the remaining time before the qualifier. 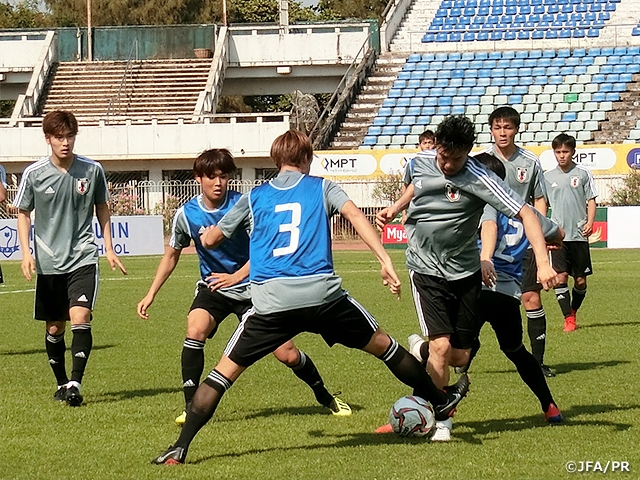 GK #1 KOJIMA Ryosuke (Oita Trinita)
It’s been a full year since this team was launched by Coach Moriyasu. The team has shown great understanding of the team strategies, while the quality of our combinations has improved over the past events. When we look at our defence, it is clear that we have improved our consistency from the AFC U-23 Championship held in January to the Asian Games held in August of last year. With each player improving their individual quality by earning more minutes at their clubs, we have been able to gain more confidence and deepen our understanding on the team strategies. While we are playing together at the national team, we have been focusing on our communication to keep ourselves on the same page. It’s important that we heighten the quality of our plays while showing consistency during this qualifier.

FW #7 MAEDA Daizen (Matsumoto Yamaga FC)
I personally prefer hotter climates, so I have been able to condition myself well. I have scored in each of the tournaments I participated as a member of the national team, so I hope to continue that trend and earn three wins at this qualifier. We have many talented players on this team, so if we can keep ourselves on the same page, we can become a very strong team. That is why we must share our characters in our training sessions. I am always aware of the other players playing in my position, including those who plays for the top team. My strong point lies on my speed and I am focused on giving my best in the opportunities I am given. The competition in Asia is tough, so I hope to stay ahead of each play. 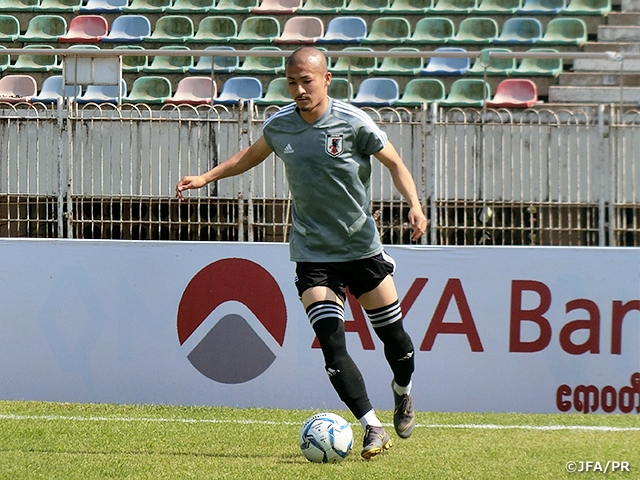