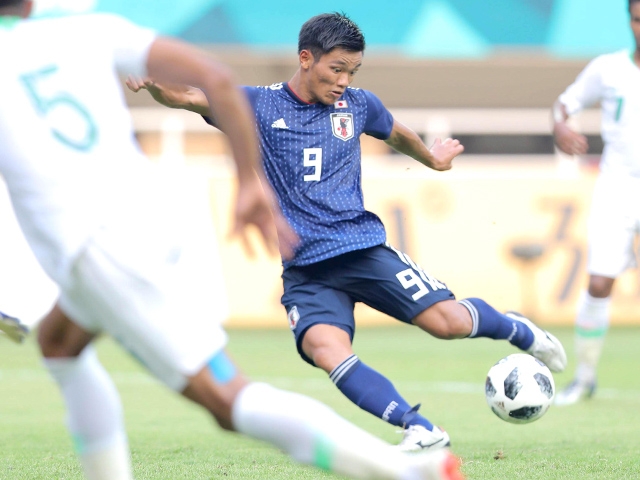 On Monday 27 August, the U-21 Japan National Team faced the U-21 Saudi Arabia National Team at the quarterfinal match of the 18th Asian Games 2018 Jakarta Palembang. With the help of IWASAKI Yuto’s brace, Japan advanced to the semi-final with a score of 2-1.

Japan will face UAE at the semi-final on Wednesday 29 August.

After making one change in their line-up since their match against Malaysia in the round of 16, Japan entered the match with KOJIMA Ryosuke at goal, OMINAMI Takuma, TATSUTA Yugo, and ITAKURA Kou forming the three-man defence line. NAGANUMA Yoichi and SUGIOKA Daiki placed in the flanks, with WATANABE Kouta and MATSUMOTO Taishi as the central midfielders. MAEDA Daizen was named as the lone striker with HATATE Reo and Iwasaki positioned right beneath him.

Facing a strong and fast opponent, Japan entered the match with the intention to keep their intensity high, as they chased down the ball aggressively from their front line. In the fifth minute of the match, Iwasaki collected a loose ball before penetrating the penalty box and struck a shot, which was blocked by the goalkeeper. Maeda fired a shot in the sixth minute following a corner kick, but once again was denied by the opposing goalkeeper. Saudi Arabia also sought for their opportunities as they moved the ball around, but Japan showcased a collective effort in defence to deny them from creating chances. The deadlock was broken in the 31st minute, when Matsumoto forced a turnover and dished the ball to the left side where Sugioka awaited. Sugioka then delivered a low driven cross towards Maeda at the centre, who laid down the ball to allow the on-running Iwasaki to slot the ball into the goal. However, the match would be levelled in the 39th minute when Saudi Arabia penetrated the left side of the Japanese defence before making a quick cut back to the centre, allowing them to strike a shot at goal. The shot was initially blocked by the Japanese goalkeeper Kojima, but the deflection bounced off his defender and went into the goal. The match entered halftime with a score of 1-1. 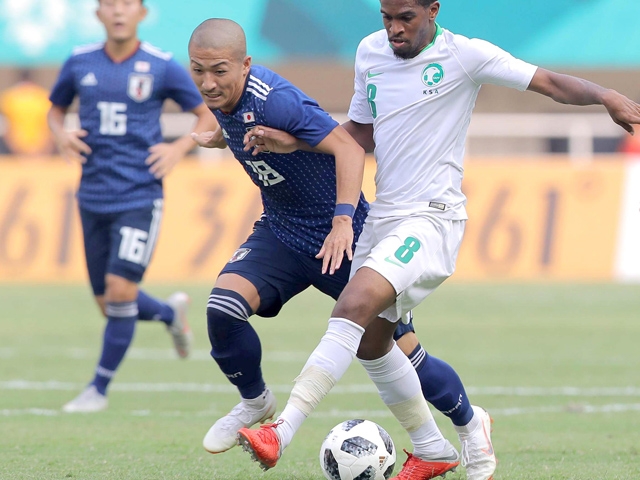 Japan entered the second half with high concentration, but the Saudi Arabia side anticipated their opportunities with their quick speed to initiate their fast breaks. In the 50th minute, their forward CAMARA dropped the ball to midfielder GHAREEB, who struck shot that went just wide of the Japanese goal. Camara broke through to threaten Japan in the 54th minute, but Tatsuta made a sliding effort to clear the ball. In the 54th minute, Japan brought in ENDO Keita for Naganuma, followed by bringing in MIYOSHI Koji for Hatate in the 60th minute. As Miyoshi later reflected, “I entered the match with the intention to give the team momentum,” the Japanese offence seemed to get revitalised after the substitutions were made. Endo also entered the match with a strong intention, as he later mentioned, “If I was given the opportunity to play, I was going to play in behalf of all the other players who were on the bench.” In the 73rd minute, Endo delivered a long ball to the left flank where Maeda awaited, who then penetrated the penalty area before cutting back the ball towards the goal, allowing Iwasaki to convert this opportunity to give Japan the go-ahead goal. Saudi Arabia continued to make efforts to equalise the match, but the Japanese defenders played tenaciously to deny them from creating opportunities. In the 84th minute, Camara broke through once again to threaten the Japanese goal, but Kojima made a fine catch to keep the score intact. Japan would go onto win the match with a final score of 2-1, advancing into their second semi-finals in three attempts at the Asian Games.

On this day, four other quarterfinal matches took place at the Asian Games, setting up the fixtures for the semi-finals, as Vietnam will face Korea Republic, while Japan will take on UAE. The semi-final match for Japan is scheduled to be played on Wednesday 29 August with a kick-off time of 19:30 local time (21:30 Japan time) at Pakansari Stadium.

MORIYASU Hajime, Coach (U-21 Japan National Team)
We entered the match with the intention to deny the attacks created by Saudi Arabia while hiding our weak points. The players made effective adjustments during the match by communicating with each other to take advantage of the systematic mismatches they saw on the pitch. Compared to our match at the round of 16, where our only goal came from a penalty kick, we managed to score goals from sequences of plays today, and despite conceding a goal, our players showed their persistency to retake the lead. However, we still need to heighten the quality of our decision makings and up our tempo in order to create situations that are unfavourable for our opponents, while taking the initiative of the match.

DF #19 OMINAMI Takuma (Jubilo Iwata)
We kept on communicating among the three defenders on who will make the approach against our opponents and managed to contain Camara from doing his job. After playing the match against Vietnam, we have gotten more aggressive towards the ball. I personally gained lots of confidence through today’s match, but I will stay eager to improve myself, because our goal is set to win the title.

DF #20 TATSUTA Yugo (Shimizu S-Pulse)
We entered the match with strong intentions to take the initiative of the match, and we wanted to be able to manage our defence line regardless of who starts in the match. Including the bench players, everyone seemed to be focused throughout the match today, and our plays were crisp. In times where we made mistakes, everybody kept on talking to each other to make the necessary adjustments. With all the matches we’ve played, we are getting fatigued. From here on, the mental aspects will be more important than the technical areas, so we will prepare ourselves well ahead of the next match.

MF #13 IWASAKI Yuto (Kyoto Sanga F.C.)
The goals were led by a total team effort. In the first goal scene, Matsumoto fought hard to win the ball that led to our counter attack and Maeda won the one-on-one situations to create the second goal. The three attacking players failed to score in the match against Malaysia, so we entered the match with strong intention to score goals. However, despite scoring goals, we made some crucial errors in the final third, so we must improve ourselves in that aspect. 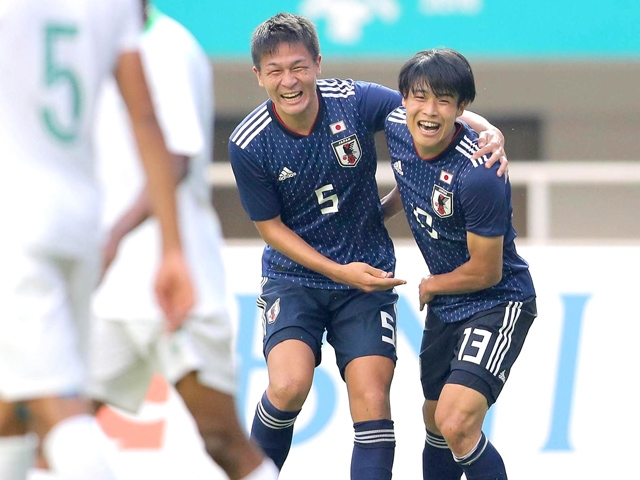