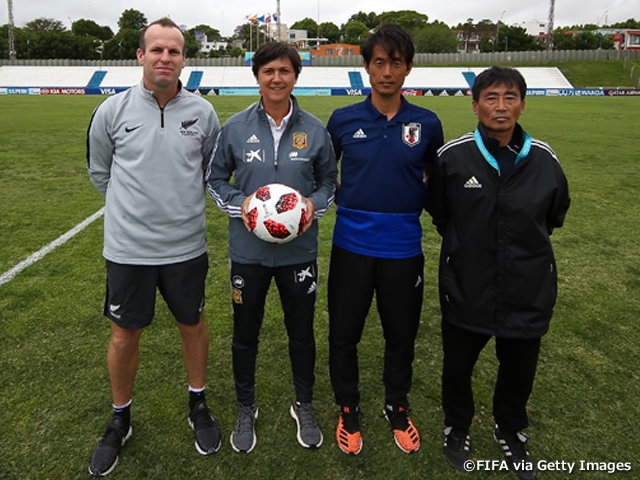 Following the conclusion of the group stage, the final eight teams advancing to the quarterfinals has been determined at the FIFA U-17 Women's World Cup Uruguay 2018. The U-17 Japan Women's National Team made their way from Maldonado to Colonia, where their quarterfinals match against New Zealand will be held. Ahead of the match day, on Friday 23 November, the coaches of Japan, New Zealand, Spain, and Korea DPR appeared in the official press-conference at the match venue.

After advancing to their first ever quarterfinals at the U-17 Women's World Cup, New Zealand’s Coach Leon BIRNIE mentioned, “We are very excited to play in our first every knockout stage. Japan is a team with great quality and they can move the ball around very well. The match will present us with a great challenge, but we will give our best to win through to the semi-finals.”

On the other hand, Coach IKEDA Futoshi shared his take of the match, “We must be really careful of how we enter the match against New Zealand. I want my players to play with confidence and showcase what they have been working on.” 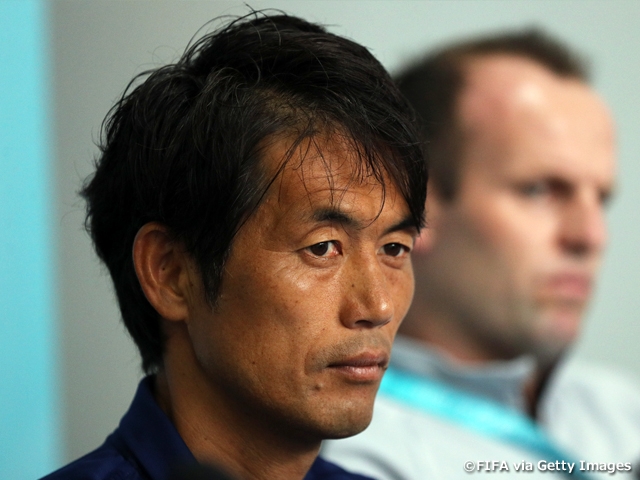 IKEDA Futoshi, Coach (U-17 Japan Women's National Team)
I am glad to be here in the knockout phase. We are hoping to play and experience six matches, which is the maximum matches at this World Cup. In order to do so, we must prepare ourselves well and focus on what we must do ahead of the match. We will give our best in our match tomorrow. 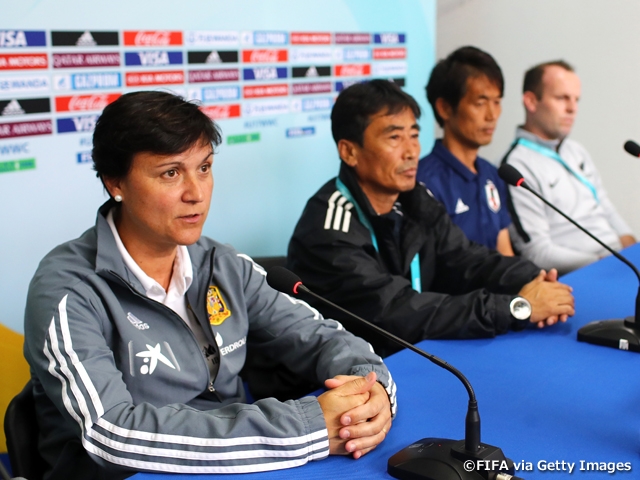