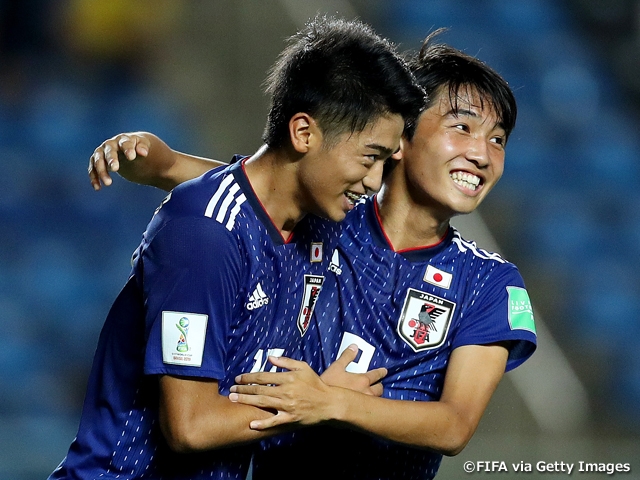 On Sunday 27 October, the U-17 Japan National Team faced the U-17 Netherlands National Team in their first group stage match of the FIFA U-17 World Cup Brazil 2019. Despite facing Netherlands’ aggressive pressure, the Japanese side showcased a resilient performance to shutout the opponents while scoring three goals to earn a 3-0 victory to start the tournament. 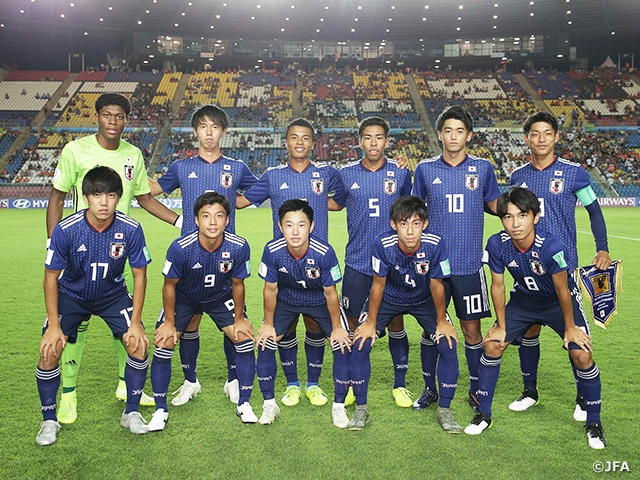 The Japanese players looked nervous in the early minutes, but as coach Moriyama mentioned, “We spent the past four days simulating this match against the Netherlands,” they kept their defence organised to shut out the opponents. The team effectively applied pressure to deny the Netherlands from building their plays while creating chances from counterattacks, as Fujita later reflected, “We knew exactly when to apply pressure and when to retreat.”

The golden moment came in the 36th minute, when Nishikawa dribbled up the field before sending a through ball to Wakatsuki, who calmly converted the opportunity to score the opening goal. Japan’s second goal would come from the same duo in the second half, as Nishikawa once again assisted Wakatsuki’s goal in the 69th minute. VAR came into action in the 77th minute, as a Dutch player committed a handball inside the box to give Japan a penalty kick. It was Nishikawa who stepped up to take the spot kick and converted the shot to extend Japan’s lead to three goals. Despite the final efforts made by the Netherlands, Japan showcased a persistent effort in defence to keep the clean sheet intact, as they took away a 3-0 shutout victory in their first match of the tournament.

As coach Moriyama reflected after the match, “The players ran their hearts out,” Japan displayed a tremendous effort to defeat the European champions and got off to a great start at the World Cup. 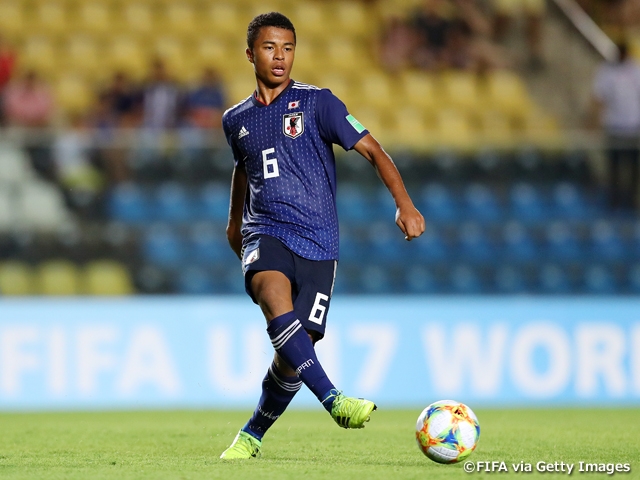 MORIYAMA Yoshiro, Coach
We have spent lots of time simulating the Netherlands’ attacks in our training sessions and the shutout victory against Nigeria has also gave us great confidence entering this match. Our players did well to create a positive vibe and I actually had to tell them to get more nervous ahead of the match. The players ran their hearts out today.

DF #3 HANDA Riku (Montedio Yamagata Youth)
The Netherlands didn’t utilise their combinations as we thought, but rather sought for their opportunities through long balls, so we focused on taking care of the open space behind our line. However, we frequently allowed them to possess the ball upfront, so that is definitely something we must address ahead of our next match. Overall, I think we managed to showcase a solid performance as a team.

MF #17 TANAKA Satoshi (Shonan Bellmare U-18)
Although I was fully prepared to play in the match, I thought I was starting on the bench, so I was surprised when I saw my name on the starting line-up. I entered the match with the intention to play in behalf of all the players who couldn’t make it here. With the support of Fujita, I was able to contribute to the team’s defence by winning the ball in the midfield area.

FW #9 WAKATSUKI Yamato (Kiryu Daiichi High School)
I am truly happy with this result. I believe I was having the best time at this U-17 World Cup today. Nishikawa and I are always on the same page, and I knew exactly where he was going to pass the ball in both goal scenes. Both passes were delivered perfectly, so I just had to convert them. We were able to win this match because our defence kept us in contention during the tough stretches.