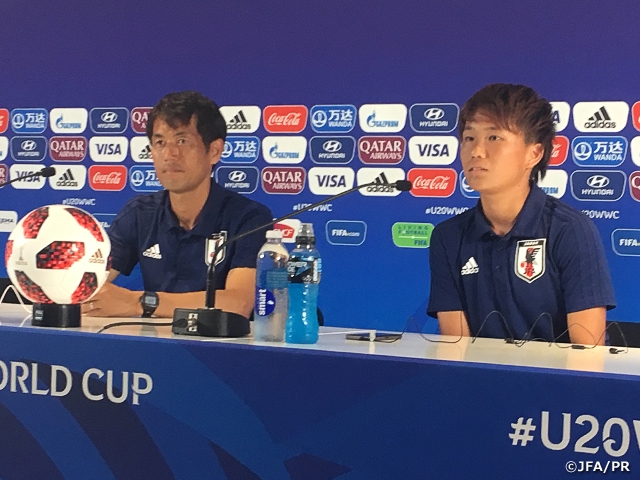 With their opening match against USA in the FIFA U-20 Women's World Cup France 2018 scheduled on the following day, the U-20 Japan Women's National Team held a training session in the morning of Sunday 5 August. The team went through some light drills to get a feel of the ball, followed by a possession drill. The training session was then closed to the media as the team went through their tactics ahead of their match.

An official press-conference was held later this day at the match venue as Coach IKEDA Futoshi and team captain MINAMI Moeka took the podium. At the press-conference, Coach Ikeda stated, “Our players are developing each day and I am glad that our team can enter the first match in such great condition.” Minami also shared her aspiration ahead of the tournament, “(Since last year’s AFC U-19 Women’s Championship) We have worked hard to strengthen our physical aspects to cope with the foreign players and we are feeling our own growth both individually and as a team.”

Following the press-conference, the team was given the opportunity to observe the match venue. Although they were not allowed to train on the pitch, the players took in the view and atmosphere to prepare themselves mentally ahead of the match. The players were seen huddling up to share their enthusiasm and expressed their willingness to win the match. 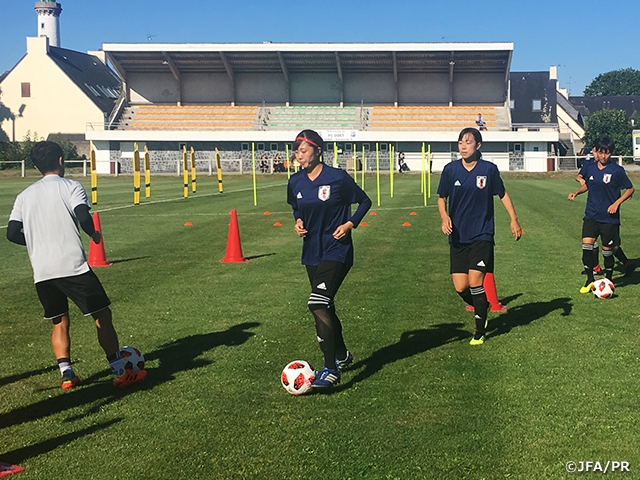 DF ＃6 TAKAHASHI Hana (Urawa Red Diamonds Ladies)
If we can keep a clean sheet, we will not lose, so I will give everything I’ve got to contribute for the team. We will do our best to start off the tournament in the best way possible.

MF ＃8 FUKUTA Yui (INAC KOBE LEONESSA)
Ahead of our first match, I am feeling a good amount of nervousness and excitement. My strengths lie on the through balls and my ability to expand the field, so I will do my best to utilise our attacking players and outwit my opponents with my plays. 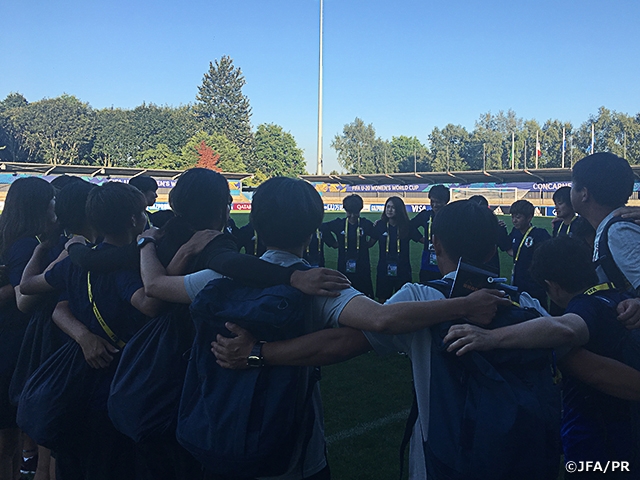