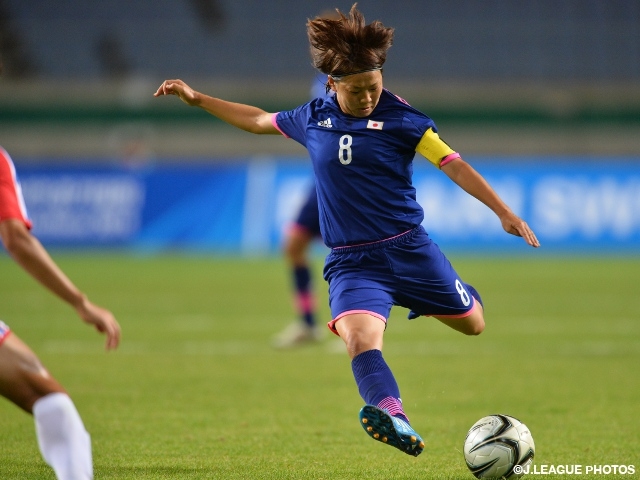 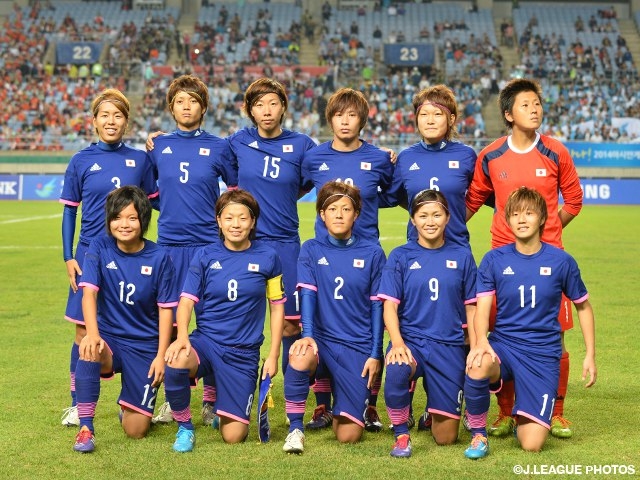 Nadeshiko Japan played against Korea DPR in the final for the third time in a row at the Asian Games. It was a tough match from the beginning. Japan were playing to become back-to-back champions, while Korea DPR aimed at winning the championship for the third time.
Korea DPR struck the opener. In 12th minute, they trapped the ball from a free kick, which they won just on the right wing, and slotted in the goal. Although Japan tried to score, using crosses and forward passes, they could not find the back of the net. The game went into the second half at 0-1.

In the early stage of the second half, Korea DPR scored another goal. After 54 minutes, Sugasawa replaced Kira on the pitch, which allowed Takase and Sugasawa to go forward and Masuya to go to the left side from the front in order to create opportunities. Then in the 56th minute, Takase, who received a cross from Kawasumi on the right side, threaded the ball through to Miyama, who came up near the goal. Miyama calmly knocked the ball into the goal, closing the gap to one goal. Although Japan kept throwing everything into attack, Korea DPR responded with counter attacks. Then Korea DPR, who calmly exploited a gap while Nadeshiko Japan stayed up front, decided the match. After 87 minutes, just before the end of the match, Korea DPR counter-attacked and went through the left wing and scored for the third time. Nadeshiko Japan could not become back-to-back champions and took second place.

SASAKI Norio, Head Coach
We let the opponent play as they wanted to. It was difficult to react to their speed and we couldn’t play our style for a long time. We need to think back on the result and the content of this match. It’s vital to improve the quality of passing and controlling, as well as to use our bodies in better way. It’s also important to be able to show those skills under the pressure, and we need to work on that.
Although we couldn’t become back-to-back champions, we’ll practice harder with this result for the coming Women’s World Cup next year.

MIYAMA Aya (Okayama Yunogo Belle)
Frankly, I wish we could have played a more proper ‘football-like’ game. I think I understood how strong and swift Korea DPR would be, but we couldn’t react to that as a team. After we conceded a goal, we tended to use long passes, which prevented us from playing in an effective style. Korea DPR counter-attacked perfectly in both quality and timing. We didn’t prepare ourselves enough to cope with them. America have the strength and the height at the same time. We need to improve our defence as a team, not to mention the attacking.
I’m disappointed and devastated, as I came here to get a gold medal.

IWASHIMIZU Azusa (Nippon Television Beleza)
Although we had to change our plan after conceding a goal, I feel frustrated we had to use a lot of long passes. Today’s match was by far the toughest one of the championship. It’s essential what we can learn from this match for the future. We have played against so many teams, but the vital one is always the final, where we must win. If I can’t contribute to the team then it means I don’t have enough ability. Well, frankly, I’m gutted and feel very sorry, as we came here to win. 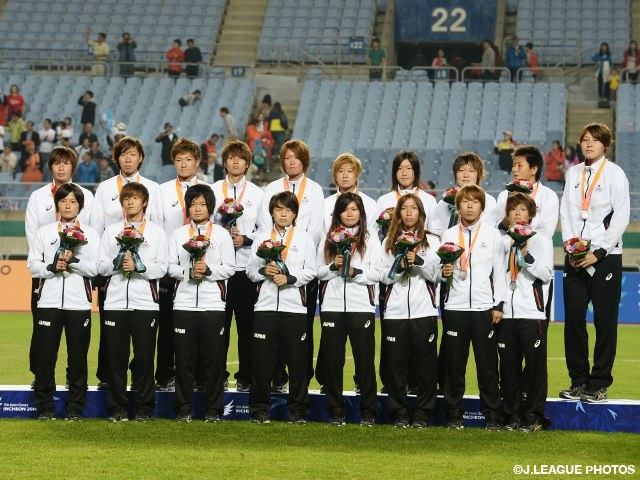