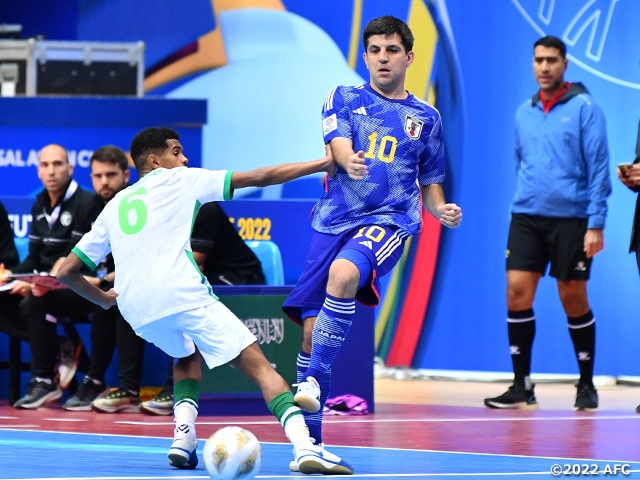 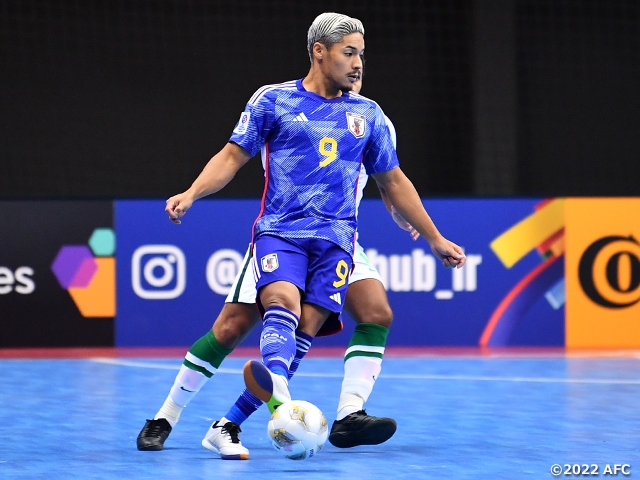 To see the Saudi players bursting with joy at the end of the match was not a sight Japan had in mind. “No one was letting their guards down,” said YOSHIKAWA Tomoki, but this may be the difficulty of playing the first match of the tournament. Japan did not start the match badly, with CREPALDI Vinicius scoring the opening goal in the third minute. However, despite creating number of close opportunities, including the shot taken by OLIVEIRA Arthur that struck the post, Japan fell short from finding the back of the net. With Saudi Arabia gradually picking up their pace, Japan conceded back to back goals in the 11th and 15th minutes to give up the lead.

Japan continued to take control of the game in the second period, as UEMURA Atsuya and SHIMIZU Kazuya made attempts to threaten the opposing goal. Goalkeeper KUROMOTO Guilherme also made his presence felt, as he made numerous saves to deny the Saudis from scoring from counterattacks. Despite showing their dominance, Japan could not find ways to score the equaliser, and with time running out, they turned to their powerplay in the final five minutes, but came away empty handed, as the match ended 1-2.

Japan will face Korea Republic in their second group stage match on Friday 30. With both sides coming off a loss in their first match, it will be a must win situation for the two teams. 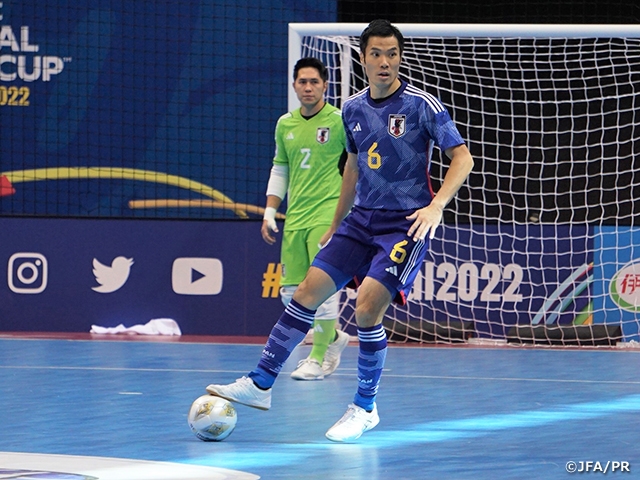 KOGURE Kenichiro, Head Coach (Japan Futsal National Team)
While we planned for various possible scenarios, this was the worst possible outcome. A very nightmarish day for us. I don't think there is anything good about today's match as far as I am concerned, as results are everything in this world. The problem was that we couldn’t capitalise on our opportunities. The cost of that has come back to haunt us today. It is obvious to everyone, and we need to learn from this experience. It's a bad start, but we should be happy that we still have two more matches in the group stage. We can still make it to the next stage on our own. We got off to a bad start, but we can still become champions if we win our remaining five matches. Today's result has taken a psychological toll, but we are still determined to win the remaining matches.

GK #2 KUROMOTO Guilherme (Tachikawa Athletic FC)
The result of today's match was very disappointing. However, we still have two more matches in the group stage, so we will do our best to reach the quarterfinals. Although we scored only one goal, we created plenty of chances. If we don’t capitalise on the chances we create, it becomes a problem. We must reset our minds and prepare ourselves for our next match.

FP #5 OLIVEIRA Arthur (Nagoya Oceans)
Today was a bad day for us and a good day for Saudi Arabia. We need to win our next match, so we must rest up, communicate with each other, and prepare ourselves in the best way possible ahead of the match. 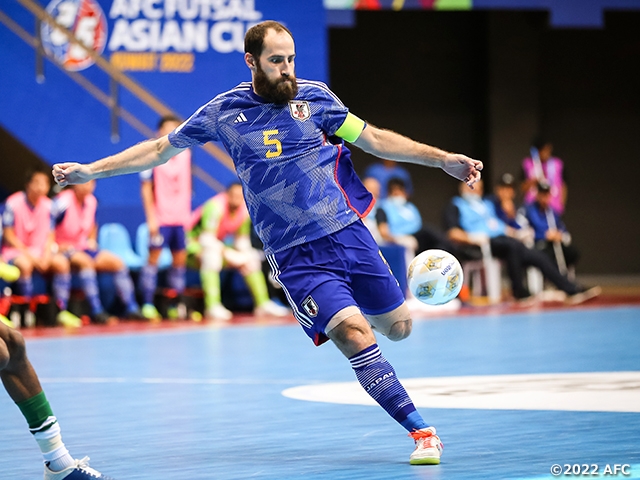 FP #6 YOSHIKAWA Tomoki (Nagoya Oceans)
This was not the result we were expecting. It’s very frustrating and embarrassing. Although we created number of chances, we weren’t able to convert them and couldn’t find our rhythm, which made us play passively. Each and every one of us weren’t making the right decision against the opponent’s zone defence. We managed to pick up our pace in the second half, but still couldn’t capitalise on our opportunities. We need to win the remaining two matches to get through the group stage and to regain our confidence.

FP #9 HIRATA Neto Antonio Masanori (Nagoya Oceans)
This was a match we couldn’t afford to lose. It makes it hard on us and gives confidence to our opponents when we don’t capitalise on our opportunities. Today’s match was one of those matches. We must accept this loss and try to make the most of this experience. We just need to win the remaining matches to advance through.