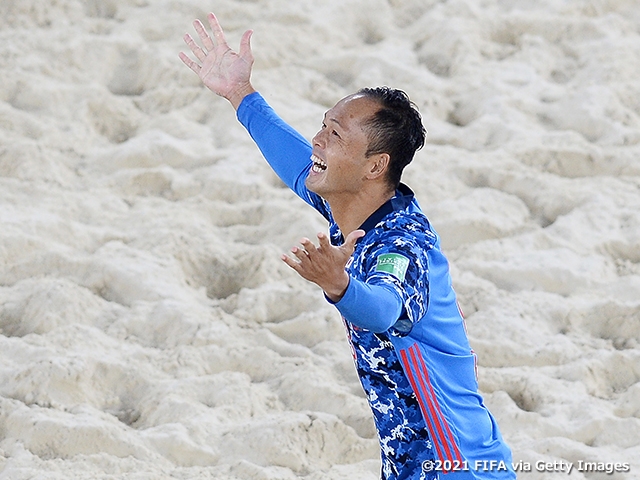 ――Please summarise this tournament for us.

YAMAUCHI I feel like we were able to achieve the minimum, but we couldn’t achieve our goal of becoming the world champions. In a sense that we were able to set our new goal, this tournament became a turning point for us.

――What do you think about your own performance?

YAMAUCHI It wasn’t bad, but I am not satisfied with the fact that I scored less goals in the knockout stage. However, I still feel like I was able to acknowledge my role and made plays that contributed to the team, despite facing teams that were fully prepared to face us. 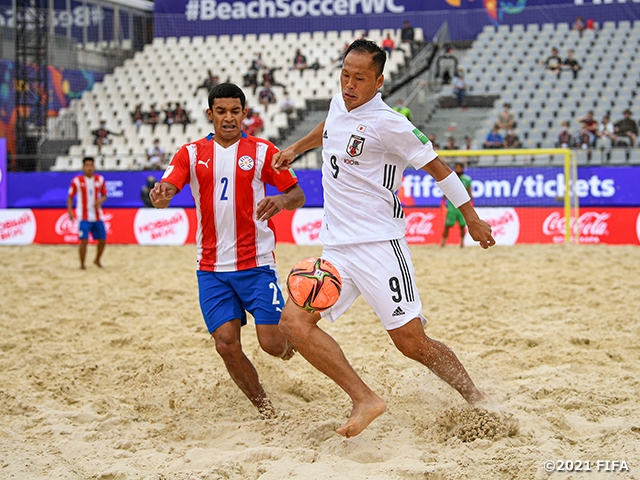 ――You missed a PK in the first match against Paraguay, but managed to come back with a hat-trick.

YAMAUCHI Regardless of the competition, the first match is the most important match. We conceded two goals after I missed that PK, but I’d like to think that it was foreshadowing the team’s comeback.

――You were in tears when you defeated Senegal at the semi-finals.

YAMAUCHI I get that a lot, but I actually wasn’t crying. I have been playing this sport for 14 years, and I have always thought that it is my obligation to pass down what our predecessors have accumulated despite playing under harsher environments. Although I wasn’t crying, I was overwhelmed by the joy of reaching the final and a sense of relief that we can deliver good news to our predecessors.

YAMAUCHI Once winning the semi-final, we knew we were at least finishing in second place, so we managed to prepare for the final like just another match.

――You have played in nine consecutive World Cups since the FIFA Beach Soccer World Cup Rio de Janeiro 2007™. Do you have a specific year or match that left a strong impression?

YAMAUCHI The FIFA Beach Soccer World Cup Dubai 2009™ comes close to this year’s tournament. We lost to Portugal at the semi-finals, but it was a tournament that gave us the confidence to strive for higher goals.

――Did your play-style or role in the team change over the years?

YAMAUCHI When I first started, I was among the younger players, so the senior players allowed us to be selfish, but I realised that I can’t be like that as I got older. This year, coach MOREIRA Ozu assigned me as the vice-captain, so I was feeling the responsibility to lead the team, and I was thinking of ways to help the team both on and off the pitch.

――Please tell us about the future challenges and goals of the Japan Beach Soccer National Team.

YAMAUCHI Winning the world title was always our goal, but that goal just became a lot clearer and more realistic. We feel like our defence and mentality has reached world class, but we still need to score more goals than our opponent in order to win matches. In terms of our offence, we still have plenty of room for improvements, so that is an aspect we must work onto become the world champions.

――What is your personal plans?

YAMAUCHI I still consider myself a goal scorer and I feel like I could have set my eyes on becoming the top scorer at the World Cup. I will continue to strive for more goals while also providing guidance to the younger players.

――The tenth time can be the charm?

YAMAUCHI We finished fourth last time, and second this time, so I think we are destined to win the next one. 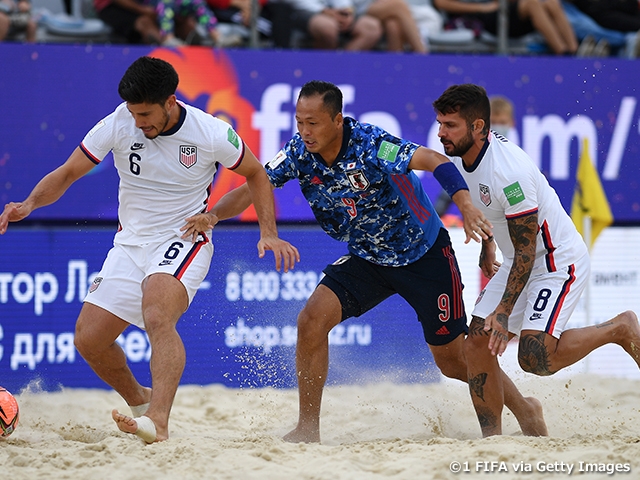