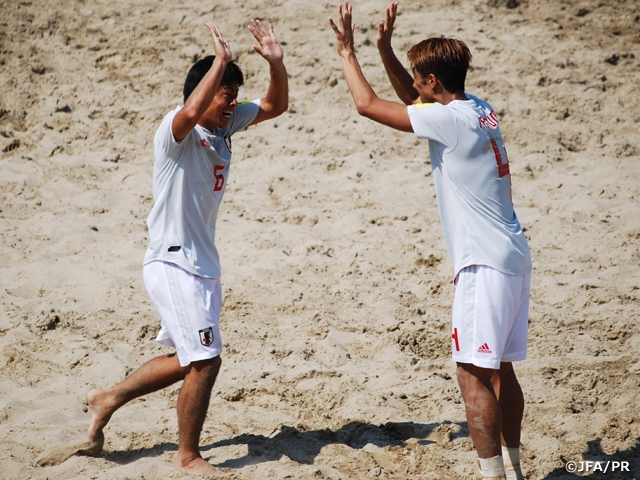 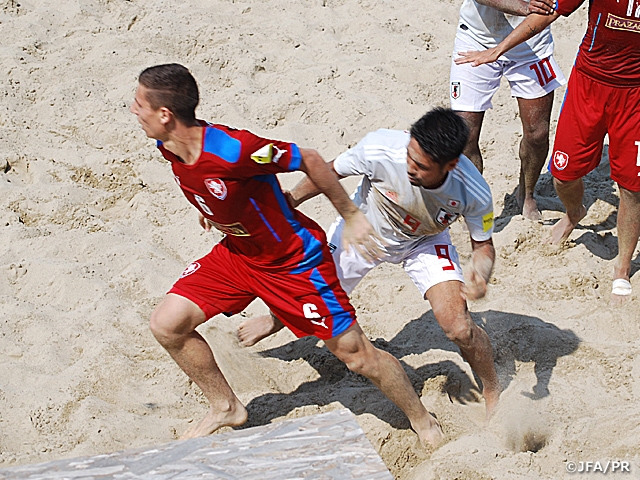 Facing the Czech Republic side who has won their first match against Hungary in penalty kicks, Japan entered the match with a great amount of focus. Making adjustments from their first match, they showcased quick transitions while applying aggressive pressure to take the initiative of the match. However, Japan struggled to score the opening goal, despite the efforts made by MOREIRA Ozu from long distance, and the bicycle kicks displayed by GOTO Takasuke and OKUYAMA Masanori. The first period will end scoreless.

Japan continued to show their dominance in the second period, but still struggled to find ways to crack the goal open. However, their long-awaited goal came in the 16th minute, when goalkeeper SHIROTA Yu delivered a throw-in to Goto who controlled the ball to allow the on-running MATSUO Naoya to strike a direct volley shot that captured the goal.

The third period saw Japan adding multiple goals to their tally. In the 27th minute, OBA Takaaki broke through the middle after playing a give-and-go with Okuyama to slot the ball into the net, beating the goalkeeper one-on-one. In the 30th minute, Goto drove MATSUDA Kosuke’s throw-in directly into the goal with his bicycle kick. Goto scored another goal just seconds later, this time striking a direct freekick into the goal to make it 4-0. Japan showcased a solid performance in defence to keep a clean sheet, while finishing the match off with Moreira’s powerful strike from a freekick to mark their first win of the tournament with a final score of 5-0.

On Sunday 19 August, Japan will now face the host, Hungary Beach Soccer National Team in their final match of the tournament, with a kick-off time of 16:15 (Local time).

FP #6 MATSUO Naoya (Aveldage Kumamoto BS)
We finished yesterday’s match in a bitter tone, so it was difficult to enter today’s match in a positive way. However, the team managed to keep a clean sheet to bring in a positive rhythm for the team. The communication between players and the meetings with the coaches has led to this result. We will continue to work hard to keep on winning.

FP #11 GOTO Takasuke (Tokyo Lequios BS)
Hungary is a wonderful country with beautiful cities and lakes. The climate is nice with low humidity. As a member of the Japan Beach Soccer National Team, we always strive to win matches, so we are satisfied with today’s result. We must nurture a winning mentality, where we win matches regardless of the circumstances. We will continue to strive for a win tomorrow. 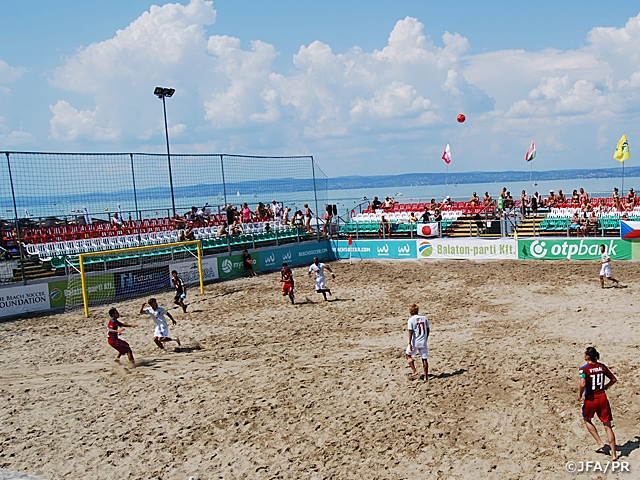