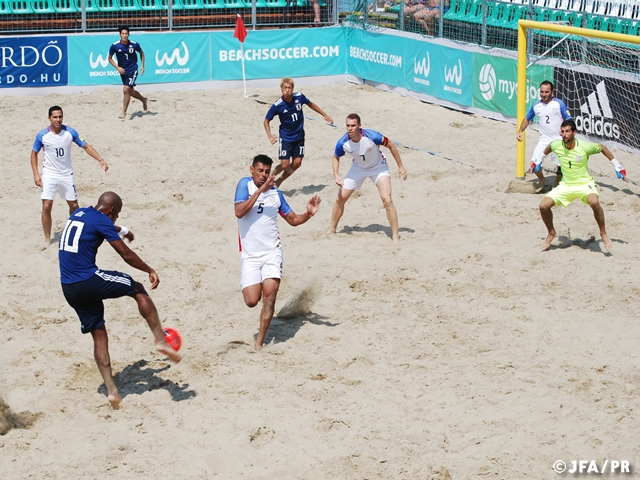 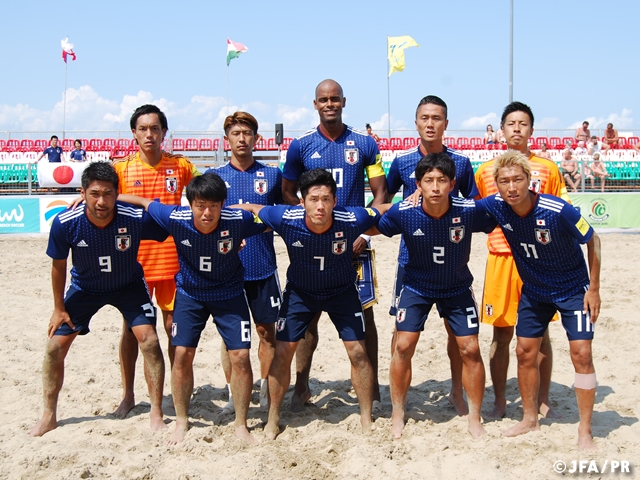 USA kicked-off the match at 13:30 local time. Both teams created opportunities to carry the ball upfront but failed to finish their plays with a shot. Japan started to strike their shots from distance but conceded the first goal in the seventh minute from an unfortunate own goal.

The second period became a see-saw game. Japan struck first when MOREIRA Ozu fired a bicycle shot from seemingly no angle and captured the goal to level the match. The USA retook the lead in the 20th minute when they struck a freekick directly. Just seconds later, Japan once again scored the equaliser when Tsuboya fired a freekick directly into the goal to make it 2-2. 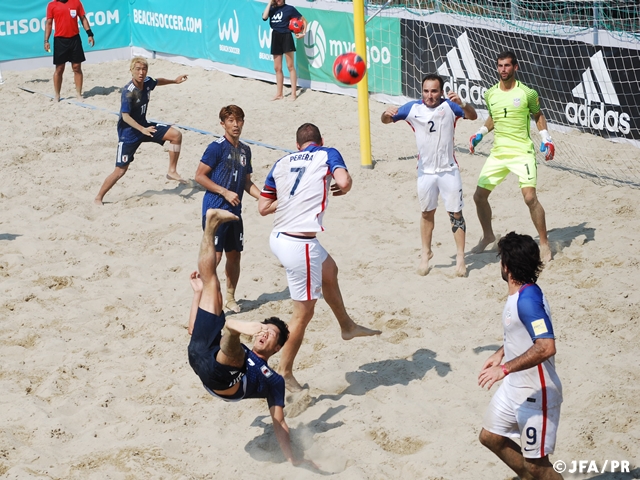 Japan took their first lead of the match in the third period when Moreira nailed a powerful shot. However, Japan conceded a goal in the 32nd minute off a counter attack initiated from their own mistake. The USA tallied another goal as they converted a loose ball following a freekick to take the lead 3-4. In the closing seconds of the match, USA extended their lead with a shot from distance to finish the match with a final score of 3-5.

On Saturday 18 August, Japan will face the Czech Republic Beach Soccer National Team as their second match of the tournament with a kick-off time of 13:30 local time.

FP #2 MATSUOKA Shota (Aveldage Kumamoto BS)
It is very disappointing that we couldn’t win our first match. We must think what we must improve to win the remaining two matches, both as a team and as an individual, and fight with the pride of the Japan national team.

FP #9 OKUYAMA Masanori (Loewe Yokohama)
It is very disappointing that we dropped the first match. Despite conceding the opening goal, our team managed to keep our composure and took the lead at one point but gave away the initiative from our own mistakes. We have many players in our team that lacks national team experience, so we must keep on communicating and feed off of this loss to strive for the title by winning the remaining two matches.