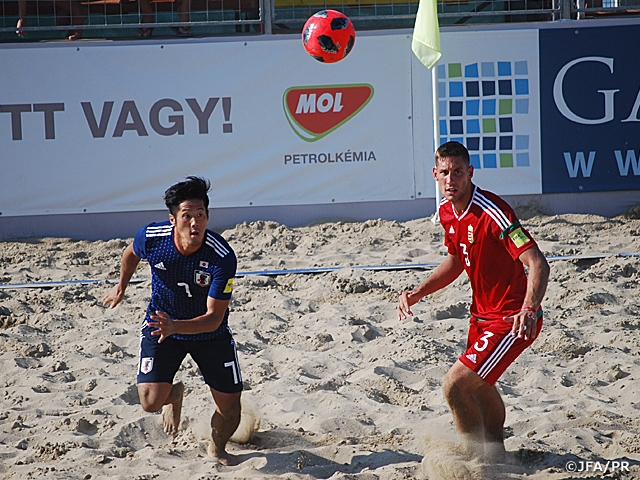 The match saw an early goal as the shot struck by a Hungarian defender took an irregular bound right in front of the Japanese goalkeeper KAWAI Yusuke to find the net. Japan struck back as MATSUDA Kosuke scored his first national team goal, when he connected with a cross delivered by MATSUO Naoya. Two minutes later, Oba converted a long ball delivered by MOREIRA Ozu to give Japan the lead. However, Japan gave away a penalty kick soon after to allow Hungary to level the match. Hungary went onto add another goal to take the lead just before the end of the first period. 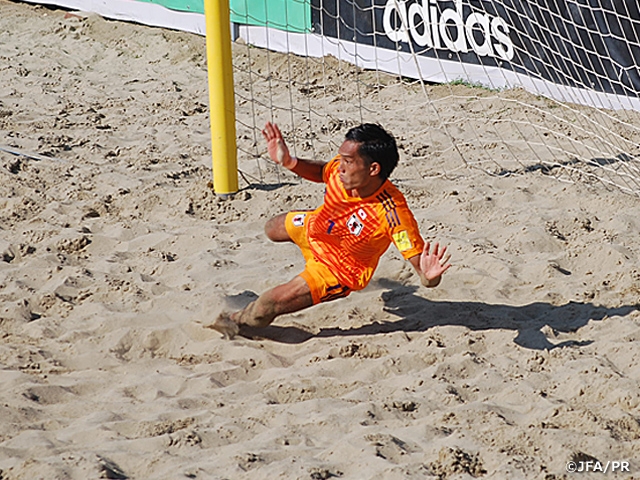 Despite giving up the lead, it was Japan who took the initiative of the match from the second period. In the 14th minute, Oba played a give-and-go with GOTO Takasuke before slotting the ball into the net to level the match at three apiece. Japan took the lead when Moreira struck a powerful shot from the centre line in the 16th minute. Hungary would score back a goal, but Oba added another goal to his tally in the 18th minute to end the second period with a score of 5-4.

Japan displayed great composure towards the end of the match as Oba capitalised on the mistake made by the opposing player trying to make a back pass. Oba would go onto score another goal with his bicycle kick to take a commanding 7-4 lead. OKUYAMA Masanori capped off by scoring a goal in the closing seconds of the match to give Japan an 8-4 victory. With this result, Japan ended the tournament with a record of two wins and a loss, finishing as the runners-up in the tournament. Oba, who scored five goals in the final match, was the top scorer of the tournament with his six goals.

FP #4 MATSUDA Kosuke (Loewe Yokohama)
It was very disappointing that we couldn’t win the title of this tournament. We need to improve our transitions between offence and defence, share mutual understandings in defence while sharing a mutual vision in offence as well. After losing to USA, it was a good thing that we managed to come back with back-to-back victories against Czech Republic and Hungary, but our overall performance was not something we can be satisfied with. We must feed off of this experience to improve ourselves moving forward.

FP #7 OBA Takaaki (Tokyo Verdy BS)
In today’s match against Hungary, we conceded a goal early and started off the match in a bad way. However, we managed to bring back our momentum with our determination and strong intention to win the match as a member of the Japan Beach Soccer National Team. The result was disappointing as we finished as the runners-up of this tournament, but this tournament gave us a great learning experience, so we must utilise this experience in our future developments. Personally, I am very honoured to be named as the top scorer of the tournament. But I must make a note that this award is earned by the entire team, including the coach, players, and all the staffs who gave their efforts for the team victory. What’s important is not “who” earned the award, but rather “which team” had that player. We will continue to strive to win tournaments and hope to see another award like this earned by a player from the Japan Beach Soccer National Team. Thank you very much for all of your support. 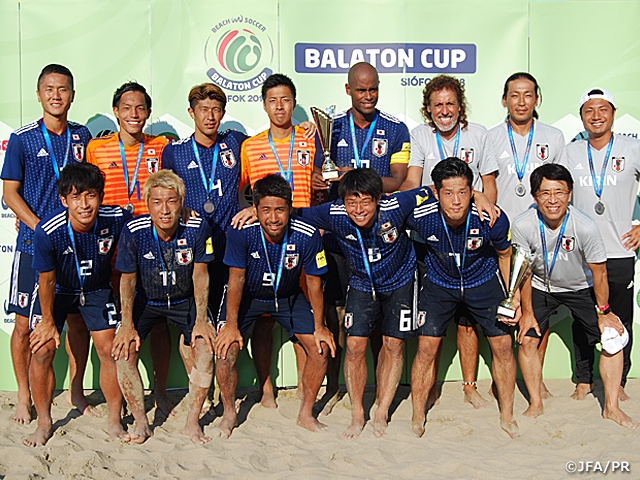