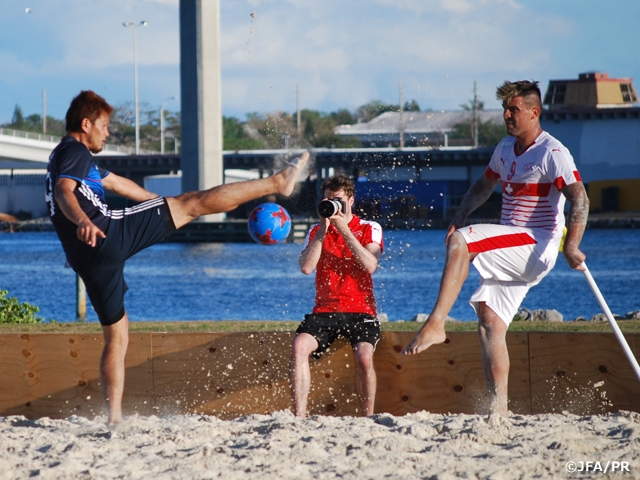 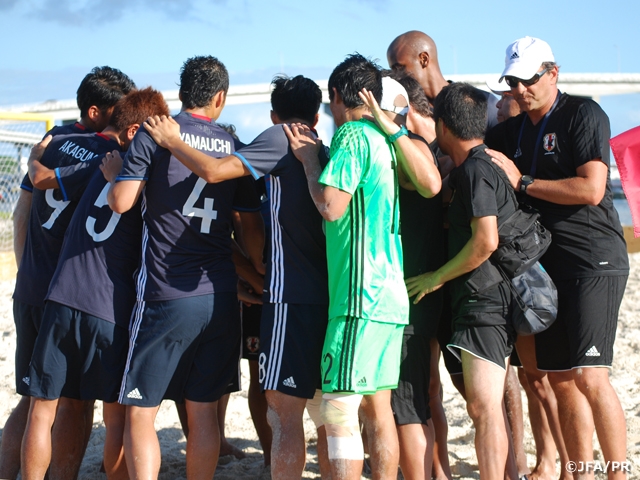 Currently holding a training camp in the Bahamas, Japan Beach Soccer National Team faced off against Switzerland in their last practice match prior to the coming World Cup at 17:30 local time on Monday 24 April.

Being one of top national teams in Europe, Switzerland took the early initiative and created numerous chances, while the Japanese side, once saved by the goalpost, defended tenaciously, and the joint team effort kept the opponents from scoring until the 6th minute, when the European counterparts netted a fine goal through an excellent combination play. However, it only took two minutes for Japan to find an equaliser, as MOREIRA Ozu put his overhead shot to the back of the net. The match entered the first break with a 1-1 tie.

Entering the second period, the Japanese team continued to put pressure on the opponents, and their high work-rate defence did not allow Switzerland to create decisive chances. Then, in the 19th minute, MOREIRA Ozu put his side ahead by directly scoring off a free kick. In the remainder of the period, both teams failed to change the scoreline, and Japan took a 2-1 lead at the second break.

The game favoured Japan in the opening minutes of the third period, as AKAGUMA Takuya changed the direction of a long throw from goalkeeper TERUKINA Shingo right in front of the goal to net the third for the Japanese team. Towards the end of the match, Switzerland had few scoring chances, but Japan defended composedly and evaded the challenges of the threatening European side to post a 3-1 comeback win, giving them the positive momentum and confidence for the upcoming World Cup. 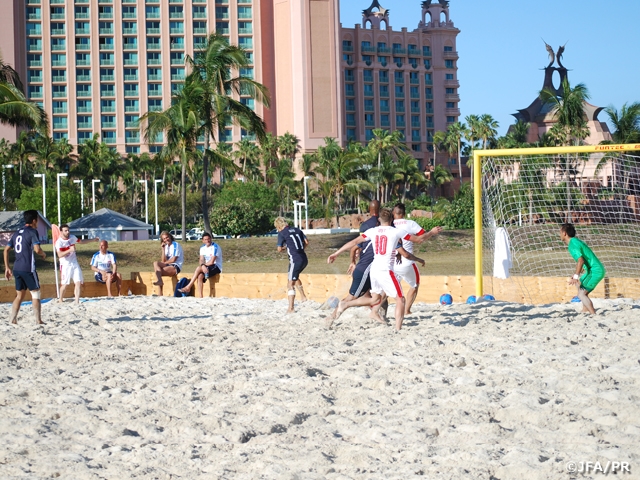 FP #7 TABATA Teruki (Veertien Mie BS)
We had the final training match prior to the World Cup against Switzerland. We didn’t perform well, as we couldn’t display what we had been practising or intending to achieve. However, we waited patiently for opportunities to score and capitalised on those chances. This, I view as one of the positive takeaways for the team. Furthermore, the match does not always proceed as expected as we face the opponents who are trying to execute their side of the game. It is thus important to reduce our errors and read the situations accordingly as well.