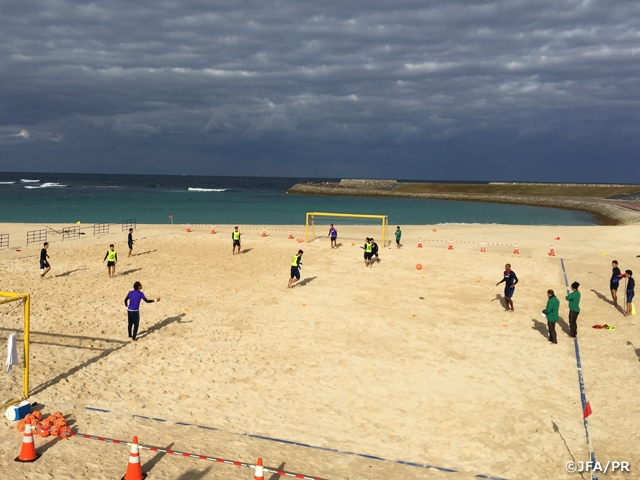 Saturday 17 December saw the second day of the Okinawa camp where the Japan Beach Soccer National Team short-listed squad had two-a-day training sessions in the morning and afternoon.

In the morning, the squad worked on 3-on-3 possession exercises, followed by game-format training using markers on the pitch to check on positioning and team tactics. In this camp, there are players who are making the national team for the first time, in addition to those who haven’t been recently called up. To conduct the training smoothly, at times, coach Marcelo MENDES interrupted the practice to give detailed instructions to the entire squad to make sure they had a clear understanding of team tactics.

The afternoon session was also spent on team tactics to be employed in the AFC Championship next year and they worked on specific game-time situations. For example, they would construct offensive plays from the goalkeeper’s throw-ins to the field players moving the ball forward and finishing with a shot without the opposing defenders. Then, they would practise the same play with the defenders. By repeating this cycle, they checked whether they could execute these plays accurately enough that these could be actually used in the game.

Similarly to the first day of training, the players worked on penalty kicks at the end in order for them to build the necessary skills to score even when they felt fatigued. 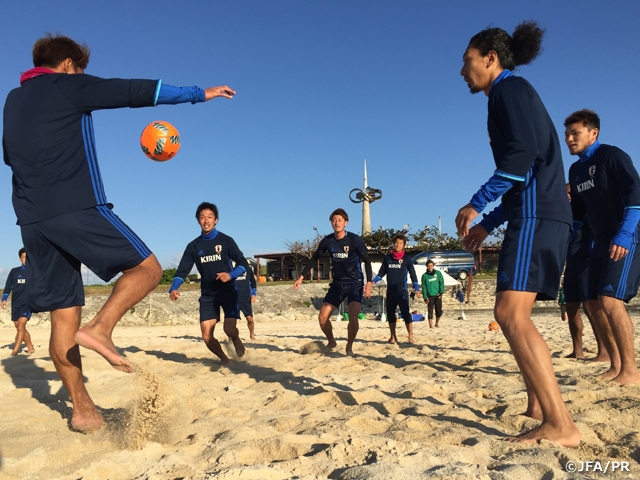 KOMAKI Masayuki (Tokyo Lequios BS)
In this cold season, I sincerely appreciate the opportunity to practise in this wonderful camp. We are having this camp in preparation for the World Cup Asian Qualifiers and working on improving teamwork, while making better communication within the team. I believe we are making gradual improvements, as we deepen the understanding of team formations. In such environment, I am constantly thinking about how to contribute to the team by giving my best in practice. I will keep up my hard work during the remainder of the camp.

GOTO Takasuke (Fusion)
In this wonderful environment with the mood of the team being cheerful, we were able to keep a high level of concentration during practice. Since we are preparing for the upcoming World Cup Asian Qualifiers and this camp will be an important touchstone to decide the final selection for the national squad, we are having intense training sessions, while the players are showing toughness on the ball. I think this is a positive thing for the team. I do not wish to waste any time off-the-pitch either, and I will proactively communicate with my teammates during this camp.

SAKATA Jun (Aveldage Kumamoto BS)
The second day of the training camp was mainly spent on team tactics. We are currently going through different combination plays, while trying to improve the accuracy of each execution prior to the World Cup Asian Qualifiers. In the meeting held at night, we were finally given the chance to discuss the details of the Brazil Camp using video footage and address the things that needed to be worked on. There is only one more day remaining in this camp. I will do my best and try to make a positive impression on my coach. 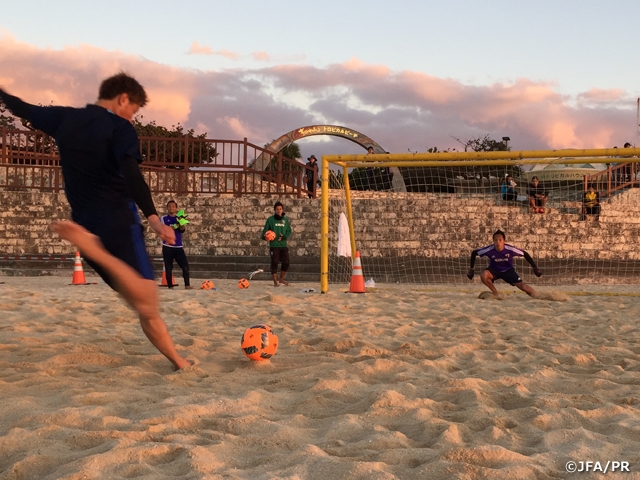