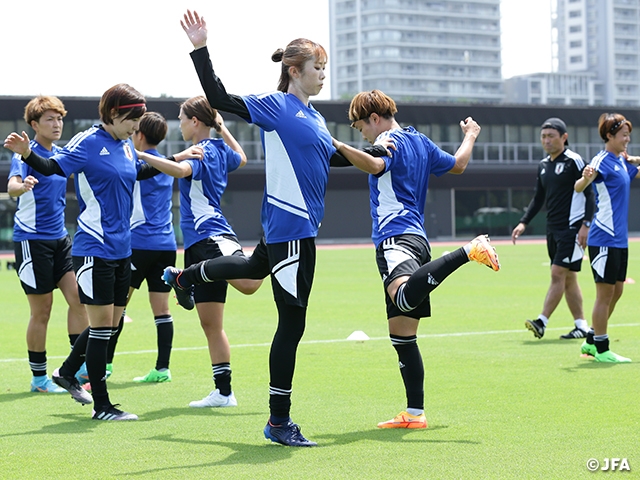 On Monday 18 July, the Nadeshiko Japan (Japan Women's National Team) held their final training session ahead of their match against Korea Republic in the EAFF E-1 Football Championship 2022 Final Japan.

Additional call-up KITAGAWA Hikaru joined the team from this day's training. Kitagawa has been invited to two training camps under Head Coach IKEDA Futoshi's regime, but this is the first time she has participated in an activity involving an official match. She was warmly welcomed by her teammates when she met them before the training session. 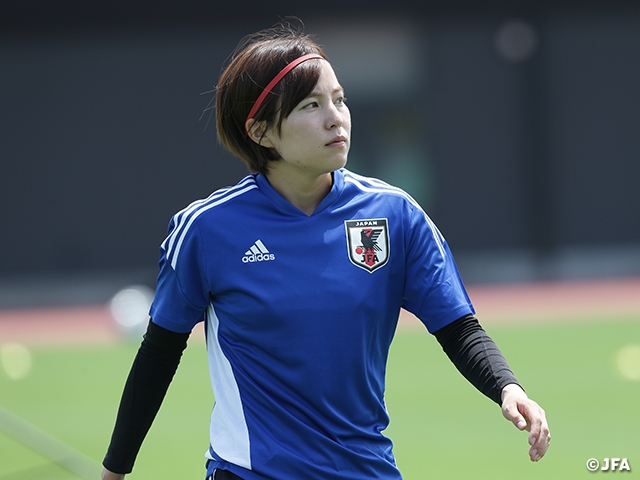 In the session that was opened to the media for the first 15 minutes, the team worked on full-court matches and set-pieces. The training took place under fairly hot conditions, but the players displayed great focus and intensity in the short time they were given. The team went over the principles and tactics they had discussed in their recent meetings and training sessions, implementing them with a high level of intensity as a team ahead of their match against the Korea Republic Women's National Team on Tuesday 19 July. At the end of the training session, SHIMIZU Risa was appointed team captain, as she gave the final words to conclude the session.

After the session, coach Ikeda attended the official press conference, where he began by saying, “We would like to thank all of the people involved in organising the event.” The coach then shared his aspiration for the tournament, “While aiming to win the title, we look forward to the development of the team and the players, ahead of next year's FIFA Women's World Cup Australia/New Zealand 2023™.” As for their first match against the Korea Republic Women's National Team, he said, “We want to see how Korea Republic approach the game, and at the same time display our aggressive playing style without being passive,” indicating that they will aim for victory with their usual style against an opponent they drew with in the AFC Women's Asian Cup in January this year.

The women's competition of the EAFF E-1 Football Championship 2022 Final Japan is about to kick off, with four teams - China PR, Korea Republic, Chinese Taipei, and Japan - competing for the East Asian title. For Nadeshiko Japan, this will be a battle to defend their title from 2019, but at the same time the team will be looking for further growth as they head into this three-match series. 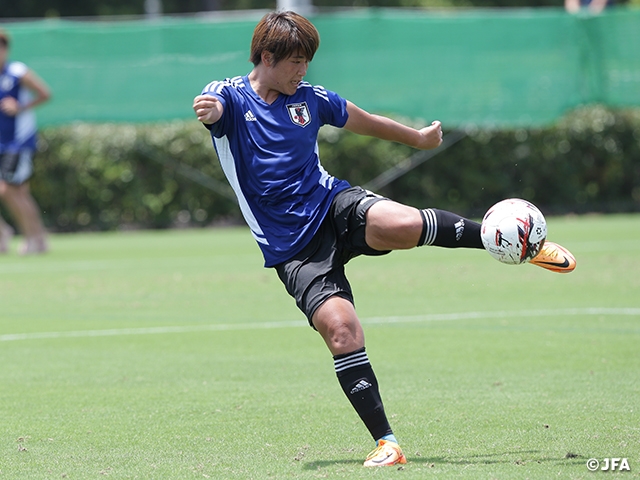 IKEDA Futoshi, Head Coach of Nadeshiko Japan (Japan Women's National Team)
We are delighted to be taking part in the EAFF E-1 Football Championship, and we would like to thank all the people involved in organising this tournament. While aiming to win the title, we look forward to the development of the team and the players, ahead of next year's FIFA Women's World Cup Australia/New Zealand 2023™. To start with, we would like to see how Korea Republic approach the game, and at the same time display our aggressive playing style without being passive. Some of our players are still lacking experience at the international level, so we would like to guide the young players prepare for international competitions like these. While testing different combinations between the various players, each player is in a different condition as they are coming off the end of the WE League season. We are taking all of these aspects into consideration when planning the line-up, while sharing strategies to prepare for each opponent. We hope to make the most of this tournament experience to raise the overall level of the team. 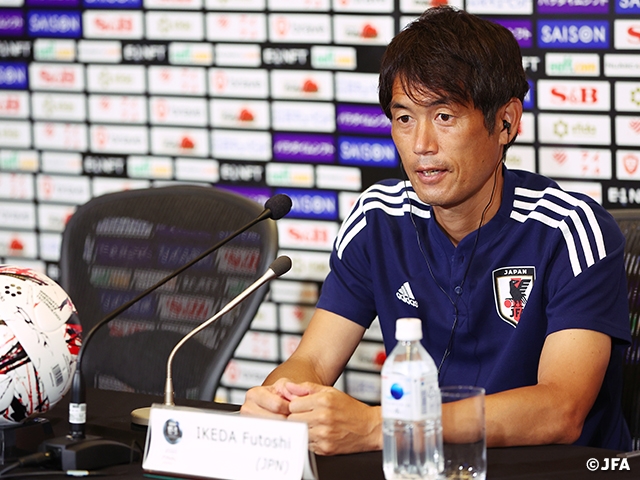