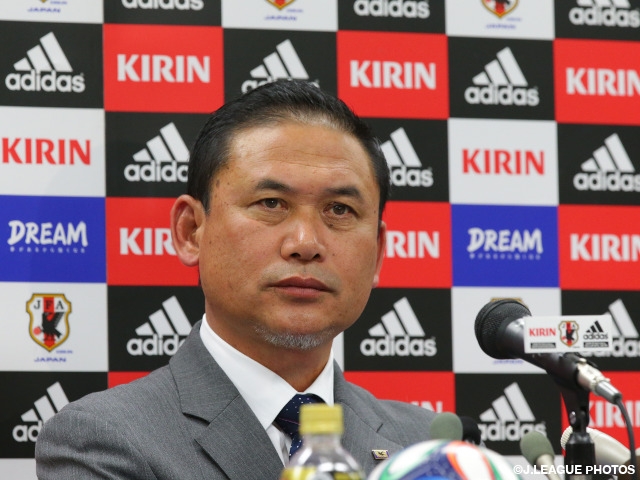 The head coach Sasaki highlighted that this squad was selected with the coming World Cup next year in mind, and noted: ‘I want to see the level of the players who are based in Europe currently and how much they can contribute to the FIFA Women's World Cup next year. I also want to watch closely how much they can play against Canada by collaborating with the players who play domestically.’
The coach also commented: ‘if we fix the make-up of the squad, the quality of the combination plays will increase. However, it’s vital to give many players experience in order to boost the level and the quality as a team. I’ll see in the friendlies against Canada how much they can play harmoniously and how much each player can make the case during this tour.’
The 2015 FIFA Women's World Cup, in which Nadeshiko Japan are aiming to become back-to-back champions, will be held in Canada. The players will also get to know the artificial turf condition of the pitches and the local environment for the coming championship next year.

SASAKI Norio, Head Coach
I heard Canada has been developing for the coming FIFA Women's World Cup next year. I’d like to know the condition of the artificial turf pitches and the atmosphere in Canada by playing against a powerful team. I’ve been watching many players closely in order to select the squad, but I wouldn’t say the current group is the best. I’d like to continue analysing what I’ve been trying in order to select another squad for the coming Algarve Cup next year in preparation for the FIFA World Cup. I will also continue observing the players, who were not selected this time, in the rest of the league matches both in Europe and Japan. The players, who will start the first and second friendly against Canada, will be decided depending on their condition in Canada. I’d like to use all the players, so that I can see how much they can play on the pitch.