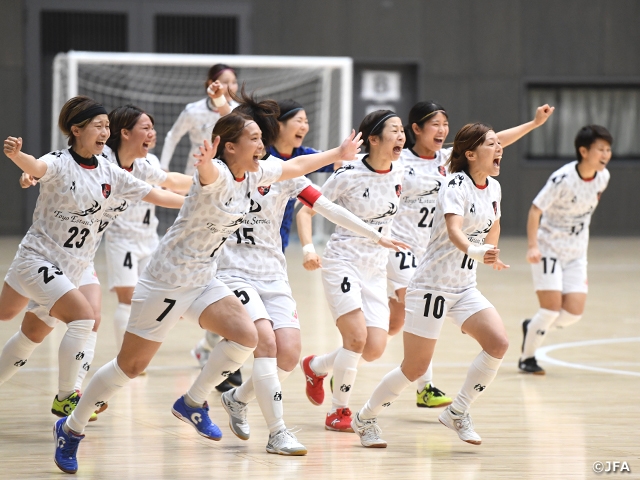 In the quarterfinals, Kochi United SC Ladies (Shikoku/Kochi), who advanced through the first round by default, met Arco Kobe (Kansai2/Hyogo). The match started with YAMAKAWA Rikako setting up the goal of TSUTSUMI Saki to put Kobe ahead in the first minute. With momentum on their side, Kobe went off scoring three more goals within the first period to take a four goal lead into the second period. Although Kochi United managed to score goals in the 34th and 39th minutes, Kobe won the match 5-3 to advance to the semi-finals. 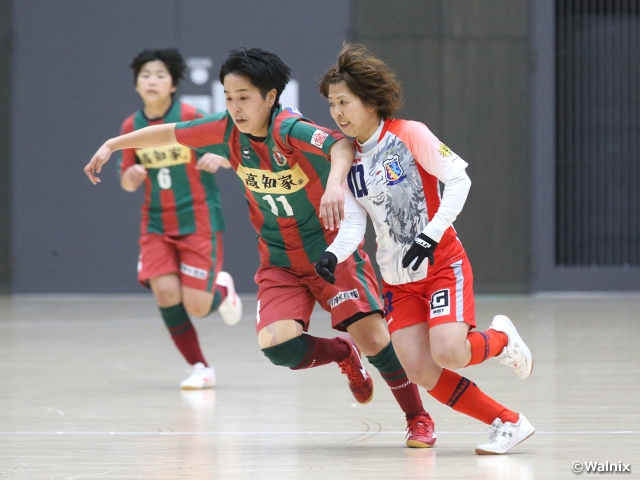 In the match between Shoot anilla (Kanto1/Kanagawa) and DELIZIA Iwata Ladies (Tokai1/Shizuoka), NODA Haruna scored the opener in the sixth minute to give DELIZIA Iwata the lead. Having lost 1-6 to Shoot anilla in the 9th FUTSAL Regional Women's Champions League semi-finals a week earlier, the DELIZIA Iwata players took the momentum from this goal and showcased a solid defensive performance to keep Shoot anilla's attack at bay. However, after KOBAYASHI Misaki scored the equaliser in the 36th minute, TAKAHASHI Nana followed in the 38th minute to put Shoot anilla ahead, sending the Kanagawa side into the semi-finals. 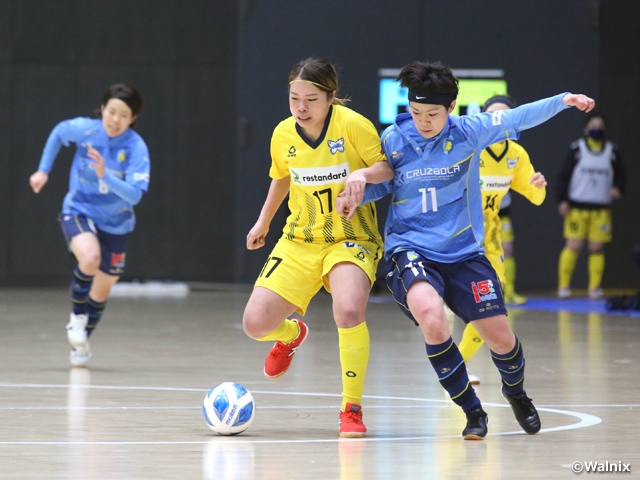 The matchup between two teams from the Women's F.League, Bardral Urayasu Las Bonitas (Kanto2/Chiba) and Fukui Maruoka Ruck (Hokushinetsu/Fukui), saw Maruoka take a two goal lead within the first six minutes, but Urayasu responded quickly with the goals of HIRAI Narumi and ITO Kaho to level the match before halftime. After the two sides exchanged a goal apiece, Urayasu’s CHIDA Hinako scored what would turn out to be the eventual game winner in the 33rd minute, as she later reflected, “We could not let the careers of the two retired Kansai players (KATO Masami and HIRAI Yuka) end in the quarterfinals.” With this goal, Urayasu won the match 4-3 to reach the semi-finals.

The two semi-final matches were closely contested, with both ending scoreless in the first period. In the match between Kobe and Shoot anilla, the deadlock was broken in the 22nd minute, when FUJITA Yasuka redirected the ball into the net from a set-piece. Shoot anilla, who had been undefeated in official matches this season, responded by creating close opportunities, but could not score against the tenacious defence of Kobe. In the 29th minute, WAKABAYASHI Eri responded to the deflection of her own shot to double the lead for Kobe. Shoot anilla fought hard until the end, but Kobe showed superior strength in both ends to win 2-0 and move on to the final. 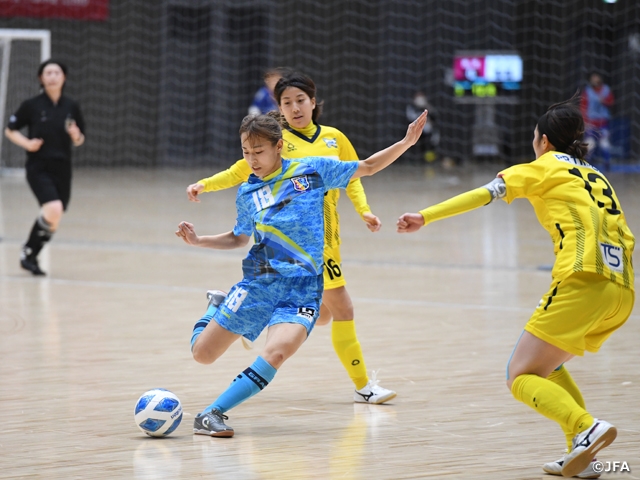 The other semi-final match between Nishinomiya and Urayasu, which turned out to be the same card from last year’s final, also saw the opening goal being scored in the 22nd minute, when Urayasu’s YOTSUI Saki capitalised on a short counter. The defending champions responded a minute later, when OGAWA Nao redirected the shot of OINO Sara to equalise the match. Nishinomiya had one last opportunity before the end of regulation time, as they earned a spot kick from the second PK, but the shot taken by EGUCHI Mika was denied by Urayasu’s SUGIYAMA Aiko, which sent the match into a penalty shootout. Although Nishinomiya made the switch to bring in Japan Women's Futsal National Team’s goalkeeper YAMAMOTO Ayaka, it was Urayasu’s Sugiyama who shined in the shootout, saving two shots to send the Chiba side into their third consecutive final.

As a result, the third-place match on Sunday 6 will be contested between Shoot anilla and Nishinomiya, while the final will be played between Kobe and Urayasu.

FP #19 WAKABAYASHI Eri (Arco Kobe)
We are a defence-oriented team, so the key point against Shoot anilla was how to prevent our opponents from getting the ball to their pivot. The fact that we have a lot of experienced players helped us maintain our composure. It was a physically challenging match, but because of that it felt like we were more focused than we had ever been before. The final will be the last match for Kato and Hirai, who have been with the club for a long time, so we hope to send them off on a high note.

FP #14 MATSUKI Rio (Shoot anilla)
Playing against a club from the Women's F.League in an official match for the first time, it made us realise our strengths and weaknesses, as well as the differences in the level of competition and mentality between us and them. Although we were able to create opportunities, we were not able to capitalise on them. Arco Kobe were always anticipating to convert the loose ball in front of our goal, and they made us feel that we need to make better decisions on the pitch. I am looking forward for tomorrow’s third-place match. We want to show that we can match the intensity level of the Women's F.League clubs, score goals, and go home with a medal.

GK #21 MAEHARA Ringo (DELIZIA Iwata Ladies)
Although we were able to improve on our performance from the Regional CL, we didn’t have what it takes to beat Shoot anilla. We have worked all year to play aggressive defence, and I think it showed in yesterday's and today's matches that defence is our strong point. We have achieved our team's goal of making our first appearance in the Regional CL and our second consecutive appearance in this tournament. We will continue to do our best next season to take the next step forward.

FP #10 KATO Masami (Bardral Urayasu Las Bonitas)
It feels too good to be true that my last match of my career is going to be the final of the Japan Women's Futsal Championship against my former team, Arco Kobe. I think we were motivated by playing a series of matches against strong opponents and we were able to keep the momentum going to win the penalty shootout, so we hope to carry this momentum into the final. We will be facing a team with strong spirits, which is something I have learnt from them over the years, so I want to return the favour.