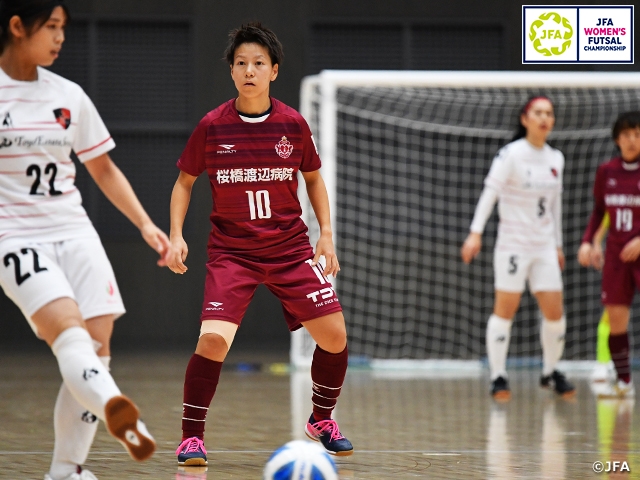 A total of 16 teams selected from nine regions (Espolada Hokkaido Irneve withdrew from the competition due to a positive case of Covid-19) will gather at Yotsuba Arena Tokachi in Hokkaido to compete for the title of the best women's futsal team in Japan. The tournament will be played in a knockout format from start to finish, with 20-minute halves to determine first to third places. 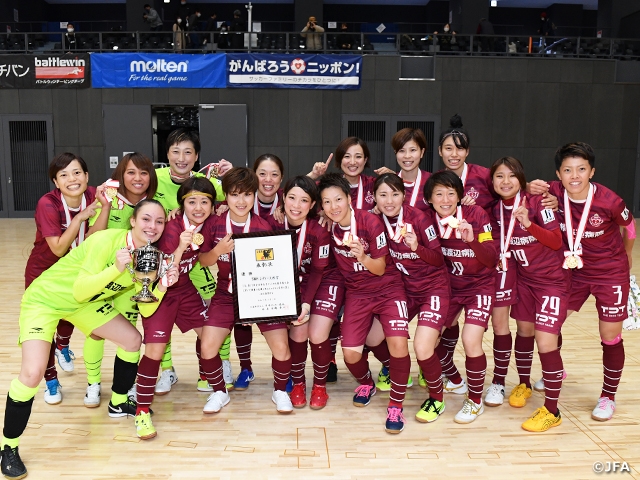 Meanwhile, teams from regional leagues such as Member of the GANG, DELIZIA Iwata (14th tournament) and Veex Ishikawa Ladies (15th tournament) have also reached the top four in the last four tournaments. This year's competition is also expected to see a hotly contested battle between teams from the Women's F.League and regional leagues. Will there be upsets in this knockout tournament? Please stay tuned for the intense battle for the national title.

Here we interviewed AMISHIRO Anna, the number 10 player of the defending champions SWH Ladies Nishinomiya, about her overall Impression of the tournament and last year's tournament.

○Interview was conducted online on 12 February 2022 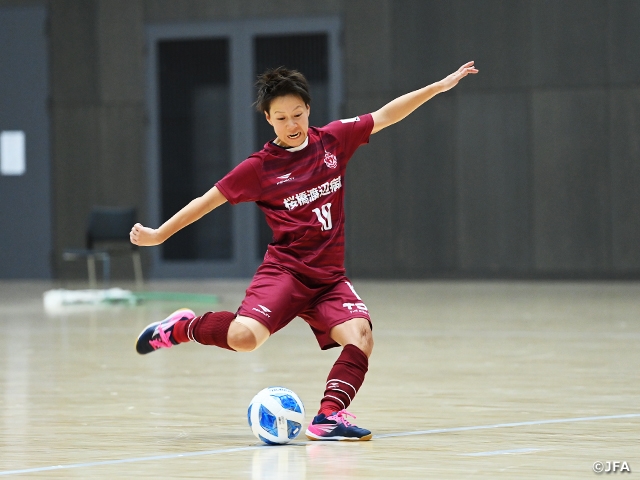 ――What kind of competition is the Japan Women's Futsal Championship for you?

Hyogo has two teams in the Women's F.League, SWH Ladies and Arco Kobe, but in the past only one of them could participate in the national tournament. Arco Kobe used to compete in this event for a long time and I have some bitter memories of it. So in that sense, this is a pretty special tournament for me.

――You have defeated Arco Kobe in the prefectural qualifier this year.

――In the last tournament, your team won the championship for the second time in five years. In the first two rounds, you faced the Kanto representatives Tapa Zida and the Tokai representatives DELIZIA Iwata, both of whom are strong regional league teams.

AMISHIRO I think one of the reasons we were able to win was that our coach's scouting was spot on and we were able to respond to what our opponents were going to do. The other factor was that we were able to score the first goal. It allowed us to relax and manage the game more easily. In a knockout competition, the results of the first two rounds are crucial because they will have an
significant impact on the later rounds.

――SWH Ladies will once again play against regional league opponents in the first and second rounds of this year's tournament.

――The semi-final against Saitama SAICOLO and the final against Bardral Urayasu Las Bonitas were both won in penalty shoot-outs.

AMISHIRO Both matches were very tough. In the match against Saitama, we conceded after taking the lead, and in the match against Urayasu, we struggled to score goals. The team that caught up from behind generally gains more momentum, so it was difficult in that respect as well. However, when it comes to PK, we have Dan-san (YAMAMOTO Ayaka) as our goalkeeper, so I wasn't that worried.

――What do you feel were the strengths of your team last year?

AMISHIRO I think it was very important that we had players like Mutsu-san (SAKATA Mutsumi), who not only had individual strengths but also were willing to work hard for the team. The fact that we were a team that was capable of scoring from anywhere was also an advantage.

――Since the last tournament, the format has changed to a knockout format from start to finish, with matches being played in 20-minute halves. How will this change in regulations affect the way you play?

AMISHIRO When playing in a group league, we always had to worry about the result of the other teams if we drew or lost one match, so that was a difficult aspect of the competition. However, in a knockout format, there is no other way to advance but to win, so it makes things a lot easier.

――This year, the tournament schedule has been changed after the league season. Your team finished the regular season in first place but finished in second place after losing to Urayasu in the play-offs.

AMISHIRO We are hoping to get our revenge in the semi-finals against Urayasu on our way to winning the championship, but I don't want to get ahead of myself by talking about matches we have not earned yet, so we must first focus on winning our first match against golrira shizuoka (Tokai2/Shizuoka) to establish a good momentum.

――Finally, please share with us your aspirations for this year's competition.

AMISHIRO Winning back-to-back championships in any competition is a tough challenge. However, I believe that we are capable of achieving that, so I want to go into the tournament with the mindset of winning each and every match in front of me. Personally, I didn't score many goals in the previous tournament, so this time I hope to contribute to the team's victory by getting myself more involved in the team's goals. 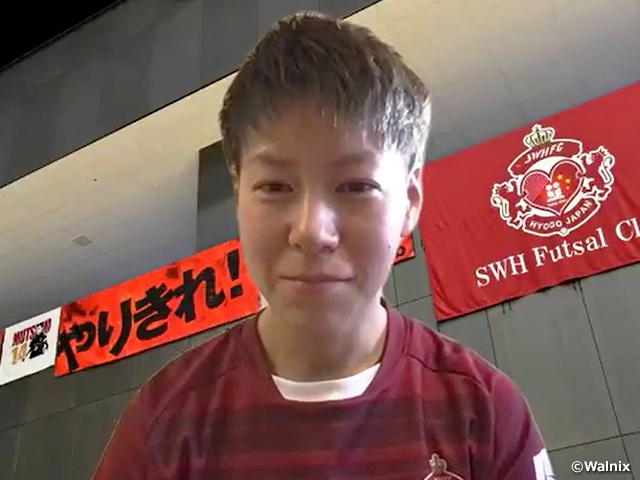