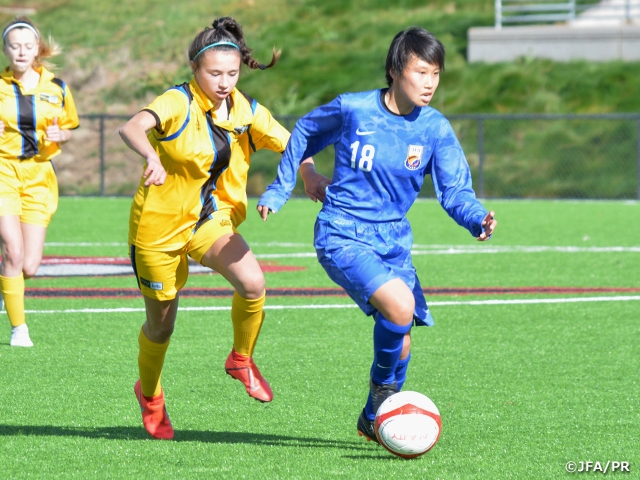 The USA CAMP is held each year, where the eighth grade players visit the US to conduct training matches. During their stay, the players are given the opportunity to learn the American culture through the home stay experience and facility tours held at various locations. This year, 12 players of the seventh class travelled to San Francisco for a week, where they played three training matches against the North California select team. Despite facing players from the same age category, the academy players struggled against the American players, who were much bigger and faster than them. Through the matches, players were given the opportunity to realise the need to heighten their techniques and physical strengths in order to compete at the world level.

Off the pitch, players visited Stanford University where they watched a college basketball game, as they got a taste of the excitement of college sports in the USA. They also visited Fisherman's Wharf to enjoy shopping and indulge themselves in the American culture. 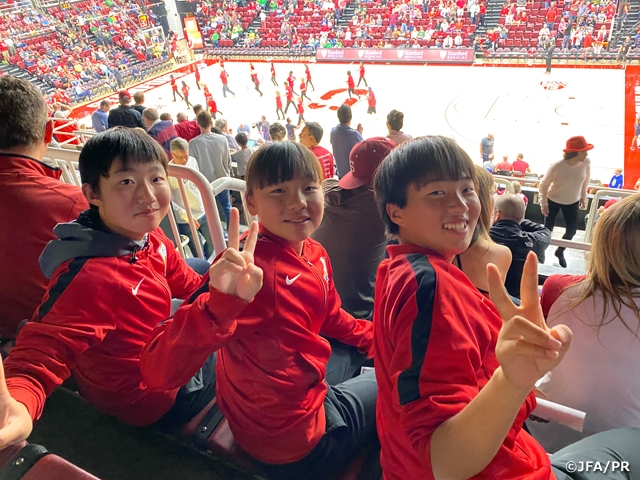 SUGIMOTO Yuzuki (7th Class/FC BASARA Koka Ladies)
There were big differences in size and speed facing an American team. It also allowed me to realise what I lack as a player, which was decision making skills. With the opponents applying quick pressure against us, I was constantly losing the ball. In order to prevent this, I must be able to make quicker decisions. Off the pitch, the American players were so friendly, and I had so much fun with my host family as well. We also had the opportunity to ride the ferry, which allowed us to view the beautiful scenery of San Francisco. The world famous Golden Gate Bridge was vividly red, just as I saw in the pictures, and it was a tremendous scene. I was able visit so many places and it was a wonderful experience. Once I return to Japan, I hope to make the most of this experience to become a better player.

FURUTA Sae (7th Class/AS Harima Albion Youth)
Through this USA CAMP, I was able to learn what I lack as a player. During the training matches played in the USA, I had difficulties controlling the ball and turned over the ball so many times. I especially had a hard time controlling balls in the air. When facing strong opponents, the ability to control the ball is essential, so this tour made me want to train even harder to improve my skills. I also felt that I was not committed to the match. I did not have the determination to win the ball at all cost, and whenever I lost the ball, I just kept getting frustrated. Even when the match is not going our way, I must play with a stronger sense of determination and try to win back the ball whenever I lose possession of the ball. During our free time, we visited Stanford University to watch a basketball game. The crowd was electric, and the match was so exciting. I did not understand the rules that much, but it was still very entertaining. It really made me think that sports in the US are so exciting.

YANAGIHARA Sakura (7th Class/FC Imabari Ladies NEXT)
During this USA CAMP I wanted to challenge myself to be active off the pitch, while finding out how effective I can be on the pitch. It was hard to communicate with my host family, but I used all the vocabularies I knew and even used body gestures to hold conversations. However, I was not able to tell them that I did not want my clothes to be put in the dryer, which caused an emblem to fall apart from one of my clothing. Beside that one incident, overall, I had so much fun with my host family, as we spent our time together eating dinner at restaurants, shopping, and watching the Super Bowl. I am glad that I actively tried communicating with them. 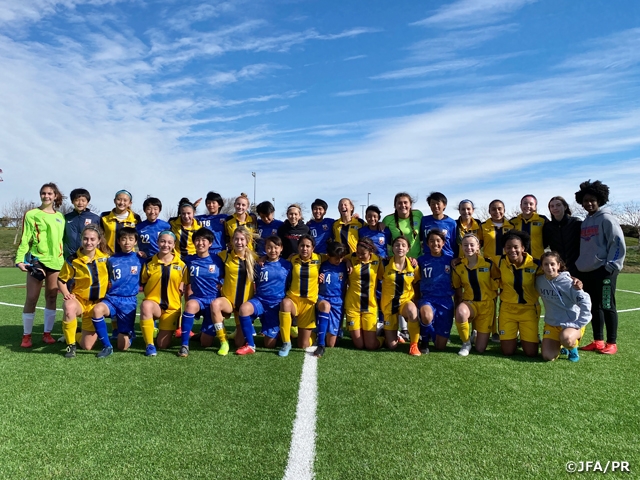