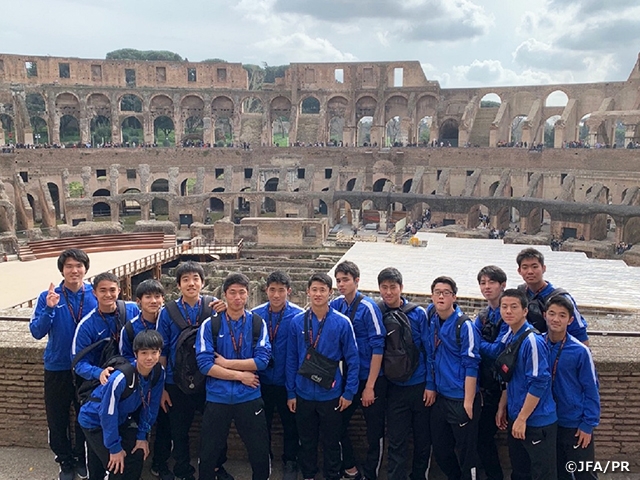 In order to raise a group of true elites, JFA Academy has been conducting activities with the philosophy, “to develop individuals who can challenge anything with confidence and a positive attitude.”

Experiencing Asia at the “U14 Thailand Tour”

In order for Japan to compete in the world stage, we must first go through the Asian qualification rounds. Therefore, academy players must first acknowledge the difference in culture, ethnicity, language, religion, climate, cuisine, and custom at various regions in Asia. In 2019, the 13th class (U14) took a tour to Thailand. Located in the subtropical zone, Thailand has a hot and humid climate throughout the year. Players must be aware of the sudden rain showers and the deep turf that makes it extremely hard to control the ball on the pitch.

For many players, this trip is their first trip outside Japan. This trip gives them the opportunity to get used to traveling on airplanes, speaking English, and dealing with jet lag. Once arriving at their hotel, the players must first communicate with the local staffs in English. This is when they can make use of the English lessons, manner seminars, and nutrition guidance taken at the academy. During their stay, the players watched professional football matches, visited world heritage, and engaged in various other exchange programmes. 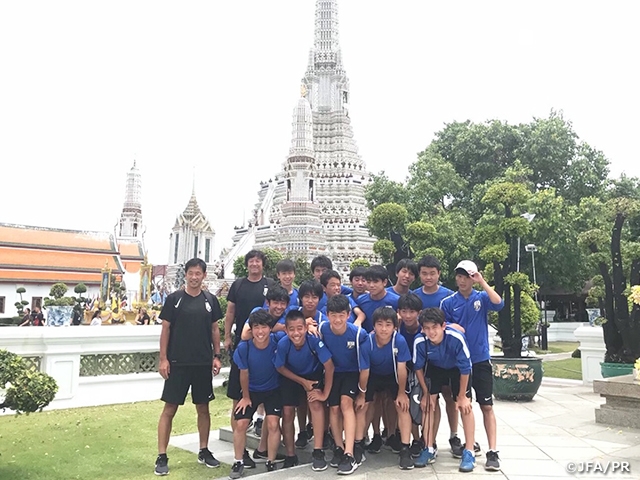 Experiencing Europe at the “U15 Germany Tour”

Following their trip to Asia, the players are then taken to Europe. In 2019, the 12th class (U15) visited Germany, which had a longer itinerary than the Thailand tour. Once leaving their dorms in Gotenba, the trip lasted for nearly 25 hours. The time difference between the two countries is seven hours during the summer, and the players had to make the adjustments while they were on the plane. Once arriving in Germany, the players were given the opportunity to tour the city and interact with the local people to learn the cultural difference. The team played a friendly match against a team based in Essen. The two teams interacted with each other through a barbeque session held after the match. The team also observed a second division match of Bundesliga and visited the Cologne Cathedral. The players also toured around Dusseldorf to check out the sceneries of a German city. 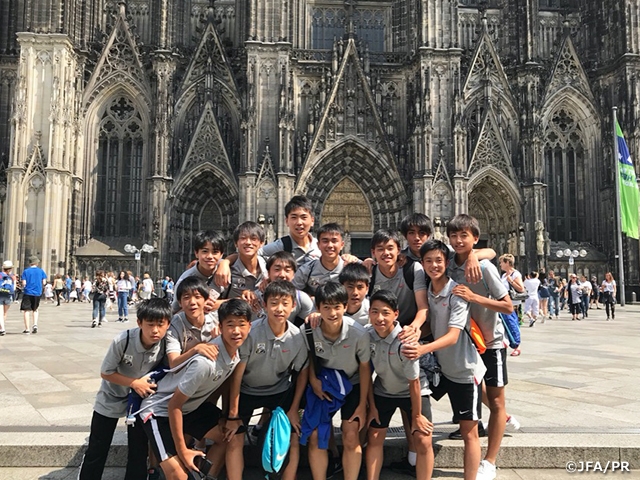 At the U18 category, the players are given the opportunity to revisit Europe to find out where they currently stand in the world. Through international matches, they experience in first-hand, what is effective and what is not effective at the world stage. This year the 9th class (U18) toured Italy. At this age category, players are experienced enough to manage their own conditions, so no one gets ill from the long travel. Once arriving in Italy, everybody made their adjustments to the local climate, cuisine, and environment.

Off the pitch, the players visited Roma, Trevi Fountain, Vatican City, and the Colosseum to observe the historic sceneries of Italy.

In October 2019, three U18 players from the Malaysian National Football Academy arrived in Japan to hold a joint training session at JFA Academy Fukushima. The three players each showed great character and it did not take long until they became friends with our players. All players are striving to reach the senior team of their own national team. The players promised each other to stay in touch and vowed to see each other at an international stage in the future. 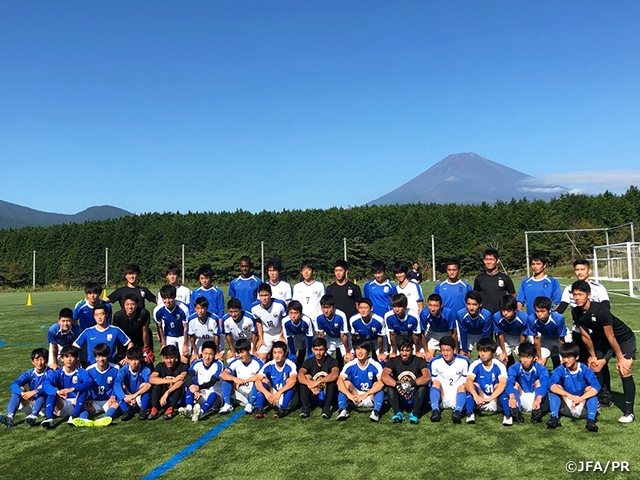