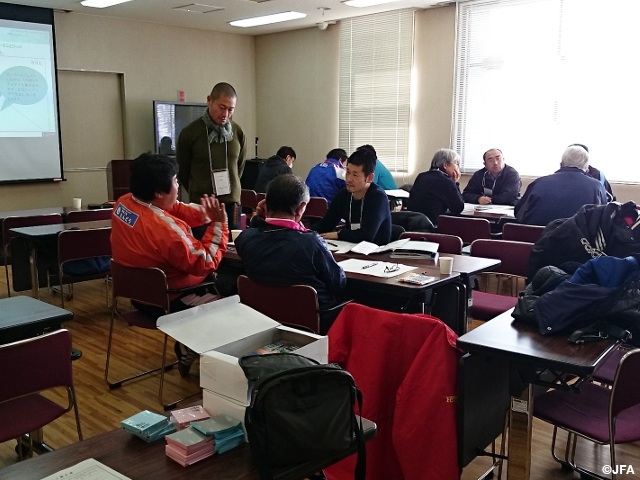 The JFA Sports Managers College (SMC)'s satellite classes were held at Koriyama municipal culture park on 24, 25, 31 January. It was the first time the event was hosted in Fukushima Prefecture.

The participants counted 14, including one woman. The ages ranged from the 30s through the 60s, and it had one participant from Miyagi Prefecture, not just from Fukushima. There was a chance of snow that could affect the event on the final day, but under instructor Sakaguchi Jun, a total of 11 participants ended up earning the certificates in the end. 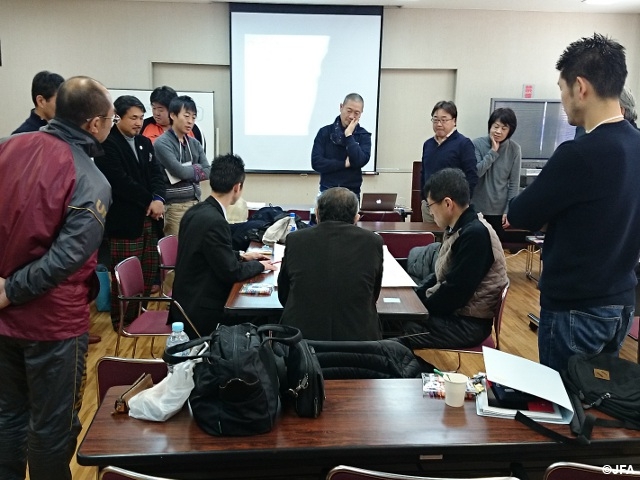 Mr. ARAKAWA Katsushi
As I took the SMC satellite courses this time, I was able to elaborate my ideas that had been kind of vague, and I'd never thought things into details that much. It was fun to imagine how I'd be, going forward to achieve my goals a year later, five years later and 10 years later. I got to know what I had to do to realise my ideals, so I would like to overcome them one at a time.

Mr. NAKAZAWA Nobuhiro
I've taken lectures on management skills, but I've often felt that I was just routinely doing so and felt like I was imposed to do it. On this SMC satellite lectures, I don't have any negative thoughts like that. Other participants are very positive and we exchanged a lot of opinions freely and I was able to learn so much, so I was inspired.

Mr. OOIGAWA Keiichi
Even on my regular job, I've understood that it was significant to act according to planning, but this time, as I got to spend the three days taking six different lectures, I was able to reassure that it was valid to clarify your visions and act to achieve those visions. I would like to work capitalizing on what I learned through the lectures from now on.

Mr. HATTORI Kazuhiko
I'm not involved in a club management or anything, but I joined it because I wanted to rethink how I should get involved in medical part of a local sports. Through the workshops, in which we learned different ways of thinking, I got to realize how narrow my vision had been, but at the same time it was a seminar that expand my dreams. Making sure I will treasure the learning and meetings with others, I would like to act toward my own visions. 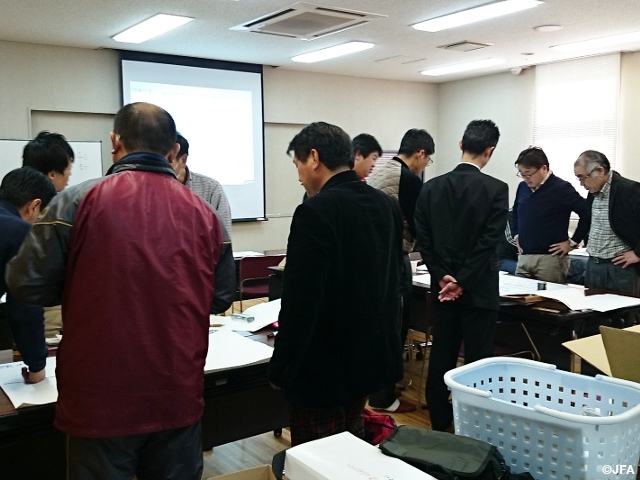