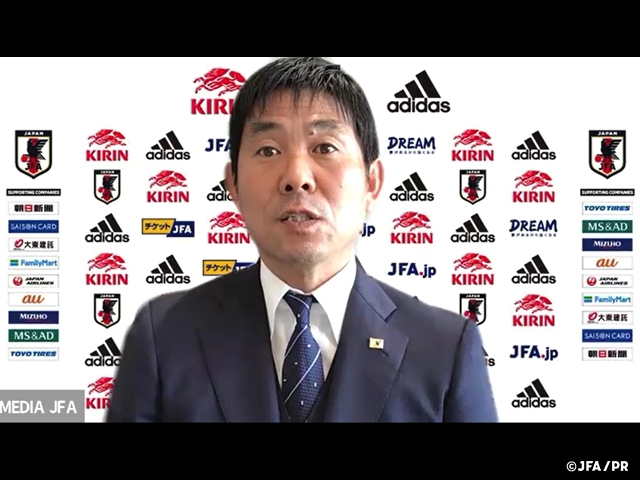 On Saturday 22 January, coach MORIYASU Hajime of the SAMURAI BLUE (Japan National Team) announced the squad for the upcoming matches of the AFC Asian Qualifiers (Road to Qatar) against the China PR National Team on Thursday 27 January and the Saudi Arabia National Team on Tuesday 1 February, both scheduled to be played at Saitama Stadium 2002. With KUBO Takefusa (RCD Mallorca) and UEDA Naomichi (Nimes Olympique) returning to the squad, the coach expressed his determination to “secure three points in both matches” and clinch the World Cup in the remaining four matches.

With the AFC Asian Qualifiers resuming after nearly a two-month break, the 23 players have been selected mainly from the squad that competed in the fixtures played in November.

While Kubo and Ueda will be making their return to the senior squad since last September and October respectively, goalkeeper SCHMIDT Daniel (Sint-Truidense VV) has been selected for the first time since the second round of the Asian qualifiers, which took place in June of last year. 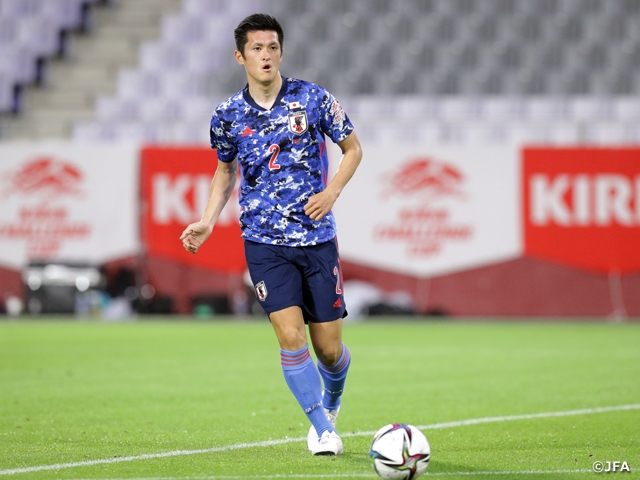 MAEDA Daizen, who scored on his debut for Celtic FC in Scotland, ITO Junya (KRC Genk), who scored in back-to-back away matches in November, and MINAMINO Takumi (Liverpool FC), who recently scored a birthday goal in the English Premier League, TOMIYASU Takehiro (Arsenal), ENDO Wataru (VfB Stuttgart), and TANAKA Ao (Fortuna Dusseldorf) were also included in the squad.

Regarding his team selection, who will be competing in their first series of matches since last November, coach Moriyasu mentioned, “overall, they are the best players we’ve got at this stage,” explaining that he took into account the fitness of the players playing overseas, who are in the middle of the season and have been playing official matches this month, as well as the players playing in Japan, whose conditions are improving. He also mentioned that he factored in how well the players understood the team's strategies from their previous national team activities. “By continuing to select the same players over and over, we will be able to work together more smoothly,” said the Japanese coach.

Although the team will be without their captain YOSHIDA Maya (UC Sampdoria) due to injury, the coach shared his confidence, “We have plenty of players who can fill his shoes. Because each and every one of the players have acted responsibly, we have been able to get this far.”

Having won four and lost two of their last six matches, Japan is in second place in the group with 12 points, which is the borderline to qualify for the World Cup without having to play in the play-offs. However, they are only one point ahead of Australia, who is in third place.

China PR is in fifth place in the group with five points from one win, two draws, and three losses. The team welcomed a new coach in December, LI Xiaopeng, an experienced former China PR National Team midfielder who had previously been in charge of Shandong Taishan FC. Japan won the first leg 1-0 on 11 September, in a match that took place in Qatar as the home fixture for China PR.

Saudi Arabia, on the other hand, leads the group with 16 points, having won five matches, drawn one, and lost none of their matches so far. Japan lost the first leg 0-1 in an away game played on 8 October. The Saudis will take on Oman at home on 27 January before making their trip over to Japan.

“China PR has a new coach and is building a new team. Saudi Arabia will be aggressive in both offense and defence. It is important that we focus on how we fight against them.”

With four fixtures remaining in the AFC Asian Qualifiers, coach Moriyasu shared his aspiration for the upcoming pair of matches, “The matches against China PR and Saudi Arabia will be crucial for us to qualify for the World Cup and to achieve our goals beyond that. We want to play each match as if we are playing in a tournament.”

The team will begin their training on Monday 24 January. 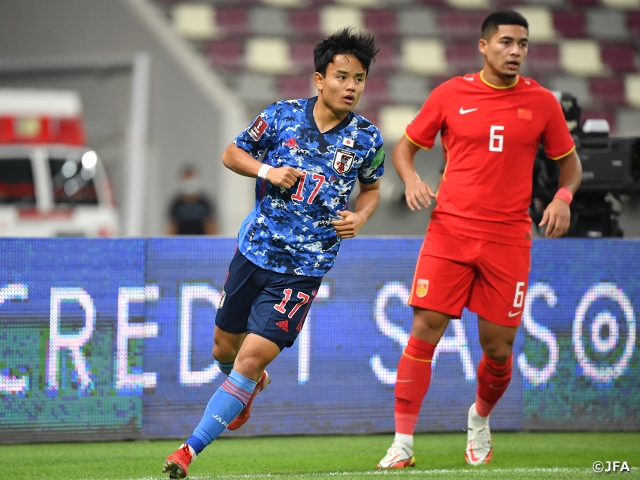 MORIYASU Hajime, Coach of SAMURAI BLUE (Japan National Team)
I would like to express my gratitude to the government, Saitama Prefecture, and many other people involved for their cooperation in allowing us to play these home fixtures against China PR and Saudi Arabia. We hope to bring energy and courage to many people by winning these matches. I would also like to thank all the J-Clubs and high schools for allowing us to hold our domestic training camp, which lasted until yesterday, at a time when they were preparing for the new season.

Ahead of the matches against China PR and Saudi Arabia, I feel like I have chosen the best players at this stage. The players playing overseas have already played two or three matches this year, so they are in great form in terms of game intuition and fitness. We also have players from the J.League, who we have worked with in the past. They are in better condition after the training camp and shown that they are capable of making the transition smoothly. Although there were players who participated in the camp but did not make the squad, there were plenty of players who I thought would definitely be able to make an impact on the national team. We need their help when the situation arises. The camp was very important in terms of improving the overall level of the national team and building the depth of the squad, which gave us the confidence that the national team will be able to compete in any situation without losing its strength.

Although we are without Yoshida due to injury, we have plenty of players who can fill his shoes. Yoshida has done a magnificent job in organising the team and acting as a bridge between the players, staff, media, and supporters. However, because each and every one of the players have acted responsibly, we have been able to get this far. What can each of us do to help the team win? The team captain will be chosen after we start the team's activities.

The matches against China PR and Saudi Arabia will be crucial for us to qualify for the World Cup and to achieve our goals beyond that. We have already lost two matches, so we want to play each match as if we are playing in a tournament. I would like to see each of the players showcase what they are capable of, run for the team, and fight to the end. We will prepare ourselves in the best way possible within the time we have, so that we can secure three points in both matches.

SORIMACHI Yasuharu, JFA Technical Director
We would like to thank all the clubs for their support during the five days of the training camp, which was held at the start of their season. With the impact of the Omicron variant, the situation is very difficult, but thanks to the generosity of the government we will be able to play two home fixtures here in Japan. We are delighted to be able to play at Saitama Stadium 2002 thanks to the efforts of many people, including the Governor of Saitama Prefecture, Mr ONO. We will do our best against China PR and Saudi Arabia, taking into account the support we have received from everyone. We will support the team as much as we can, so that they can prepare themselves in the best way possible to earn the maximum points possible.