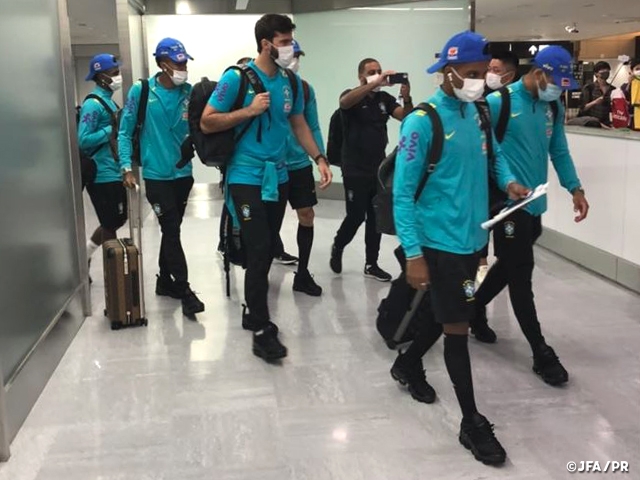 On Friday 3 June, the Brazil National Team arrived in Japan ahead of their match against the SAMURAI BLUE (Japan National Team) in the KIRIN CHALLENGE CUP 2022, scheduled to be played at the Japan National Stadium (Tokyo) on Monday 6 June.

Following their match in Republic of Korea, the Brazil National Team arrived at Narita International Airport in the evening of 3 May and were transferred to their hotel. The team began training the following day and is now preparing for the match.

The KIRIN CHALLENGE CUP 2022 match between the SAMURAI BLUE and the Brazil National Team is scheduled to kick-off at 19:20 on Monday 6 June.

TITE, Head Coach of Brazil National Team
I have good memories of Japan, where I won the FIFA Club World Cup™, and I feel honoured to be back in Japan in this way.