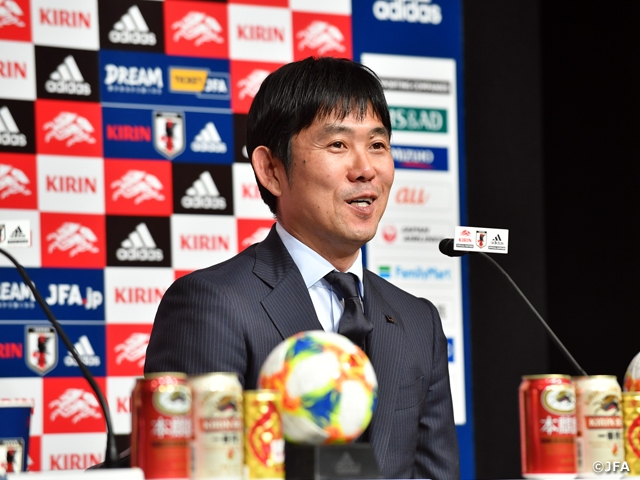 On Wednesday 6 November, coach MORIYASU Hajime of the SAMURAI BLUE (Japan National Team) announced the rosters for the away match against the Kyrgyz Republic National Team at the second round of the FIFA World Cup Qatar 2022 Asian Qualification (Thursday 14 @Bishkek) and the KIRIN CHALLENGE CUP 2019 match against the Venezuela National Team (Tuesday 19 @Osaka). The Japanese coach named a total of 32 players for the two matches, while sharing his aspiration to heighten the overall level of the team.

With the team in the midst of a three game winning streak at the second round of the Asian qualifiers, coach Moriyasu mentioned that, “We are planning on winning all matches to advance through.” In their fourth match against the Kyrgyz Republic National Team, the Japanese coach named familiar players such as, MINAMINO Takumi (FC Red Bull Salzburg), NAKAJIMA Shoya (FC Porto), SHIBASAKI Gaku (Deportivo de La Coruna), and YOSHIDA Maya (Southampton FC), while selecting ASANO Takuma (FK Partizan Belgrade) and KAMADA Daichi (Eintracht Frankfurt) back to the team, following their call-up from last month. SUZUKI Musashi (Hokkaido Consadole Sapporo) made his return since September, while both SASAKI Sho (Sanfrecce Hiroshima) and YAMAGUCHI Hotaru (Vissel Kobe) got their first call-up since March. 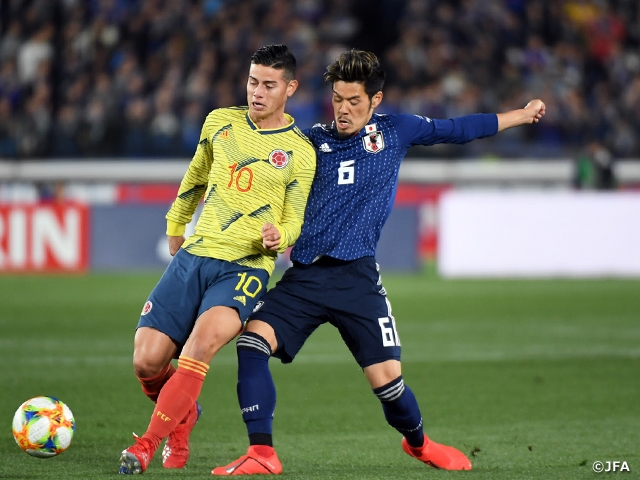 Meanwhile, KUBO Takefusa (RCD Mallorca), DOAN Ritsu (PSV Eindhoven), and ITAKURA Kou (FC Groningen) were not selected to the squad, as they were listed with the U-22 Japan National Team, who are scheduled to play a match during the same time period. OSAKO Yuya (Werder Bremen), who just came off an injury, was not included in either squad, with considerations of his physical conditions.

The team will leave Japan on Sunday 10 November and start their trainings in Kyrgyz Republic on Monday 11. Following their match at Bishkek, nine players; Minamino, Kamada, Yoshida, SCHMIDT Daniel (Sint-Truidense V.V.), NAGATOMO Yuto (Galatasaray S.K.), SAKAI Hiroki (Olympique de Marseille), ANZAI Koki (Portimonense S.C.), ITO Junya (KRC Genk), and ENDO Wataru (VfB Stuttgart), will return to their respective clubs. To replace these players, nine players will join the team ahead of the match against Venezuela at Osaka. Among the nine players, five players; IDEGUCHI Yosuke (Gamba Osaka), OHSHIMA Ryota (Kawasaki Frontale), KURUMAYA Shintaro (Kawasaki Frontale), MIURA Genta (Gamba Osaka), and NAKAMURA Kosuke (Kashiwa Reysol), will make their return to the squad. For Ideguchi, this will be his first call-up to the national team since May 2018, marking his first selection under the regime of coach Moriyasu. 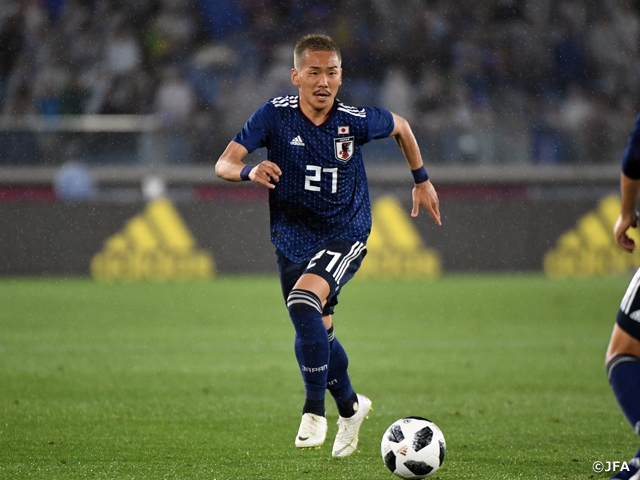 For SHINDO Ryosuke (Hokkaido Consadole Sapporo), ARAKI Hayato (Sanfrecce Hiroshima), FURUHASHI Kyogo (Vissel Kobe), and ONAIWU Ado (Oita Trinita), this is their first selection into the SAMURAI BLUE. The nine players mentioned above will join the team at Osaka on Saturday 16 to prepare for the match against Venezuela. Regarding his selection of the 32 players, coach Moriyasu explained, “I wanted to take a look at the players I haven’t been able to call-up and learn about their characters. I want the team and players to gain further experience, which will ultimately allow us to heighten the overall level of the national team.” The Japanese general continued by sharing his aspiration ahead of the two matches, “Through these matches, I want to learn that there are plenty more talented players who are yet to be called to the team. We will strive to win the matches one match at a time.”

The SAMURAI BLUE will face the Kyrgyz Republic National Team at Dolen Omurzakov Stadium in Bishkek on Thursday 14 November at 17:15 (20:15 Japan time), while the match against Venezuela will take place at Panasonic Stadium Suita in Osaka on Tuesday 19, with a kick-off time of 19:25.

MORIYASU Hajime, Coach of SAMURAI BLUE (Japan National Team)
We are expecting the match against Kyrgyz Republic to be a very tough match for us, but we will enter the match with full pursuit to earn a victory. Thus far, our players have worked extremely hard and executed our game plans with great level of focus, which led us to three consecutive wins. Our ability to showcase our full potential will play a key role in our next match against Kyrgyz Republic. Regardless of who we face, we will enter each match with the intention to become a better team.

From what we saw in our match against Tajikistan, we need to do a better job in moving the ball under pressure and heighten the quality of our plays at the final third. We also need to make quicker transitions from offence to defence, as we allowed our opponents to break away from counterattacks in many occasions.

We will be rotating many players for our match against Venezuela. For the players playing in Europe, I wanted to give them enough time to recover their conditions, so that they can fight for their starting position at their respective clubs. I have made several new selections to this team, and I hope these players will be able to absorb the team strategies, so that they will become a force to be reckon with. For the young players, this match will give them precious experience. Through this match against Venezuela, we hope to heighten the level of both the team and the individuals. Ultimately, that will help the entire Japanese football community to reach higher standards.

SEKIZUKA Takashi, JFA Technical Director
We have managed to win three consecutive matches at the second round of the Asian qualifiers, but we hope to make it four in a row with a win over Kyrgyz Republic in November. We have seen many players showing their presence from variety of age categories, and the overall competition among the Japan National Team has intensified over the recent years. While the team has shown great fusion between generations, we hope to showcase new options in the match against Venezuela at the KIRIN CHALLENGE CUP. These two matches will provide us with great opportunities to test out the future possibilities for the Japan National Team under coach Moriyasu. We hope to display a solid performance that can lead to further growth for the Japanese football community.