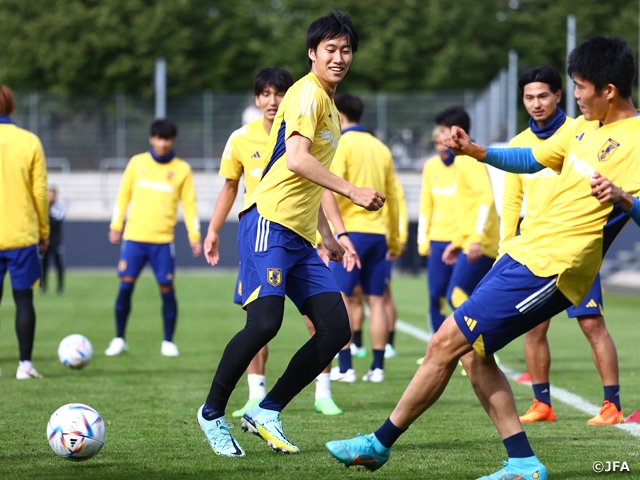 At the training session held in the afternoon, the three players who arrived in Dusseldorf last night due to the weekend's league matches, were in good spirits. Gonda, together with the other three goalkeepers, worked out using the ball, while Nagatomo and Soma went through a light training menu. 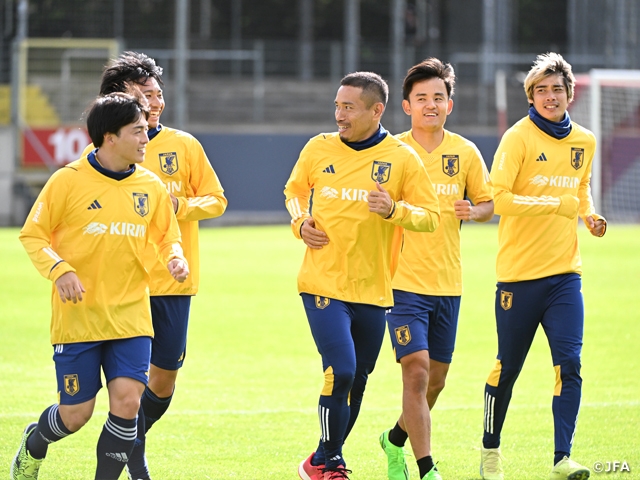 Meanwhile, the players who have been participating in the training since first day of camp, went through their warmup routine before engaging in passing and possession drills. When the team moved on to more intense drills, FURUHASHI Kyogo (Celtic FC), ITO Junya (Stade de Reims), and DOAN Ritsu (SC Freiburg), were directed to wrap up the session due to their condition, as they had played in a match at their clubs over the weekend.

The remaining players worked on their build-up plays, crosses, and shooting from various situations, before playing a half-court scrimmage with nine aside plus a neutral player. The players showed great intensity while making conscious efforts to stay on the same page with each other and to finish their plays with a shot. 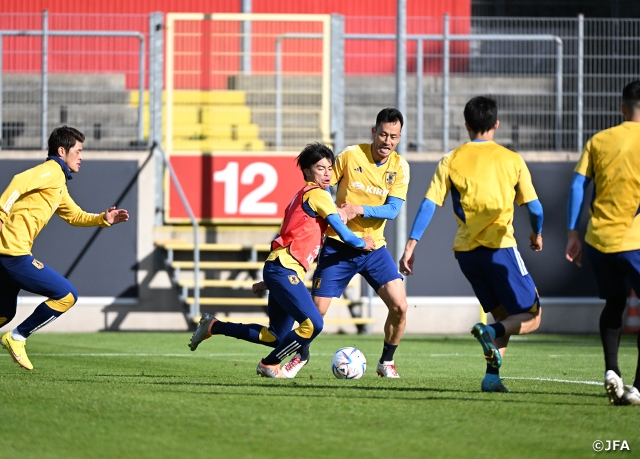 The team will continue with their trainings ahead of their matches against the USA on Friday 23 and Ecuador on Tuesday 27. Both matches will be held at Dusseldorf Arena. 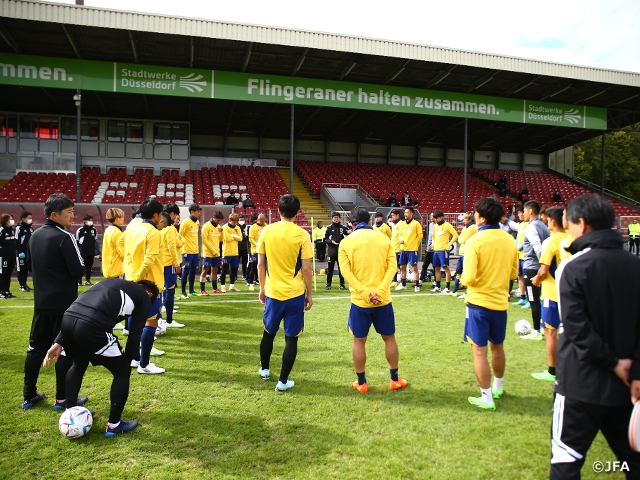