JP
[an error occurred while processing this directive]
HOME > Respect > NEWS > Activities to eliminate physical and verbal abuse in Basketball - Elimination of Violence in Football Vol.100

Activities to eliminate physical and verbal abuse in Basketball - Elimination of Violence in Football Vol.100 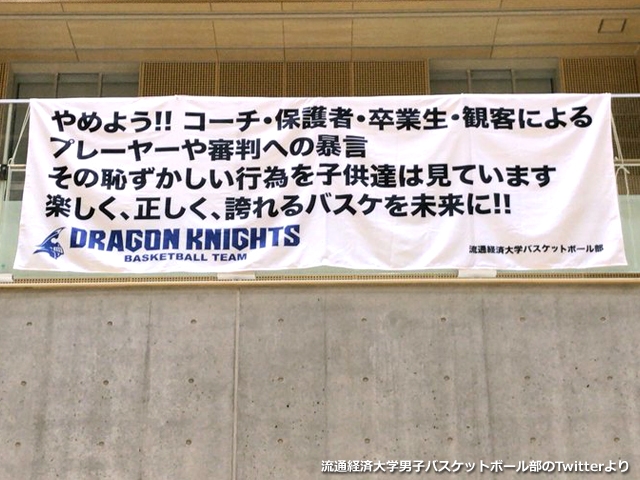 Greetings to all football coaches. I am UDAGAWA Takao from the Integrity Committee of the Japan Basketball Association (JBA). Here I would like to share the activities carried out by JBA to eliminate physical and verbal abuse in basketball.

The JBA Integrity Committee was established on 25 December 2018. First, I will explain the background behind the establishment.

The incident involving the Sakuranomiya High School boys’ basketball team took place in December 2012. This incident shocked not only the basketball world but the entire sports world and became a major turning point for our society to strongly promote the eradication of physical and verbal abuse. In response to this incident, JBA conducted a survey towards registered coaches in April 2013, which was followed by strict cautions issued in June.

However, the reality was far from eradicating physical and verbal abuse. According to the survey taken from April 2013 to October 2018, the number of corporal punishments acknowledged by the All Japan High School Athletic Federation was 27 out of 149 (18%), while the number of consultations with the Japan Sport Association (JSPO) was 60 out of 315 (19%), both of which were the highest among all sports. Given these survey results, the Integrity Committee was established based on the “spirit of integrity” to realise JBA’s philosophy of “energising Japan through basketball.” The committee was established for the purpose of setting guidelines and to carry out enlightenment activities to enhance resourcefulness, leadership, organisational strength, and the overall value of basketball.

In April 2019, with the aim of eradicating physical and verbal abuse, we delivered the above message nationwide and implemented the following three initiatives.

① Thorough dissemination of JBA's efforts to eradicate physical and verbal abuse (document notification to all registrants, notifications at various tournament representative meetings).
② Publish in tournament booklets and posting message banners at match venues.
③ An act of “physical or verbal abuse” conducted by a coach to a player will be treated as a technical foul. If there are two cases in a single match, the coach will be ejected from the match (not a change in the rules but expanding the scope of application).

In addition, coaches were instructed at various places on the following three points.

① This is not a witch hunt to condemn the wrongdoings in the past.
② Physical and verbal abuse will not be tolerated in our current society, and each and every coach should work to eliminate physical and verbal abuse.
③ The purpose of implementing the new rule on technical fouls is to enhance the value of basketball and to eliminate unsightly scenes for the spectators and parents.

Technical fouls were quantified, and a survey was conducted to visualise the actual situation. As shown in Table 1, the number of technical fouls were higher at national competitions, showing that the issue of physical and verbal abuse still persists among strong and winning teams.

In response to this result, from December 2019, a nationwide programme called the “CLEAN THE GAME Campaign” was launched to further disseminate the message and conduct educational activities. As a result, there were zero technical fouls issued for physical and verbal abuse at the “SoftBank Winter Cup 2019” held in December.

Since establishing the Integrity Committee, we feel that we have achieved some success in eradicating violence from the game, but this is only made possible through the punishment of technical foul. In addition, there are still many issues to be solved to eradicate violence at a day to day basis (such as regular practice). I feel that it is necessary to take further measures on this issue, including more surveys on coaches and parents in the future.

Lastly, in order to eliminate physical and verbal abuse, it is necessary to work not only at the organisational level, but to have the entire sports world tackle on the issue. Along with JFA, JBA will take the initiative to cooperate with other sports organisations, so we ask for your kind understanding and cooperation.