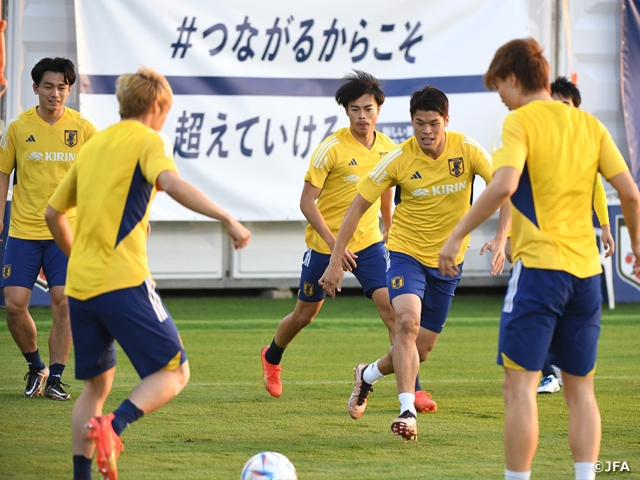 Three days before their first group stage match against Germany in the FIFA World Cup Qatar 2022™, the SAMURAIBLUE (Japan National Team) held a training session at their base camp in Doha on Sunday 20 November. The session was held behind closed doors for the second straight day, as the team went over their tactics.

On the opening day of the FIFA World Cup Qatar 2022™, the first World Cup to be held in the Middle East, the team began training in the evening to match the kick-off time against Germany on Wednesday 23.

In the first 15 minutes, in which the session was open to the media, the players were seen taking a light jog led by YOSHIDA Maya (FC Schalke 04), NAGATOMO Yuto (FC Tokyo), and SHIBASAKI Gaku (CD Leganes), before engaging in a passing drill where the field players were divided into two groups. The three goalkeepers went through their own drills, as they worked on their catching and punching skills in front of the goal. 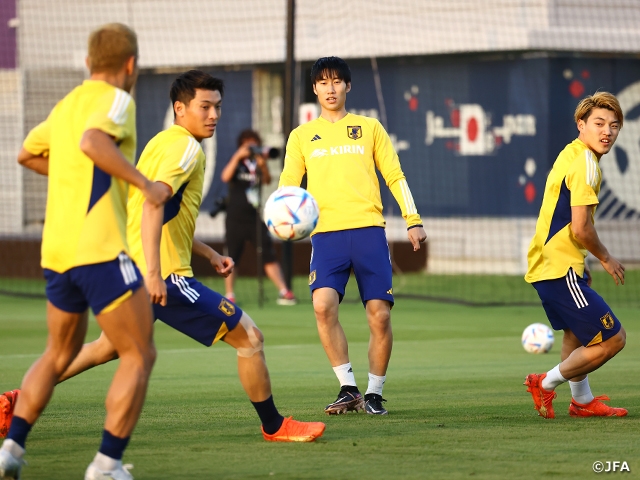 Meanwhile, MORITA Hidemasa (Sporting CP), who is experiencing discomfort in his left leg, trained on a separate menu, but was seen out on the pitch from the start of the training session

After the players went over the team tactics behind closed doors, SAKAI Hiroki (Urawa Red Diamonds) noted that “We need to be fully prepared in order to put up a good fight against opponents like Germany,” but also added, “Playing with confidence is key to defending. We need to share that vibe with the 11 players on the pitch.” 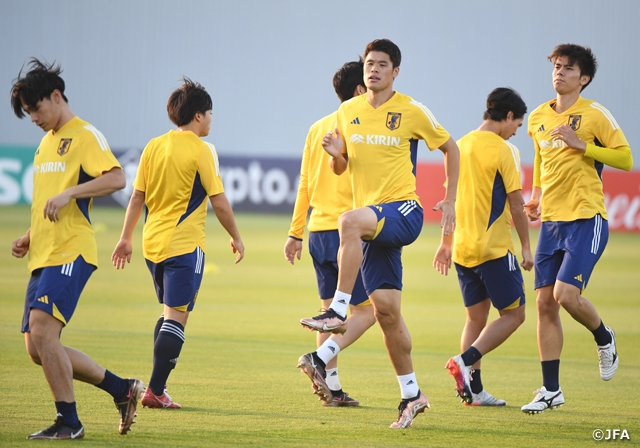 MITOMA Kaoru (Brighton & Hove Albion FC), who was late to join the team due to an illness, said after practice, “Since I arrived late, I was worried about the heat, but I am used to it now. I think I will be back in full fitness for the match against Germany.” The winger also added, “I want to make an impact when I come on, whether as a starter or as a substitute. I need to organise my mind to help the team.”

On this day, the opening match of the tournament was played at Al Bayt Stadium, where Qatar lost 0-2 to Ecuador, marking the first time in World Cup history that the host nation started off the tournament with a loss.

The tournament runs until Sunday 18 December, with the top two teams from each group advancing to the knockout stage.

Japan will play Germany on Wednesday 23 November, Costa Rica on Sunday 27 November, and Spain on Thursday 1 December in Group E. 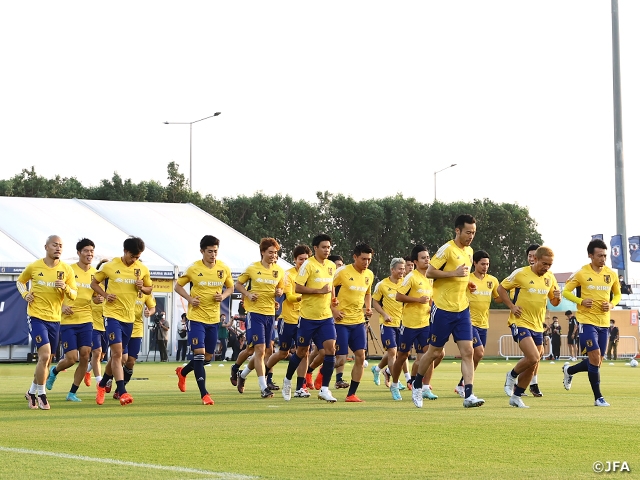