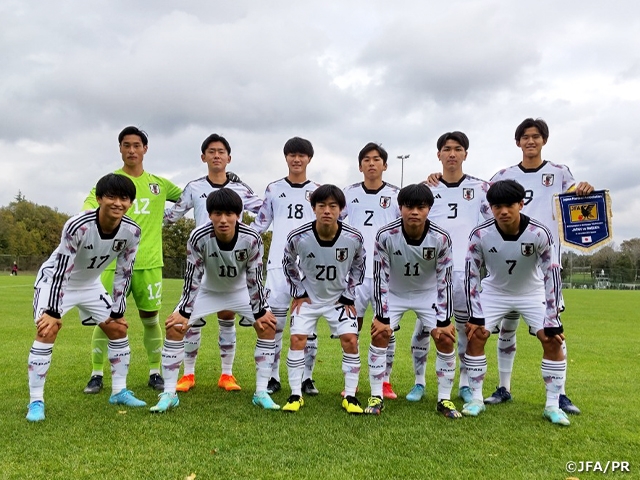 On Friday 18 November, the U-17 Japan National Team played their second match of the International U-18 Friendly Tournament against the U-17 Sweden National Team in Croatia.

Both Japan and Sweden entered the match with a lot of motivation after losing the first match, but the two sides were unable to find their composure to control the ball in the early minutes. As the match progressed, both sides managed to settle down to create chances. Japan scored the opening goal in the 30th minute, when IIDA Rikuto (Kyoto Sanga FC U-18) struck a powerful header off of a long feed delivered by NAGATA Kotaro (Yokohama FC). Sweden responded in the 41st minute by converting a penalty kick in the 41st minute to equalise the match. 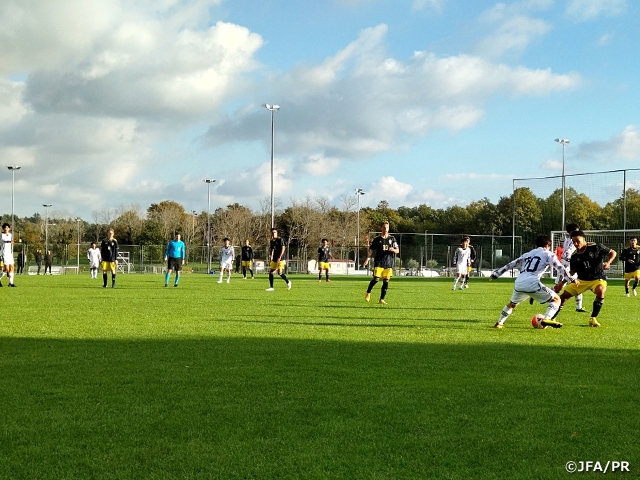 Although it was Sweden who created more chances in the second half, Japan managed to keep the score tied at 1-1, thanks to the fine saves made by their goalkeeper HAMASAKI Tomoyasu (Kawasaki Frontale U-18). The deadlock was broken in the 80th minute, when GOTO Keisuke (Jubilo Iwata U-18), who was entrusted with the armband for this match, assisted the gaol of ISHII Hisatsugu (Shonan Bellmare U-18) to retake the lead. 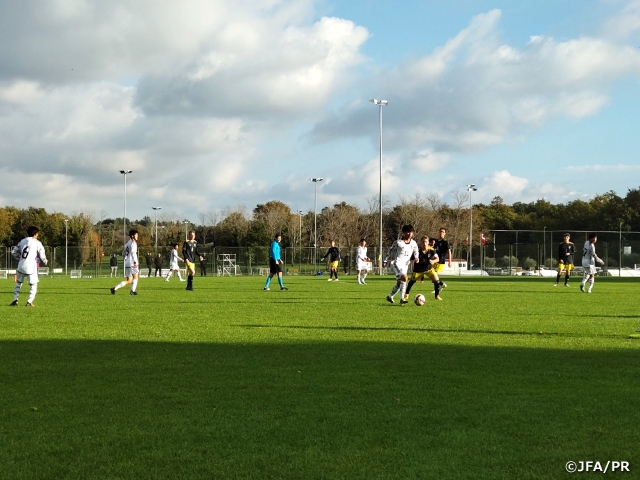 GK #12 HAMASAKI Tomoyasu (Kawasaki Frontale U-18)
We entered today’s match fully determined to win after losing our first match, and I believe the team deservedly earned this victory after a hard-fought battle. Although I personally made some mistakes, I am happy with my overall performance, so I intend to keep showing performances like this to help the team win more matches. This match provided us with an opportunity to find out where we stand in the world. We want to win our next match to finish this tour on a high note.

DF #20 NAGATA Kotaro (Yokohama FC)
First of all, I am glad I was selected to this team. Through the team activities, I have been able to play football at a level I have never experienced before, and I tired to show my qualities in this match against Sweden. Although we conceded a goal, I feel like we were able to display the kind of football we are striving for. I am glad I was able to assist a goal, but I felt there is still much room for improvement. With this being my first time playing for the national team and first time playing in this position, I am still in the process of trying to fulfil my duty, but I hope that by actively engaging with my teammates, I can contribute to the team's victory in the upcoming match.

FW #9 GOTO Keisuke (Jubilo Iwata U-18)
We told each other that his was a match we cannot afford to lose, because we were facing another U-17 side. Although we struggled to make adjustments against our opponents’ formation at first, we managed to take control of the match midway through the first half after communicating with each other on the pitch. We made conscious efforts to exploit the spaces behind the opponents’ defence line in the second half, which turned out to be effective. I am happy that we were able to score four goals in this match. We will do our best to prepare ourselves ahead of the final match to finish off the tournament on a high note. 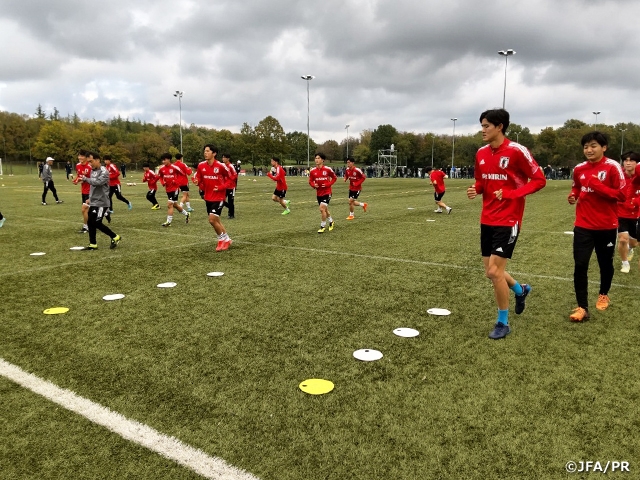