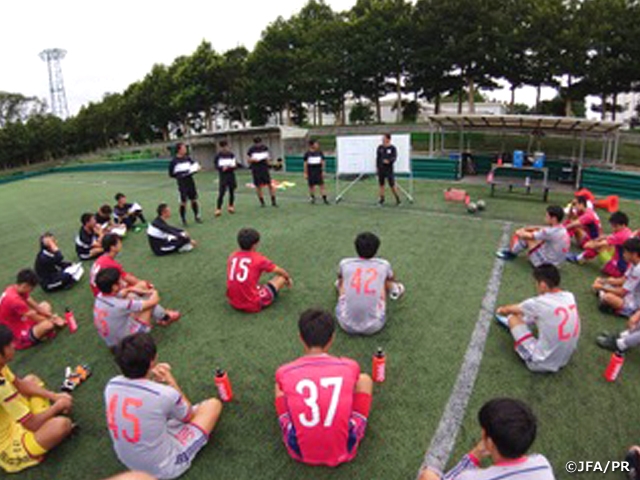 After spending nearly a month and a half as a study period where the instructors visited each participant’s club teams, the S-Licence Coaching Course 2019 resumed its course with the module 3 short-course. Here we will share the report from Mr. SAKAI Naoki (Nippon Sport Science University Kashiwa High School/Kashiwa Reysol). 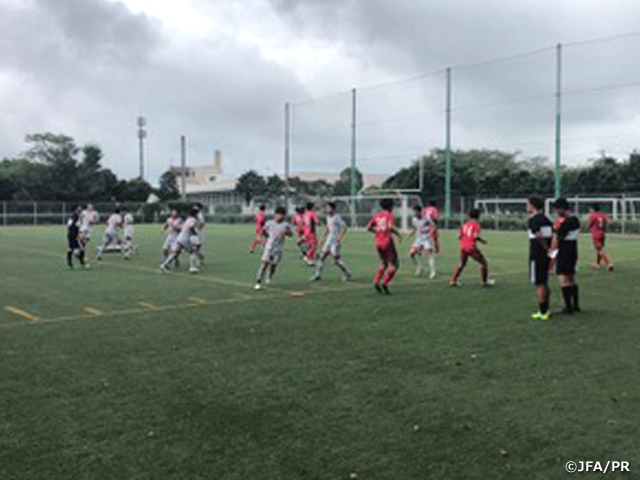 Mr. SAKAI Naoki
It has been over two months since we finished Module 2, and we have now started Module 3 with a short-course that took place at Kashima Heights Sports Plaza in Ibaraki from Monday 2 to Thursday 5 September.

Following the first short-course, players of Ryutsu Keizai University once again came out to support our course. Despite having their league match scheduled in the weekend, the players gave us their best efforts during the sessions. Through the course, all 16 participants managed to learn new findings and we were able to spend a very productive time.

This short-course mainly featured coaching sessions in both morning and afternoon sessions. Similar to what we did in Module 2, we grouped ourselves into groups of four (head coach, assistant coach, goalkeeper coach, and physical coach), where each group was assigned with a team consisting 11 players, and we alternately conducted training sessions and matches during the four day course. We played a training match on the first day to allow each team to analyse the team’s weaknesses. For the next two days, we alternated our roles within the coaching staff and worked on the team for a total of four training sessions to put the team strategy into practice. We concluded the coaching session by holding another training match on the final day to compare the performance from the first match. This whole process has allowed us to share each other’s perspective and give feedbacks on how to enhance our coaching experience.

After our afternoon sessions on the second and third day, we were given the opportunity to observe the training sessions held by the Japan National Team, who was training in Kashima ahead of the KIRIN CHALLENGE CUP 2019. The top players of Japan showed enormous amount of confidence and pride as they intensively worked through the training session. After seeing so many people getting involved and watching over the team, it left me with a sense of awe. At the centre of the stage, there was coach MORIYASU who manages the entire team. Without speaking a word, he has shown us his charisma that keeps this team as a unite. This opportunity to observe the training sessions of the Japan National Team has given the participants a unique and precious experience.

Our next intensive course is scheduled just around the corner, on Monday 9 September. We will continue to stay eager to acquire new knowledge and strive to become a better coach.

Lastly, I would like to thank the players of Ryutsu Keizai University and everybody who was involved for supporting this course.

Next time, we will share the report from Mr. SATO Jin (Kyoto Sanga FC). 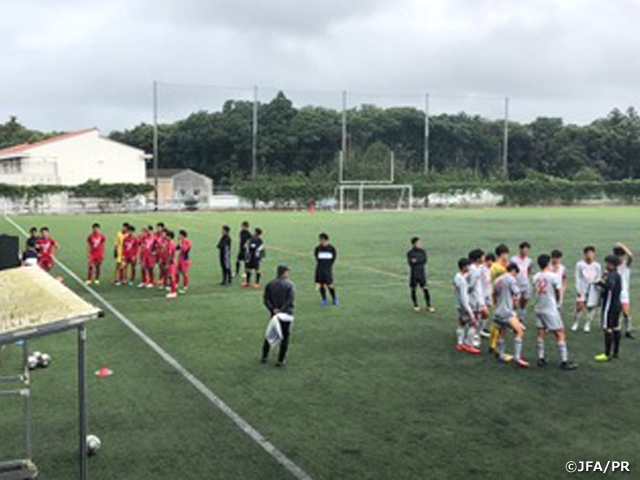