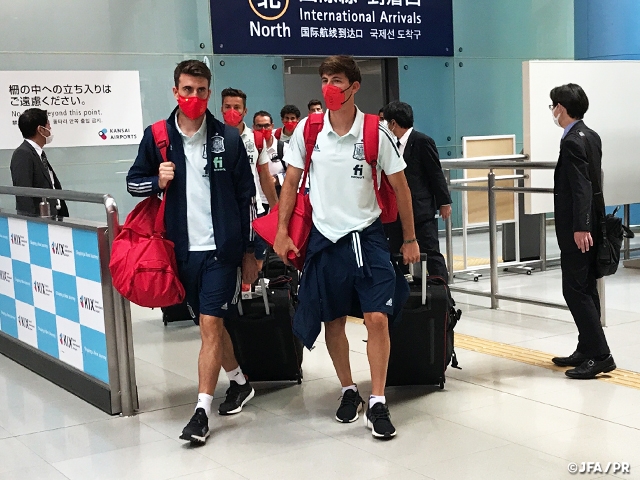 On Wednesday 14 July, the U-24 Spain National Team arrived in Japan ahead of their match against the U-24 Japan National Team at the KIRIN CHALLENGE CUP 2021. Here we will share the comments of coach Luis DE LA FUENTE and Marc CUCURELLA (Getafe CF).

●Luis DE LA FUENTE, Coach
We have finally arrived to this stage. With just eight days left until the Olympics, we can hardly wait. In order to enter the tournament in our best condition, we must use the remaining time wisely to get used to the time difference, custom, and all the changes in our surrounding environment. It’s important that we make adjustments while also adapting to the new environment.

Just as the Olympics, the upcoming match (against Japan in the KIRIN CHALLENGE CUP 2021) will be an extremely important match for both countries, and it is one of the matches we had been looking forward to. It will be a match that will define our process and showcase what we are capable of doing. There is no doubt that Japan is a team with high potential, and we are certain that this match will provide us with an opportunity to measure where we currently stand. As the host country, Japan will enter this match with the intention to showcase their best possible performance, which will require us to give our best effort to match their intensity. Not only will this match be a test match for us, but it will also give us the opportunity to gradually pick up the focus level ahead of the Olympics. In terms of preparation for the Olympics, there are no better match than this, so we will do our best to enter the Olympics on a high note.

I had the opportunity to visit Japan a few years ago, and I was getting the impression that Japan is very passionate about football. We were greeted and welcomed by so many people in Japan, and it reaffirmed the fact that we are the representing Spain. We appreciate the warm hospitality, and although most people will be cheering for Japan, we hope to showcase a performance that would make the Japanese fans want to cheer for us at the Olympics. 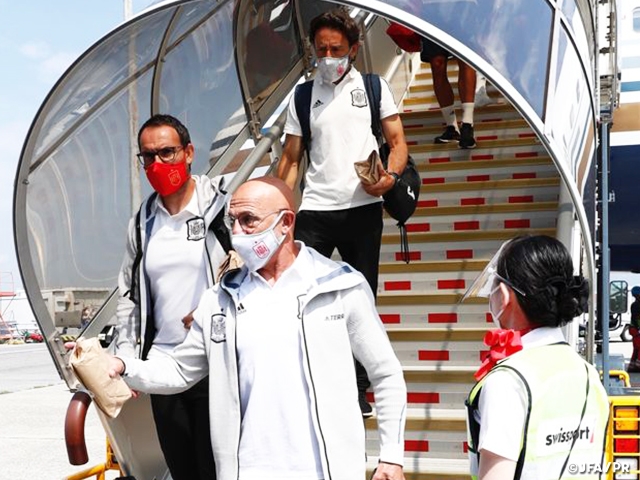 ●Marc CUCURELLA (Getafe CF)
It was along trip, but in order to minimise the affect of the jet-lag, we listened to the advice of our doctor and physical coach. I am very satisfied to make it here in Japan, and we are gradually getting the sense that the Tokyo Olympics is just around the corner. We have a very important match against the U-24 Japan National Team ahead of the Olympics. I am certain that the Japanese side will be fully prepared as the host nation, so we are expecting a very difficult match. The host country has the advantage of preparing themselves with the support of their fans, which will allow them to showcase a strong performance. This match will give us the opportunity to feel and experience the atmosphere of the Olympics. 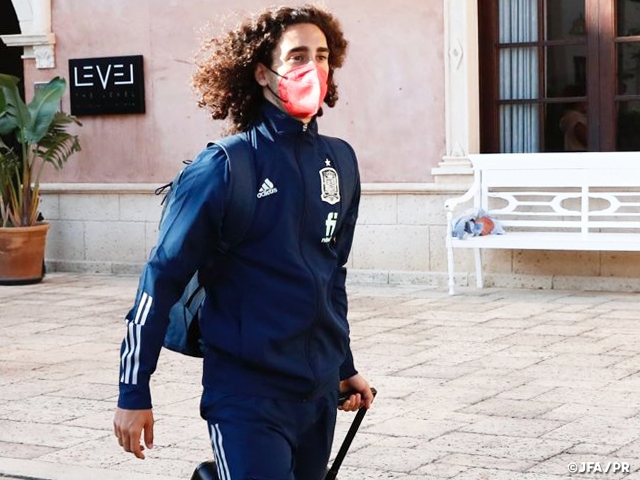 Before traveling to Japan, the U-24 Spain National Team held an exchange programme with the Japanese children residing in Spain. On Friday 9 July, the “Spain x Japan Dream Project” was carried out, as three members of the U-24 Spain National Team, Marco ASENSIO (Real Madrid), Mikel MERINO (Real Sociedad), and Bryan GIL (Sevilla FC) participated in an online event to interact with the students at the Japanese School in Madrid. The project was planned and carried out by the JFA European office, Embassy of Japan in Spain, and Royal Spanish Football Federation, with the aim to deliver dreams to the children, and to promote the Olympics that will be held in Japan. Although the event was held online, the participating children seemed to be excited for the opportunity to speak with the players face to face. 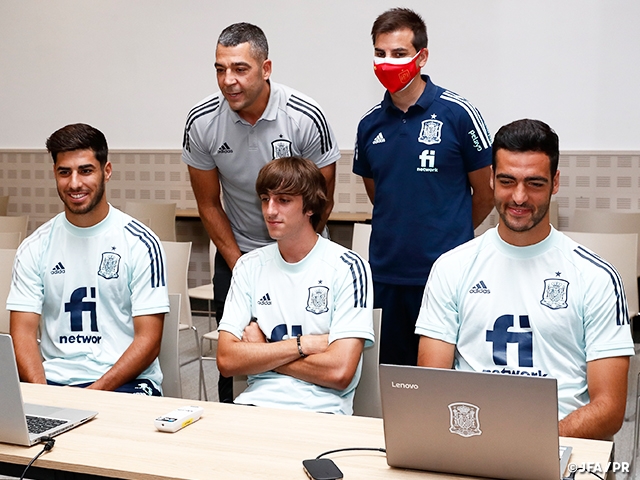 Squad of U-24 Spain National Team