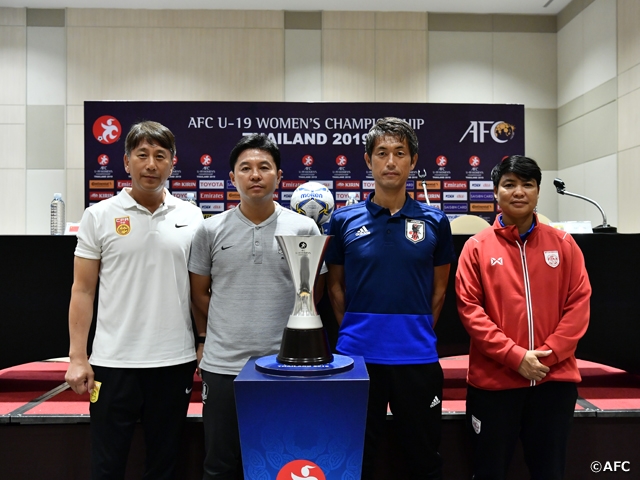 On Sunday 27 October, the U-19 Japan Women's National Team held their final training session ahead of their first group stage match of the AFC U-19 Women's Championship against the U-19 Myanmar Women's National Team. The team went through their set-plays and possession drills to work up a sweat in the one hour session.

The tournament’s official press conference was held in the morning, where coaches of the four teams of Group B, China PR, Korea Republic, Myanmar, and Japan, took the podium. At the press conference, Japan’s coach IKEDA Futoshi shared his aspiration, “We are honoured to be here. Although Japan will be entering this tournament as the defending champions, I have told my players to play with a challenger’s spirit. I want them to develop as a team and as individuals through this tournament.” 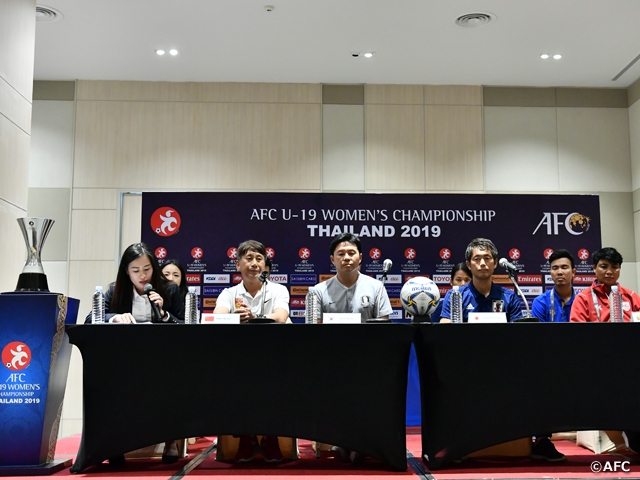 DF #3 GOTO Wakaba (Nippon TV Menina)
With are first match against Myanmar scheduled tomorrow we covered our set-plays and went through our tactics one last time. We experienced a sudden rain shower during our session today, which allowed us to get a feeling of the ball under wet conditions. We hope to showcase everything we’ve worked on and start the tournament with a victory.

DF #23 MIZUNO Fukina (INAC Kobe Leonessa)
The tournament has finally kicked-off today. The Group B matches will start tomorrow, so we worked on our set-plays ahead of our match against Myanmar. We have prepared thoroughly to win this tournament, so we hope to get off to a good start tomorrow.

Top 3 finishers of this tournament will earn spots into the FIFA U-20 Women’s World Cup 2020.