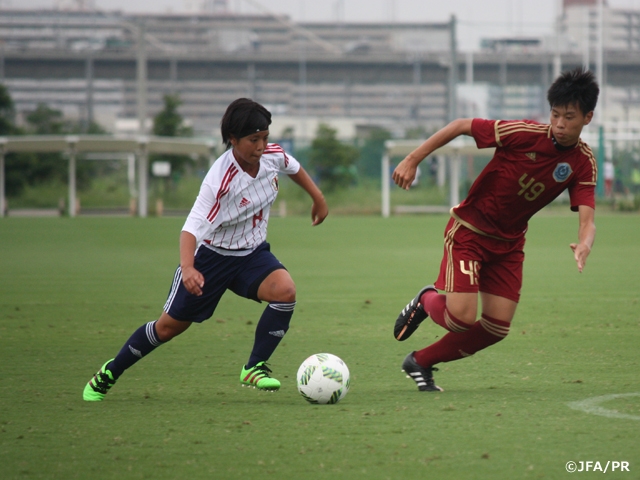 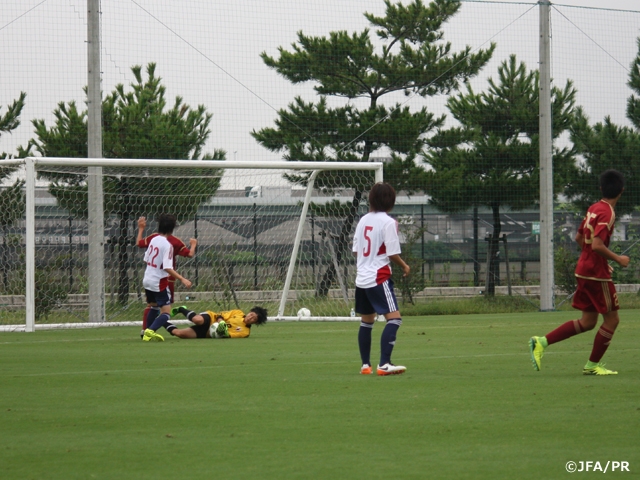 With thick clouds covering the sky, the training match kicked off at 14:30. The Japanese team struggled against Kokoku's boys, who had better speed. In the 11th minute, Japan's defenders allowed the opponent to get behind them and become one-on-one with the Japan goalkeeper FUKUDA Mai, but they got away from it with her great save. But moments later, the opponent headed home from a corner to take a lead. Japan allowed subsequent goals in the 17th and 25th minutes and lost 0-3 in the first game.

Japan entered the second game making thorough member changes. After allowing a goal from a cross from the right flank in the 35th minute, making the scoreline 0-4, they conceded goals in the 37th, 44th, 50th minutes to give the opponents a 7-0 overall lead.

In the third game, trying to get one goal on the scoreboard, Japan, with a concept of playing collectively, put pressure from the front, but allowed Kokoku to score in the 71st and 73rd minutes and stretch their lead to 9-0. In the 85th minute, KONO Fuka, receiving a pass from MEHARA Rina, attempted to loop a shot beyond the reach of the opponents’ goalkeeper, but it was denied. The game went scoreless in the last quarter, and Kokoku wound up winning the match with an aggregate score of 9-0. 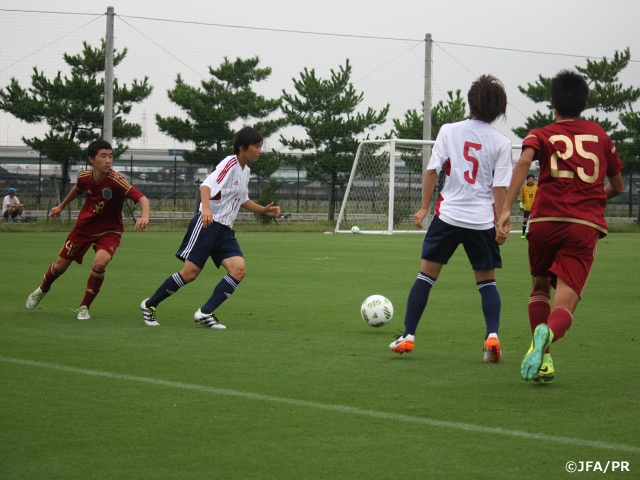 KUSUNOSE Naoki, Coach
This is a training camp for Japan Women's U-18 Team short-listed squad with the AFC U-19 Women's Championship in sight. We set our theme to share the same vision regarding the standard needed for us to win in Asia. During the four-day training, we mainly worked on the quality of passing and the intensity of approaching.

In the game we played against high school boys, we were forced to become passive against their speed and strengths, which we normally don't experience, but we eventually got used to it (in the second game). We were able to create some offensive chances occasionally. Yet our 'first defence' approach wasn't good enough and we weren't able to pressure up front or surround the opponents as well as we would like to. In order to win in Asia, we are going to have to improve the quality of our game.