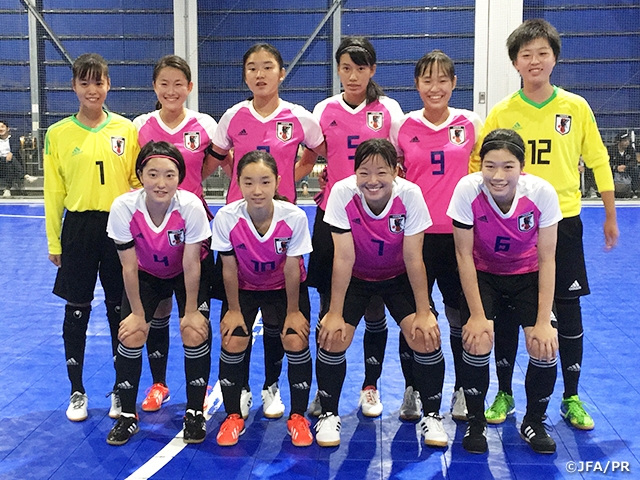 On Saturday 29 September, the U-18 Japan Women's Futsal National Team conducted their second day of the domestic training camp.

The team was seen going through core trainings in the morning, followed by a shooting drill and a half court 5 vs 5 mini-scrimmage. In the afternoon, the team worked on their set-plays ahead of the training match scheduled at night.

Just one day after the team was gathered, the U-18 Japan Women's Futsal National Team faced the Kanto Women's Select Team, a team that consists many players who has featured the national team in the past. The training match kicked-off at 20:30 and the U-18 side conceded multiple goals as they struggled to respond against the quick and aggressive pressure applied by their opponents. The team conceded the first goal in the first minute, followed by another goal in the fifth minute, in which both were conceded from a counter attack. Two more goals were added to the Kanto Women’s side in the 10th and 15th minute, as the first half ended with a score of 0-4. After conceding the fifth goal in the 30th minute, the U-18 side finally found their rhythm as MAEDA Miu scored their first goal in the 32nd minute, followed by MIYAMOTO Mai’s 34th minute goal. ABE Mirano fired a powerful shot to score the final goal in the closing minute to end the match with a final score of 3-6.

The team will now attend the inauguration ceremony on Sunday 30 September, along with other athletes and staffs who are attending the 3rd Youth Olympic Games before departing to Argentina. 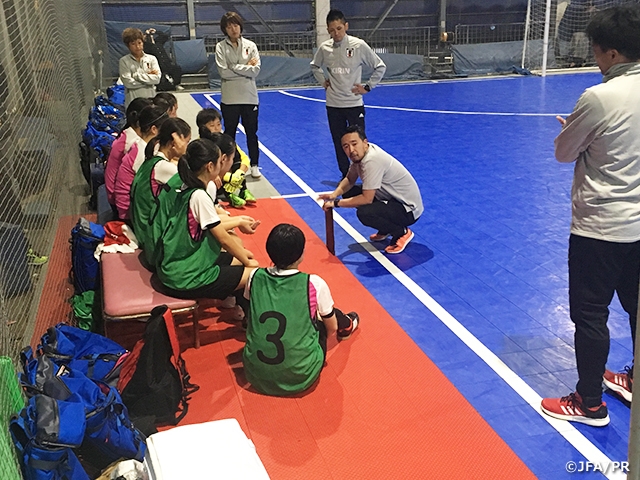 FP #4 MAEDA Miu (Fukui Maruoka RUCK)
Although we lost the match 3-6, we managed to display some of our attacking patterns we have been working on in our trainings. We also managed to score from set-plays so that’s something we need to keep working on. We must all review how we conceded the goals today and make the necessary adjustments as a team. From here until our first match of the tournament, we will take each training session seriously and enter the tournament with a positive vibe.

FP #7 MIYAMOTO Mai (Kyoto Seika Gakuen High School)
It took us a while until we got used to our opponents in this training match and conceded multiple goals in the early minutes, which is something we must improve on. However, I am glad that I was able to score a goal and managed to keep up with my marking player. At this Youth Olympic Games, I will play with pride and confidence that I am representing my country. Also, as an individual player, I will perform so that I can entertain the spectators, while enjoying myself at the same time. We will give our best to earn positive results while we enjoy ourselves.