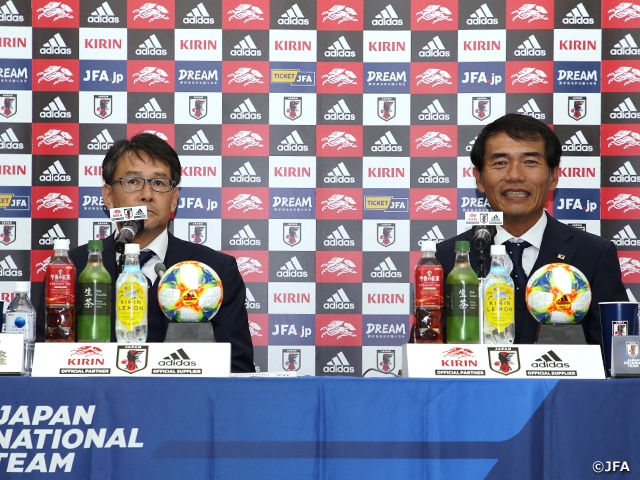 Ahead of the FIFA U-17 World Cup Brazil 2019, which will kick-off on Saturday 26 October, the Japan Football Association (JFA) announced the squad of the U-17 Japan National Team on Friday 4 October at JFA House in Tokyo.

At the press conference, JFA Technical Director SEKIZUKA Takashi and coach MORIYAMA Yoshiro took the podium to share their aspirations. The tournament was originally supposed to take place in Peru, but it was announced in March 2019 that the tournament will be held in Brazil and that the tournament dates will be pushed back to late October. Keeping in mind of this entire circumstance, technical director Sekizuka mentioned, “With the support and efforts of everyone involved, we are now able to announce our squad. I will like to share my sincere gratitude towards all the support.”

Coach Moriyama, who will be leading the Japanese squad for the second straight FIFA U-17 World Cup, followed by stating, “With the support of so many people, we were able to make the selection of these players. I am very glad that we can now enter the World Cup.” 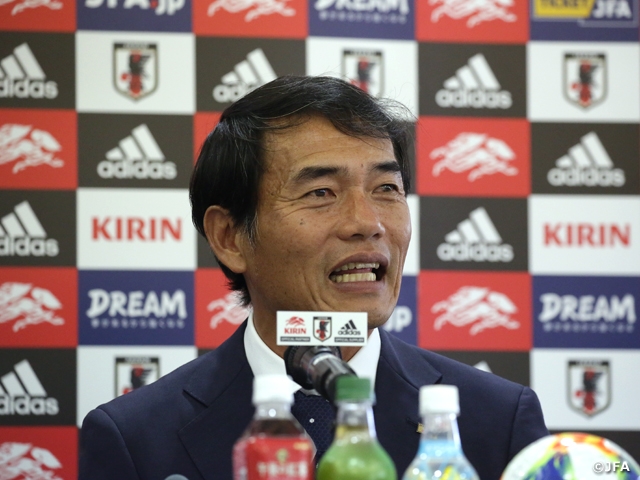 “It is the first time for Japan to see both the U-20 and U-17 teams entering consecutive World Cups. The players who experienced the World Cup at the U-17 category goes onto play at the U-20 category and eventually goes onto play at the Olympics and the World Cup with the senior team. In order to develop players with plenty of international experience who can lead the senior team in the future, this World Cup will be a very important tournament.”

The coach also mentioned regarding NISHIKAWA Jun (#10) and SUZUKI Zion (#1), who were both named in the U-20 squad at the U-20 World Cup in May, “They both showed strong determination to play at this U-17 World Cup.” 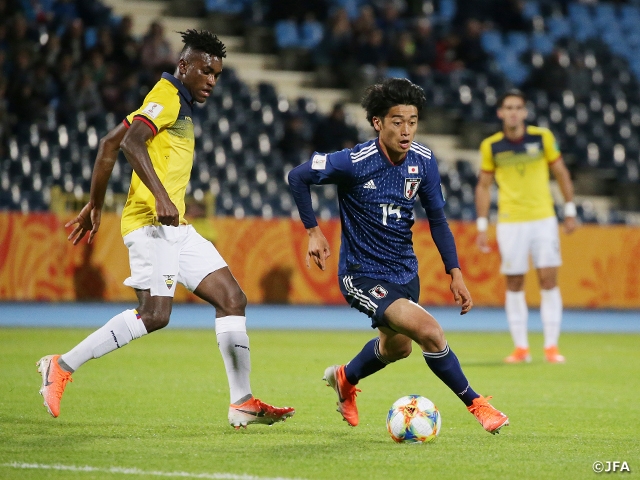 The U-17 Japan National Team will hold a training camp in Chiba on Tuesday 15 and depart to Brazil on Wednesday 16. The team will train in Brazil before playing their first group stage match against the U-17 Netherlands National Team on Sunday 27.

MORIYAMA Yoshiro, Coach of U-17 Japan National Team
This team consists with many intelligent players who are good at combining with teammates and executing team plays. In order to take the initiative of the match, I will have everybody get involved in both offence and defence. This group is capable of showcasing a style only Japan can execute. They can unite as one and put up a strong fight when needed. Each player is willing to contribute for the team and give their utmost efforts until the very end. As the Asian champions, we hope to enter the World Cup with great confidence. After watching the U-20 World Cup, the difference between teams who were eliminated at the group stage and those who reached the semi-finals were very marginal. The difference may come from a mere goal or a single point. Our team was grouped into arguably the toughest group of all, so we will fight hard as a team to earn that extra goal and extra point.

SEKIZUKA Takashi, JFA Technical Director
We would like to see coach Moriyama, his staffs, and the players showcase a wonderful performance at this world stage. In order for them to do so, we will give our best efforts to support the team.