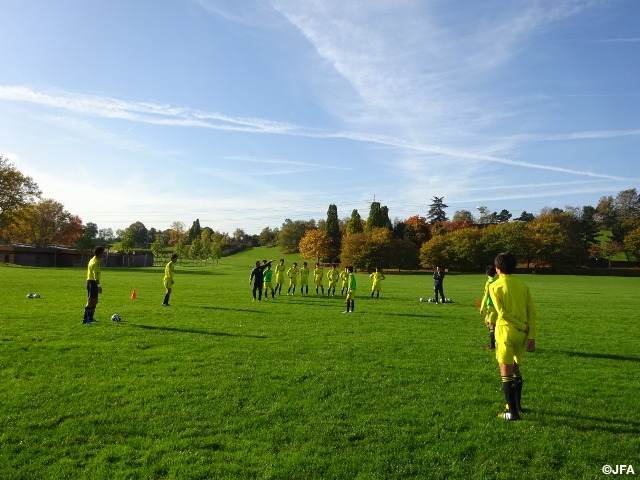 Losing the game against Belgium yesterday, U-15 Japan has no chance of becoming a champion. But it is important for them to play remaining games to find out what’s needed to improve for their future.

They started training from 10 in the morning preparing for the said game against France. In 30 minutes of beginning, it was divided to two groups – one for players on the pitch yesterday and another for who wasn’t. The players who played long time yesterday spent 20 minutes for running and stretching for relieving their fatigue. Another group spent long minutes on 3-on-3, taking a right position while watching player who holding onto the ball. 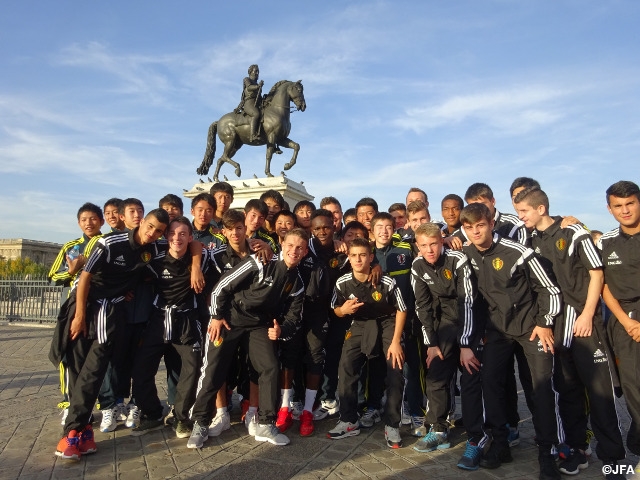 In the afternoon, the team went for official tour arranged by the host organization. All the players and staff of four teams – France, Netherlands, Belgium and Japan got on board in the same boat and enjoyed the views from pleasure boat on the Seine. They had a good time watching and taking picture of the Louvre Museum, the Eiffel Tower, Notre-Dame Cathedral. It will be invaluable experience for young players to have off-the-pitch communication. After getting off from the boat, they were taking pictures cheerfully with other teams’ players. 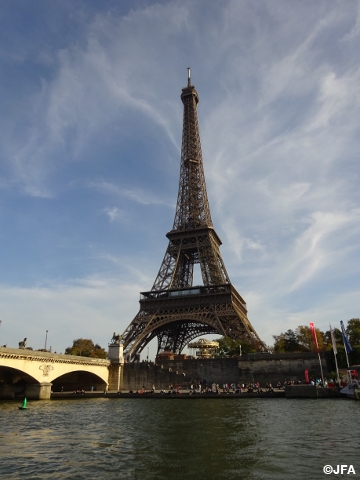 YOSHIDA Shun (Shimizu S-Pulse Junior Youth)
I am very disappointed we will not able to play against France without the championship at stake. We scored opener for both games against Netherlands and Belgium but we were beaten for coming from behind because of lack of our perspective in the game. We should have set a direction for the team. After the game, we had a discussion reviewing the game and agreed with what should we do. I must admit there was some easiness in off-time and I am going to make every effort to get ready for the game against France. Aiming to get the good quality as well as good result, I want to run as hard as I can and fight till the end of the game so that this trip was useful to participate.

MIYAJIMA Yu (Nagoya Grampus U-15)
Holding series of training and game, I think I have been improving I always played taking care of the other side of pitch, unmarking the other side’s defence and making a quick switch. In the game against France, I am going to make a right judgment when to attack to upfront and dribble to the front. We ended up losing two games so far but I am determined to win tomorrow by all of the squad running hard.