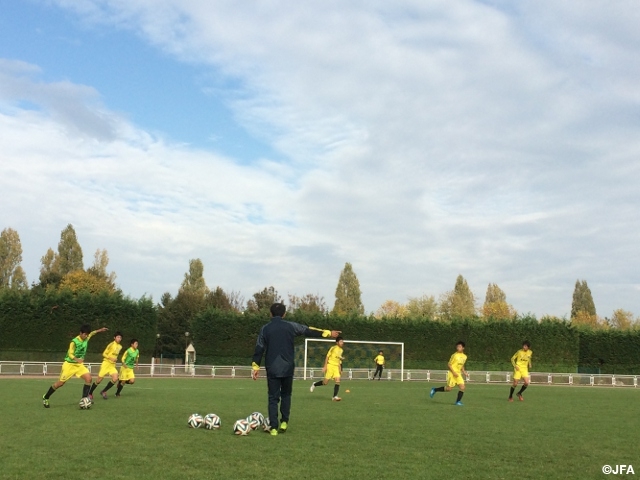 The day after the loss in their match, the 99JAPAN started their preparation for the coming games from tomorrow. In the morning, they held a meeting, in which they watched their match video. As the players were struggling with the high pressure the opponent’s were exerting, they discussed the possible reasons why it happened and about how to avoid it in order to take control of the match. They also reviewed the moment when they conceded a goal, and realised that they had to fix their attacking formation, which they used when the ball was intercepted.

In the afternoon, they repeatedly practiced the attacking pattern with a swift approach to the ball and balanced movement, in order to fix the issues they had discovered in the morning meeting. Then they had a game against practice opposition for tomorrow’s match, and shared the fact that they can find a big space if they get past the pressure of the opponent’s forwards.

Tomorrow’s match against Belgium is essential for them to get fully ready for their last match.
After dinner, they celebrated the athletic coach Namiki’s birthday altogether. The players burst into laughter when Namiki himself came to the room holding his own birthday cake and singing happy birthday song alone. They finished their day in good spirits. 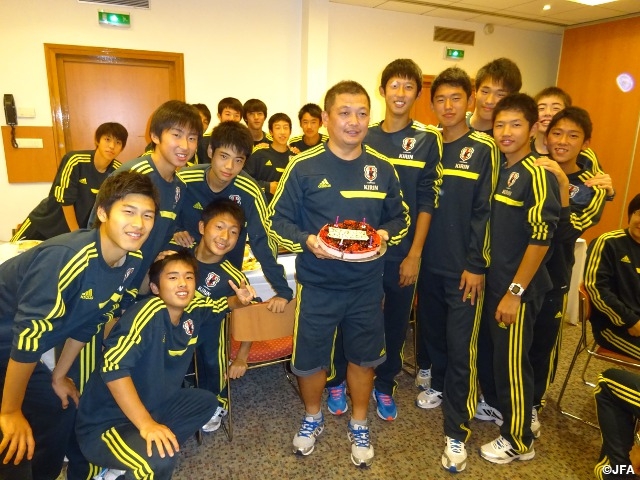 IZAWA Haruki(JFA Academy Kumamoto Uki/Sorisso Kumamoto)
We practiced carrying the ball toward the areas with space and stopping the ball once before judging the next movement. It’s vital to ‘see around’ before receiving the ball in order to carry it to into the space. I’d like to continue practicing this consciously. In yesterday’s match against the Netherlands, I found the opponent’s players were all bigger and faster. Since I think we still lack pace, I’d like to forecast the movement and use my body as much as possible. I will try my hardest in the coming two matches, so that I can understand ‘the current state’ of myself and of my team.

TANAKA Riku (Kashiwa Reysol U-15)
In today’s session, I tried to see the opponent’s situation carefully in order to use the space, and to take the ball into the wide areas, where the opponent wasn’t defending. We learned that we couldn’t fight against the level of pressure from yesterday’s loss. From now, I feel we have to alter our state of mind even more, so that we can play internationally. We can improve ourselves with better positioning and use of space. So I’d like to practice that.
I want to challenge without fear in the coming games from tomorrow. I’ll try my best to win the game, and get three points. 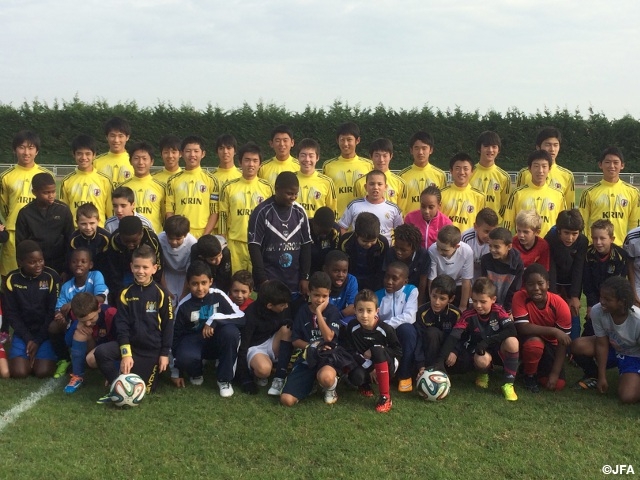