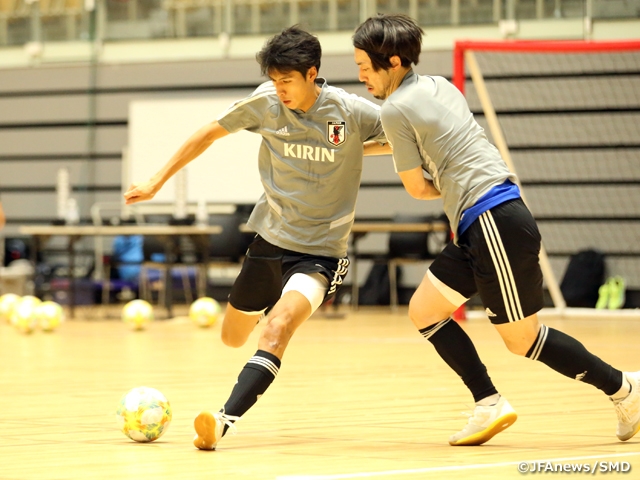 The session was opened to the media for the first 15 minutes, where all 16 players were seen working up a sweat ahead of their first match against Thailand. Coach Bruno GARCIA gathered his veteran players to hold a brief meeting before the session, followed by warmup drills led by physical coach SHIMOJI Tatsuaki.

The final shooting drill was also opened to the media, as the players showcased great enthusiasm as they went through the drill.

Ahead of the session held by the Japan Futsal National Team, the Thailand Futsal National Team also held their training session on his day, after arriving in Japan on the day before. Their session was also opened to the media for the first 15 minutes as the Thai players were seen going through their set-pieces followed by a possession drill to go over their combinations.

The two teams have faced each other in February, where Japan won consecutive matches. With both teams gearing up for next month’s Eastern Asia qualification round for the AFC Futsal Championship 2020 Tajikistan, this match will serve as an important test match for both sides.

Bruno GARCIA, Coach (Japan Futsal National Team)
We were able to conduct a very productive training camp to prepare for this match, and I am feeling very good about this match against the Asian powerhouse. I have named 16 players in our roster, and I am planning on utilising every player in the first match. How we play in the second match will depend on our performance from the first match. Our days spent in Nagaoka have been full of surprises and we hope to give back to the people of Nagaoka for their warm hospitality. Through this match, we hope to send a message that “the Japan Futsal National Team can showcase a wonderful performance like this,” to the entire nation. 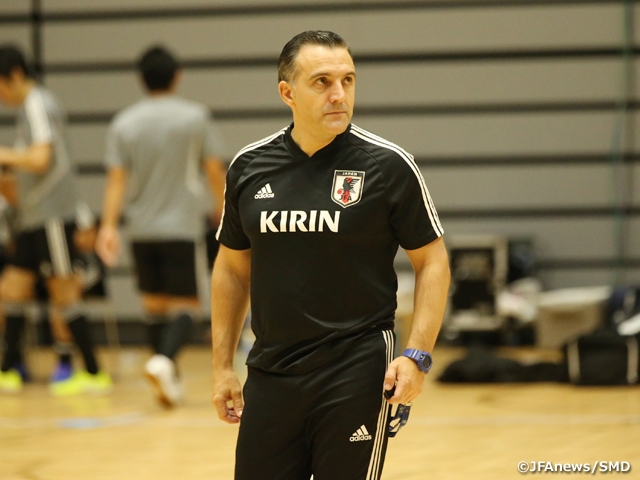 FP #4 SHIBANO Sota (Vasagey Oita)
Through the training camp, we were able to deepen our understandings on the team strategy and set-pieces. With players like HIRATA Neto Antonio Masanori and SHIMIZU Kazuya, who plays for clubs abroad, missing the training camp, I know that my spot on this roster is not secured. That is why I must score goals in order to make a case for myself during these matches.

FP #8 TAKITA Manabu (Pescadola Machida)
The next year will be a crucial time for us. We must be able to fight through while enjoying ourselves through the competitions. Thailand is a very strong opponent and we are given a wonderful environment to face such team. It is a rare opportunity for the Japan Futsal National Team to play matches in Japan, so we hope to prepare ourselves in the best way possible to perform a match that will give us momentum for the AFC Futsal Club Championship. We would like to display a performance that can show the fans of Japan what the Japan Futsal National Team is all about. 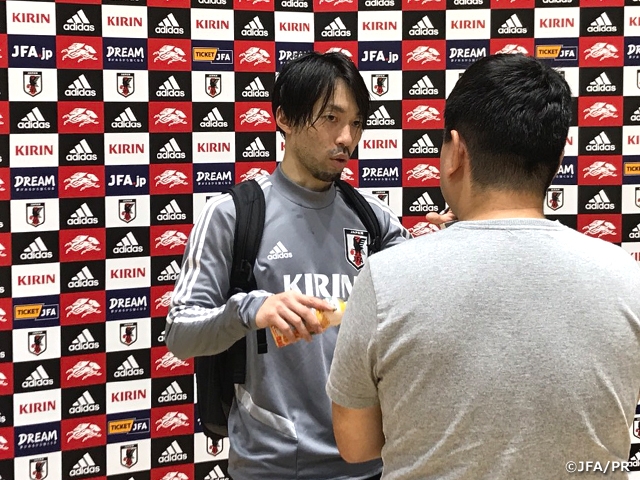 FP #16 TAMURA Yuki (Shriker Osaka)
We have been able to conduct a productive training camp to get ourselves on the same page in terms of team strategy and systems. When I am given the opportunity to play on the court, I will do my best to showcase my strengths while implementing the team concept. This will be my first international match, but I have played against Chonburi Bluewave at the AFC Futsal Club Championship. Our team lost in that match, so I will enter tomorrow’s match with a sense of revenge and try to showcase a positive performance.

Jose Maria PAZOS MENDEZ, Coach (Thailand Futsal National Team)
Tomorrow’s match will serve as an important preparation match for us ahead of next month’s AFC Futsal Championship. Along with Iran, Japan is one of the strongest teams in Asia. We only had two training sessions before this match, and this is our first training camp since February, but through this match we hope to find out where we stand in Asia and get our team prepared to face teams like Japan and Iran at the AFC Futsal Championship. 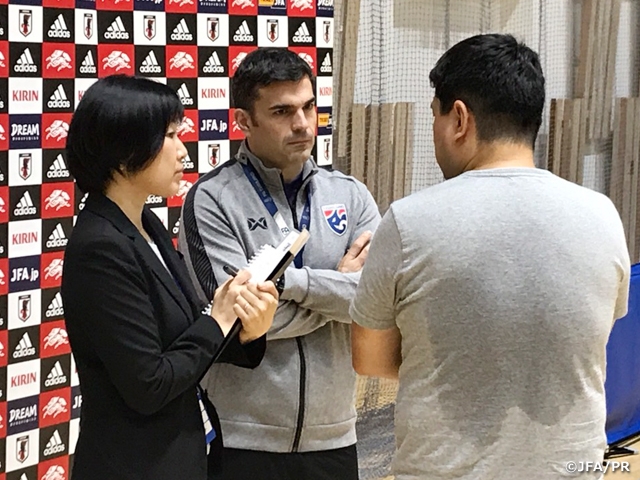