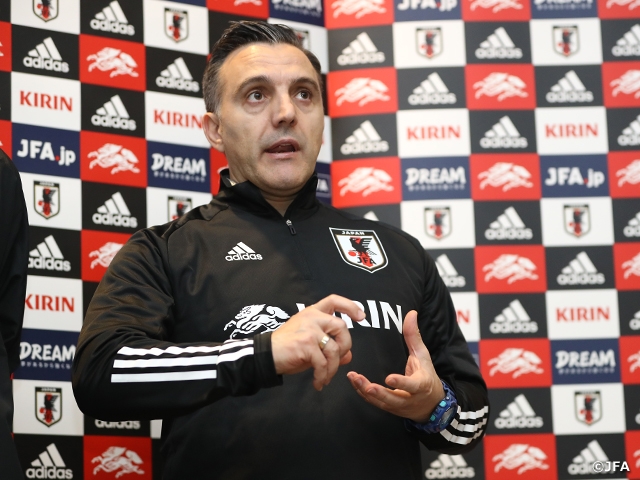 One day ahead of their international friendly match against the Paraguay Futsal National Team, the Japan Futsal National Team held a training session at the match venue, Hokkai Kitayell, Hokkaido, on Tuesday 18 February. During the official press conference held after the training session, coach Bruno GARCIA shared his aspiration, “We will showcase a spectacular match tomorrow.”

Although it was announced that the AFC Futsal Championship, which was supposed to take place from 26 February, has been postponed, the Japan Futsal National Team conducted their scheduled training camp and the match against Paraguay will take place as scheduled. Despite the irregular circumstance, coach Garcia mentioned, “The AFC Futsal Championship has been postponed, but we will continue with our selection process to construct the final 14-man roster out of these 16 players. The postponement will give us extra time to polish up our final roster.”

Japan’s opponent, Paraguay, has already clinched the Futsal World Cup 2020 by finishing third at the South American qualifiers, which took place between Saturday 1 and Sunday 9 February in Brazil. When asked about their opponent, coach Garcia commented, “They are one of the best teams, not only in South America, but in the world.” The coach continued by sharing his aspiration ahead of the match, “We will showcase a spectacular match tomorrow, so please keep an eye on our match.”

During the official training session, which was opened to the media for the first 15 minutes, the players were seen going through drills to work on their ball touches. A Hokkaido native, SEKIGUCHI Yushi, showed his excitement for the match, “This is our first national team match played at Hokkaido in seven years. Last time it was held in Asahikawa, and this will be our first time playing in Sapporo, so I am looking forward for this match. We will give our utmost efforts to showcase an improved version of ourselves towards the fans in Hokkaido.” 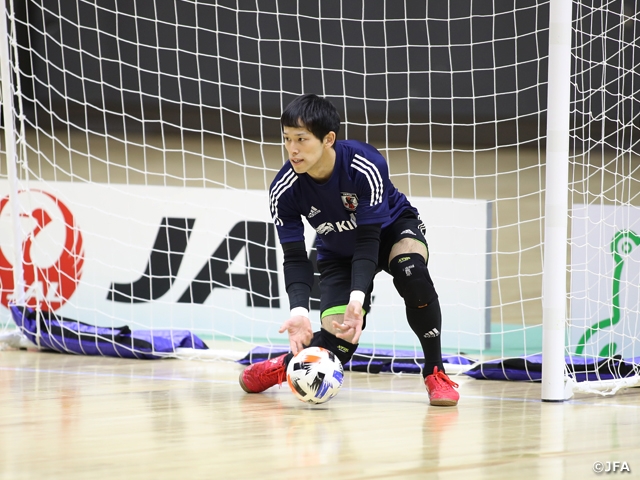 After arriving to Japan on Sunday 16 February, Paraguay took the day off to recover from the long travel. With the team consisting 10 players who fought through the South American qualifiers, coach Carlos CHILAVERT shared his confidence ahead of the match, “Our conditions will recover by tomorrow, so we should be able to showcase a good match.” 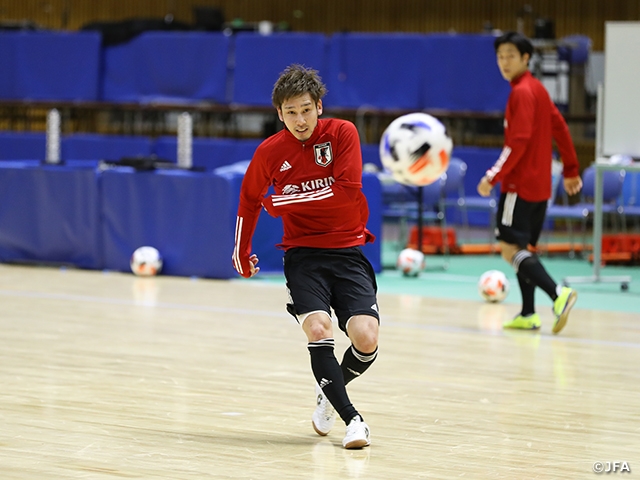 Bruno GARCIA, Coach (Japan Futsal National Team)
Tomorrow, we will showcase a spectacular match for those who are planning on watching the match at the arena and those who are interested in our match, so please keep an eye on us. We are confident that we can play with a positive vibe and display a wonderful match against Paraguay, who is one of the strongest teams of the world.

Carlos CHILAVERT, Coach (Paraguay Futsal National Team)
Tomorrow’s match will be a very important match for us, as we seek to find out where we stand in the world. We would also like to enjoy the match against Japan, who is preparing for the Asian qualifiers. Japan is a very discipline team who can showcase a very aggressive defence. They also consist with players with great techniques and speed, so this match will present us with a great challenge.

FP #3 MUROTA Yuki (Pescadola Machida)
To be able to play an international friendly match at my hometown as a member of the Japan Futsal National Team, is a once in a lifetime experience, so I am looking forward for the match. My family and friends will be watching, so I hope to showcase a good performance. Although the AFC Futsal Championship has been postponed, we will continue to focus on getting our jobs done. We are not affected by the circumstance and we will continue to prepare ourselves for the match.

FP #6 YOSHIKAWA Tomoki (Nagoya Oceans)
This will be my first time playing at this venue wearing the Japan National Team jersey. Espolada Hokkaido has been attracting many fans at the F.League, so we should be able to play a match under a very positive atmosphere. This venue is a tough place to play as an away team, but this time we will be playing as the home team, so I am looking forward for the experience.

FP #11 HOSHI Shota (Nagoya Oceans)
I have seen a sold out crowd at this venue when facing Espolada Hokkaido. I have the impression that the fans of Hokkaido are very warm welcoming, so I am looking forward for their support tomorrow. We hope to keep our focus level high and showcase our strong defence, set-pieces, and counterattacks against Paraguay. Our opponent has just arrived in Japan, so we should be able to take advantage of the situation. We hope to find out how we can cope against a team who has already clinched the World Cup.