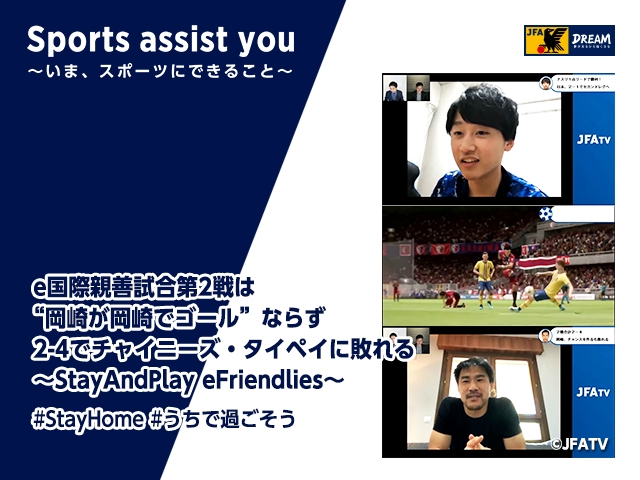 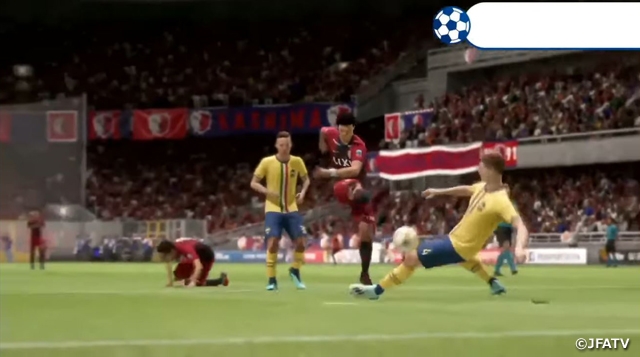 In the first leg, Web Nasri selected his own club Kashima Antlers, while his opponent CHIN Yu-long from the Chinese Taipei eNational Team selected Piemonte Calcio, an original team from the game which consists players like Cristiano RONALDO. Following his 2-0 victory over Malaysia in the first match, Web Nasri showcased great aggression from the early minutes, but fell short from breaking through the opponent’s solid defence. The first half ended scoreless with Web Nasri keeping 56% of ball possession.

Web Nasri later revealed that he was told by Okazaki, “Pass me the baton with a three goal lead.” With that in mind, Web Nasri managed to score the first goal in the 51st minute and made two player changes in the 70th minute in efforts to extend the lead, but conversely conceded the equaliser soon after. Despite allowing the opponent to level the match, Web Nasri scored the game winner in the 82nd minute to hand over the team’s fate to Okazaki’s second leg with a one goal lead. 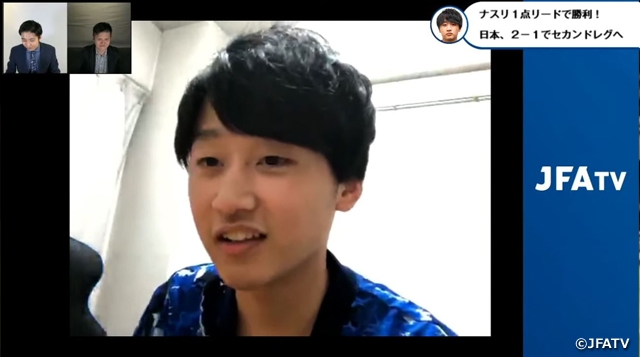 The second leg saw Okazaki select his own club SD Huesca, while U-18 Chinese Taipei National Team’s Benson LIN chose Borussia Dortmund. Despite showcasing a shaky start in his first match, Okazaki managed to keep his composure from the early minutes of this match. Okazaki came close to scoring the opener in the 14th minute, when he controlled his own character in the game to strike a header, but his attempt was denied by the goal post. However, it was Lin who controlled the match, as he captured the opening goal in the 20th minute, followed by his second and third goal in the 68th and 72nd minute to win the second leg 3-0, as Japan conceded a loss with an aggregate score of 2-4.

Following the match, Okazaki reflected on his performance, “Okazaki’s assessment score was 4.5 (out of 10 points) and I am disappointed that I couldn’t score using Okazaki.” The Japanese international continued by stating, “I need to play with more composure, especially facing a strong opponent. I will try to do better in our next match.” 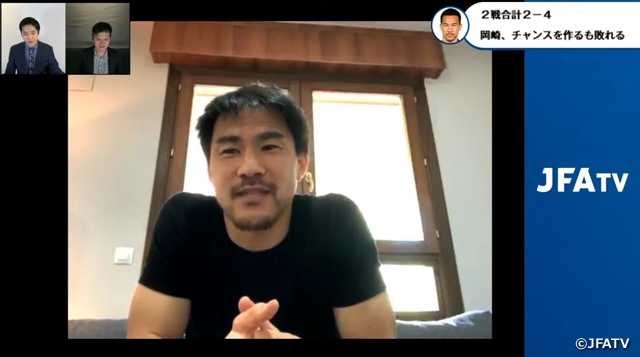 With this result, Japan now has one win and one loss, and they are scheduled to face Singapore on Friday 24 April at 19:00.

Web Nasri (Kashima Antlers)
I feel like I was able to play with great composure today, but I wanted to score more goals. The competition was very close in the first half, so I focused not to make mistakes and adjusted my playstyle accordingly. My opponent came out with a defensive approach, but I was confident that I could score if I kept my shots low. The second goal came from a player I just substituted in the second half, so it turned out to be a powerful shot. It was disappointing that our team lost today, but we just have to rest our minds ahead of our next match, and I hope to setup an easier situation for Mr. Okazaki next time.

OKAZAKI Shinji (SD Huesca/Spain)
I was disappointed as if I lost a game in real life. This match really exposed my lack of creativity in the final third. However, I did manage to create some good opportunities, so my opponent was simply better than me. Okazaki was not able to score a goal with Okazaki in today’s match. I was able to play freely in the flanks, but my opponent lured me towards the central area. I might be dreaming about this match tonight. Okazaki’s assessment score was 4.5 in today’s match. Some managers might give me 6.0 for my defensive efforts. These matches will exhaust your minds like a real sport. It means a lot for me to have a one day rest ahead of next match against Singapore. I need to play with more composure, especially facing a strong opponent. I will try to do better in our next match.