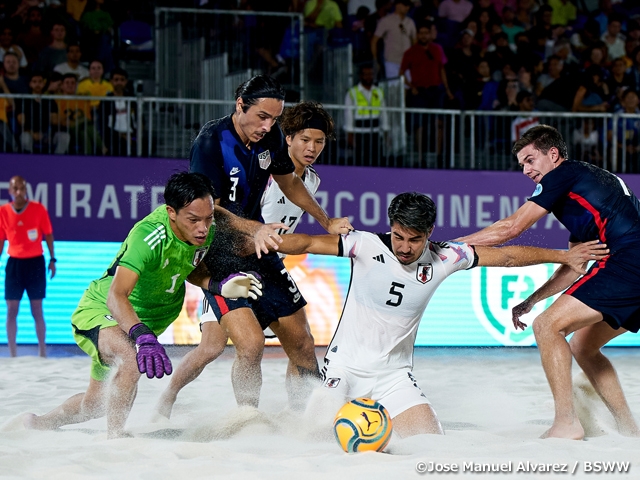 Japan prepared well for the encounter against a team they had faced in their opening group stage match. They once again successfully defended against the opponents' attack-minded goalkeeper by preventing him from taking shots or delivering effective passes into the attacking third.

While preventing the opponent offence from creating chances, Japan scored the opening goal in the ninth minute, when UESATO Takumi (Tokyo Verdy BS) assisted the goal of MOREIRA Ozu (Tokyo Verdy BS) from a counterattack, which turned out to be the only goal scored in the first period.

In the second period, OBA Takaaki (Loewe Yokohama) opened the action by delivering a spectacular individual effort to score an over-head shot to double the lead. In the 11th minute, KIBUNE Yuki (Averdade Kumamoto BS) responded to a quick feed from the goalkeeper before redirecting the ball to MATSUO Naoya (Averdade Kumamoto BS), who converted the ball into the net to give Japan a 3-0 lead.

Japan continued to play with great composure in the third period, keeping a good balance between each other while also applying enough pressure to keep the opposing goalkeeper at bay. In the fifth minute, SAITO Gaiya (Sol Mar Praia Okinawa) made a tenacious effort to win the ball in the midfield, allowing Kibune to deliver a pass to YAMAUCHI Shusei (Tokyo Verdy BS), who scored the team’s fourth goal of the match. 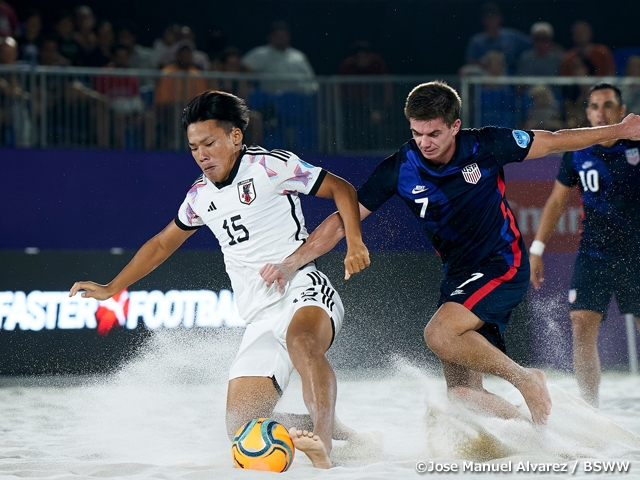 As a result, Japan won the match 4-0 to finish the tournament in fifth place.

FP #7 OBA Takaaki (Loewe Yokohama)
Today we played in the fifth place match against the USA, the same opponent we faced in our first group stage match. With this being our final match of this tournament, we wanted to finish strong before the Neom Beach Soccer Cup, scheduled to take place in Saudi Arabia next week, so I am glad we were able to win the match. The results reflect some of the team improvements we've made during this tournament, but there are still some areas where we still need to improve. We will continue to make the most of the time we have left and move forward with the goal of advancing through the Asian qualifiers. I would like to thank all our supporters who came to the venue to cheer for us, those who supported us through the internet, and all of you who have been supporting the national team.

FP #8 MATSUO Naoya (Averdade Kumamoto BS)
With it being our final match of this competition, today's match was crucial in preparing for the following event. There were some flaws in our defence, but we played well as a team to keep a clean sheet. In terms of offense, we still have a lot of work to do in order to create more variations to our attacks. However, we were able to score goals on the counter, which is part of our strong points, so I hope we can continue to build on the positives while also improving on the negatives. There is not much time left until the Asian qualifiers, so I hope we can clear up the issues and focus on the results in the next tournament. 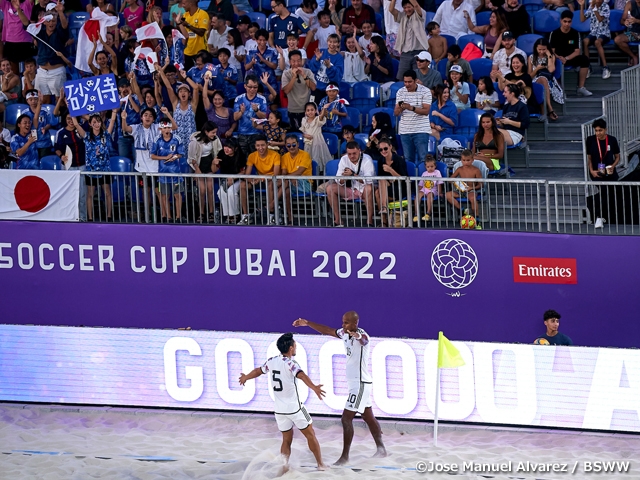