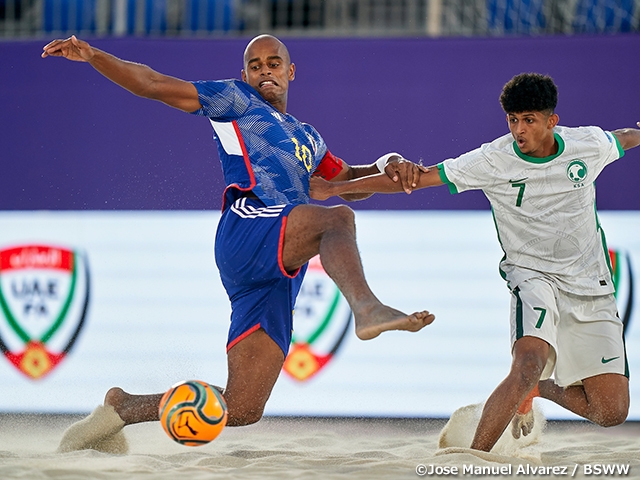 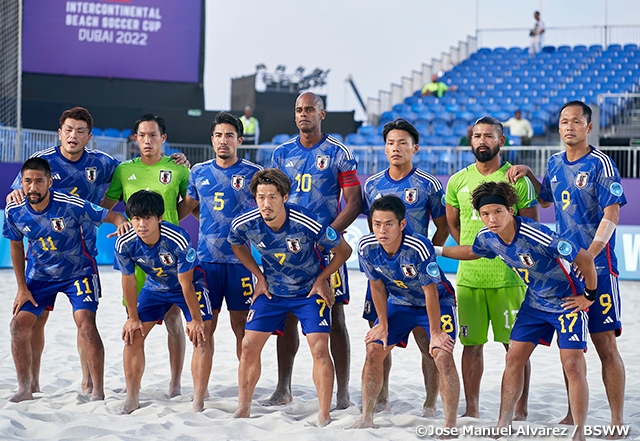 Seeking to finish in fifth place, which is the best possible finish in the play-offs, Japan took an early lead when OBA Takaaki (Loewe Yokohama) converted a free kick he earned himself in the first minute. MOREIRA Ozu (Tokyo Verdy BS) followed in the fourth minute, when he scored with a bicycle kick to double the lead. After conceding a goal in the 10th minute, Moreira scored another goal in the 11th minute, but the team gave up a goal in the subsequent play to finish the first period 3-2.

Japan continued to control the game in the second period, as Oba once again opened the action by converting a free kick in the third minute. Despite conceding a goal from their own mistake, Japan went onto a goal spree in the next four minutes. YAMAUCHI Shusei (Tokyo Verdy BS) scored the team’s fifth goal, followed by Oba’s third goal of the night. AKAGUMA Takuya (Lazo Apego Kitakyusyu) scored back-to-back goals in the sixth and seventh minute to cap off the second period, as Japan entered the break with an 8-3 lead.

With a commanding lead, Japan dominated the third period, as Yamauchi capitalised on a one-on-one in the fifth minute, before UESATO Takumi (Tokyo Verdy BS) made an overlapping run to score with an overhead shot, recording the team’s 10th goal of the match, as Japan walked away with a 10-3 victory.

As a result, Japan will now face USA in the fifth place match on Sunday 6 November.

GK #12 GINOZA Tomoya (Sol Mar Praia Okinawa)
We progressed to the consolation tournament, where we faced Saudi Arabia, who had limited experience in beach soccer. I am glad we were able to win this match. I feel that we failed to correct the mental aspects that the coach was referring to and do what we were able to do against Iran the day before, we will try to correct this in the next match against the USA and fight with a sense of urgency. The players that did not play in the match against Iran were able to play and gain experience, which will benefit the Japan Beach Soccer National Team in the future.

FP #9 YAMAUCHI Shusei (Tokyo Verdy BS)
It was very disappointing not to reach the semi-finals, but this was an important match nonetheless, so we did our best to regroup and strive to win the remaining two matches. Despite taking an early lead, we committed some unnecessary fouls to give our opponents chances to score from free kicks. Even though they didn't take advantage of those chances today, we would undoubtedly concede many goals if we were playing a more formidable opponent. The score was 10-3, but the team still needs to make some minor adjustments and improve on our ability to make corrections and recover more quickly when we don’t have the momentum on our side. However, we should look at the positives as well. Regardless of what is at stake, I am glad I was able to score today, especially after going scoreless in the previous three matches. I will continue to strive to score goals and try to help the team win in our next match against the USA.