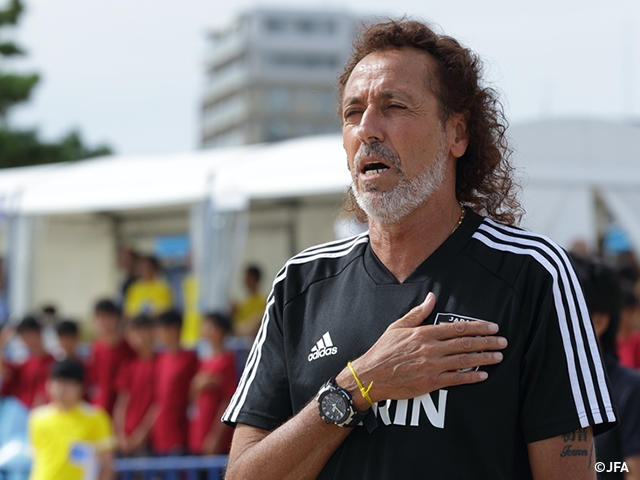 Coach RAMOS Ruy, who has led the Japan Beach Soccer National Team to the semi-finals of the FIFA Beach Soccer World Cup Paraguay 2019, will retire from the coaching position at the expiration of his term on 31 December.

The following is his final message towards the fans and supporters who have supported the Japan Beach Soccer National Team. 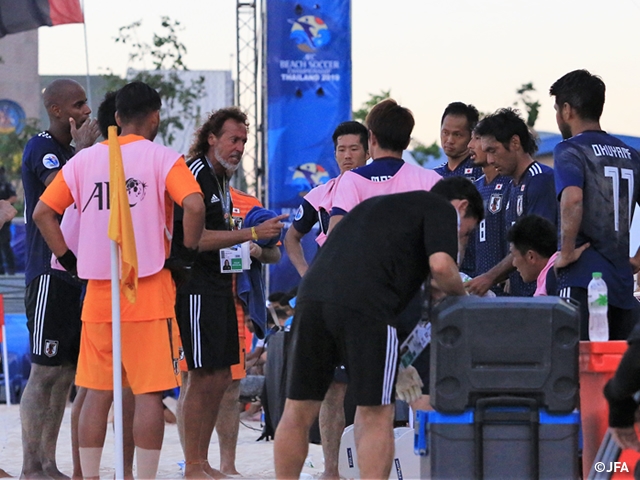 After taking over the coaching role, we devoted ourselves to prepare for the tournament within the limited time and managed to defeat the Iran Beach Soccer National Team at the quarterfinals, who was ranked second in the world at the time. We ended up winning the AFC title and earned our spot into the FIFA Beach Soccer World Cup. For me this was my third AFC title and I was very proud of this achievement. 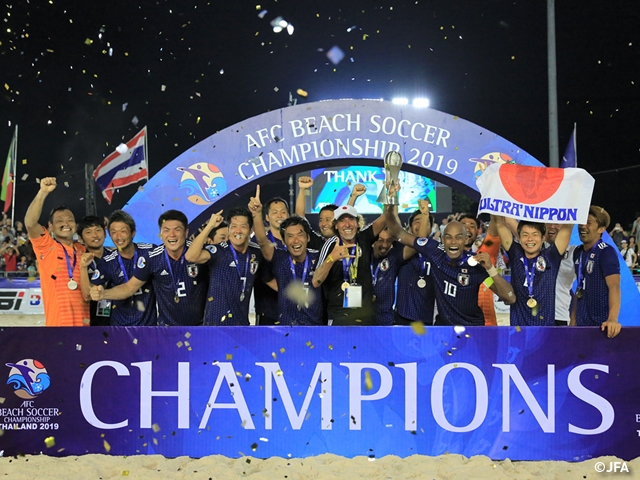 As a coach, the FIFA Beach Soccer World Cup Paraguay 2019 was my fifth appearance at the World Cup, and we were able to finish in fourth place for the second time. We lost a close match against the Portugal Beach Soccer National Team at the semi-finals, and although we were left with great disappointment, I feel that we were still able to regain our position in the world.

When I suffered a stroke in 2016, many people had expressed their doubts about my ability to continue as the coach for the national team. However, President Tashima, my family, and many people have kept their faith in me, and I am very thankful for all the support I have received over the years. The SAMURAI BLUE (Japan National Team) have also sent us a message to encourage us before the World Cup, and I would like to take this time to thank them for their kind words.

Lastly, I would like to thank all the players, players’ club teams and workplaces, staffs of the association, supporters, and everybody who has supported us over the years. Without your support, I wouldn’t have been able to complete my job as a coach. I feel very fortunate and grateful to be given this opportunity. I would also like to thank all of the sponsors of the Japan National Team. Thank you so much for your understanding and support.

I hope you will continue to support the Japan Beach Soccer National Team. 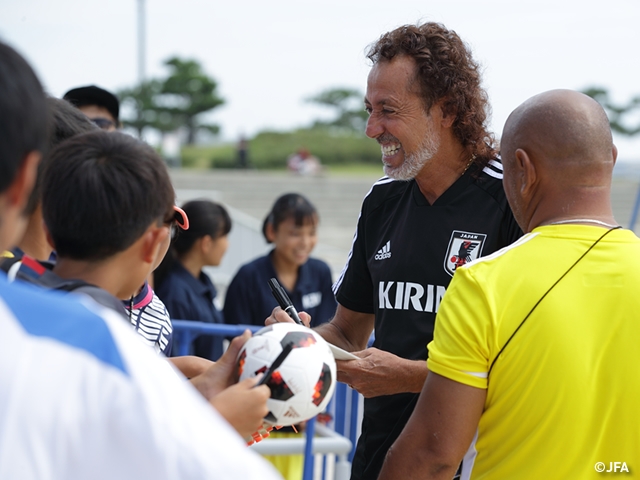